Price Realized: $ 5,000
Price Realized: $ 6,250
?Final Price Realized includes Buyer’s Premium added to Hammer Price
Estimate: $ 3,000 - $ 4,500
(ASIA AND SOUTH SEAS)
Folio entitled Meine Reise [My Trip] with more than 180 Grand Tour photographs of destinations throughout the Near and Far East and South Seas by local commercial photographers.
The two-year long journey aboard the ship Coromondel, a passenger liner that was launched in 1885 and operated by the Oriental Steam Navigation Company, started in Suez and terminated in Bombay. This exotic voyage resulted in an assortment of handsome views acquired from local photographers, with the usual selection of indigenous studio and "en plein air" portraits, street scenes in metropolitan areas like Adelaide and Sydney, a preponderance of pastoral and picturesque views, lovely studies of geishas, and a 2-part panorama of Aden. The liner traveled thousands of miles and stopped in Australia (58), Batavia [Jakarta] (20), Ceylon [Sri Lanka] (6), China (2), Hong Kong (17), India (18), Japan (38), the Philippines (22), and Singapore (10). Albumen prints, the Japanese set hand-colored, the images measuring 10x8 inches (25.4x20.3 cm.), and a few smaller, and the reverse, generally cornered in 2 per sheet, many with captions or notations in the negative, and a caption, in ink, below the image on mount recto. Large folio, gilt-lettered boards, soiled and bowed; lacks backstrip which has been replaced with multiple strips of tape. 1890-91

Aside from stops in Australia, where the passenger visited cosmopolitan urban centers, most of the photographs depict picturesque spots in exotic locales. There are also beautiful examples of occupational and/or typological outdoor and studio portraits, especially in Batavia, Ceylon, Japan, and Manila. 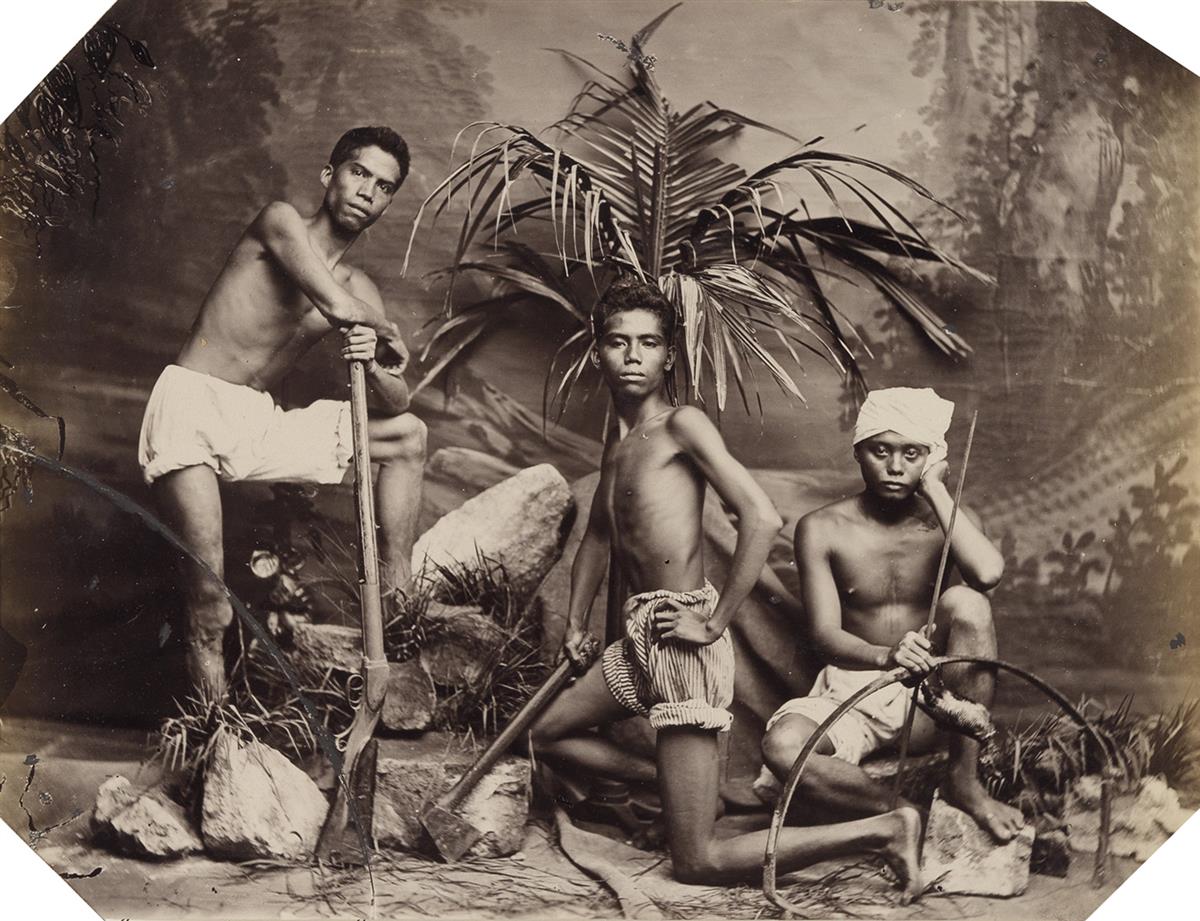