Price Realized: $ 9,000
Price Realized: $ 11,250
?Final Price Realized includes Buyer’s Premium added to Hammer Price
Estimate: $ 6,000 - $ 9,000
(NASA--SPACE EXPLORATION)
An expansive archive with 350 photographs chronicling the wealth of outerspace missions and lunar explorations undertaken by NASA over a period of four decades.
With innumerable iconic images depicting important crewmembers such as Buzz Aldrin, Neil Armstrong, Bruce McCandless II, Mae Carol Jemison, among a host of others, photographed during the various Gemini, Apollo, and Skylab missions, as well as other national space programs. The photographs mostly appear to have been taken during active missions, of astronauts in flight and partaking in spacewalks, with views of the Earth from above, and lunar landscapes, though a large number of the images were taken on Earth (mostly at the Lyndon B. Johnson and Kenndy Space Centers). These images show astronauts in training, during press conferences, and preparing for liftoff, alongside photographs of fiery launches, and returning touchdowns. Silver (91) and chromogenic (263) prints, the images measuring approximately 8x10 inches (20.3x25.4 cm.), some slightly larger, and the reverse, nearly all with a NASA credit and inventory number in the negative, and nearly all with a memeographed or typed caption, with detailed information, locations, and dates, on verso. 1960-2002 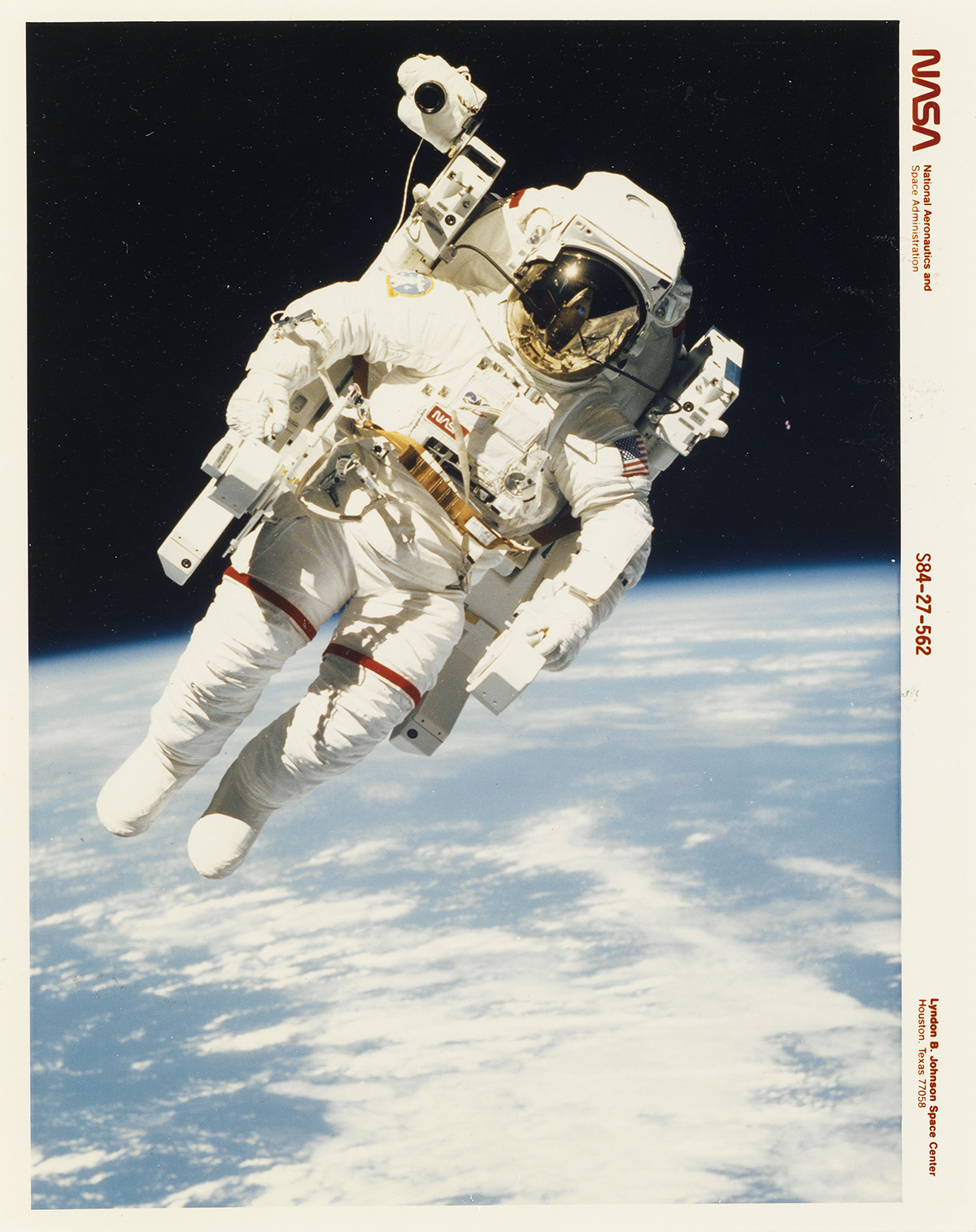