Price Realized: $ 130,000
Price Realized: $ 161,000
?Final Price Realized includes Buyer’s Premium added to Hammer Price
Estimate: $ 70,000 - $ 100,000
GRAPPLING WITH GRAVITATION ON THE EVE OF PUBLISHING HIS GENERAL THEORY (SCIENTISTS.) EINSTEIN, ALBERT. Group of 5 Autograph Letters Signed, "A. Einstein" or "Einstein," to Paul Hertz, in German, one in pencil, inviting Hertz to discuss his paper on thermodynamics, sharing his own frustration in confronting problems arising during the development of the general theory of relativity, noting weaknesses in the current version of the theory, and criticizing Hertz's proposed solution to the "hole argument." Together 9 1/2 pages, 8vo or 12mo; condition generally good. Vp, 1910-15
Set Alert for Similar Items

[Zürich], 14 August 1910, postcard: "I like your paper very much. But I would appreciate it if we could discuss the points of controversy in person, for a dispute in the Annals is not a pretty thing. . . ."
[Zürich], 26 August 1910, postcard: ". . . Write and tell me the exact train on which you will arrive. Then, if possible, I will pick you up at the station. . . ."
Np, 27 [July 1913?]: ". . . I will be on a long-planned ramble at the beginning of August. . . . I will be back by the middle of August . . . . Then I can also tell you why I cannot hold to the given derivation from Planck's formula."
Np, 22 August [1915]: "Anyone who has wandered about so much in the chaos of possibilities himself understands your trials very well. Indeed, you haven't the faintest idea what I, as a mathematical ignoramus, had to go through before arriving in this harbor. Incidentally, your idea is very natural and would be worth serious pursuit in any case, if it could be carried out at all, which I highly doubt, based on the experience I gained little by little during my wanderings. . . .
". . . [T]he weakest part of the theory as it stands today is that the justified transformations cannot be assessed with any degree of precision. Nor has any exact proof been found that arbitrary motions can be transformed to a state of rest. . . ."
Berlin, "Saturday" [1915]: "If I understood your letter correctly, then your concept of what I call 'adapted coordinate system' is completely wrong. What gives you the idea that a pair of such coordinate systems--with agreement at the region boundaries to boot--is required to exist [diagram] . . . ?"
The 1915 letters, written as Einstein was completing his general theory of relativity, are together over six pages in length and contain Einstein's response to Hertz's proposed solution to what has become known as the "hole argument." Einstein initially rejects Hertz's proposal, believing that it is not worthwhile to pursue a gravitational theory of the sort Hertz seemed to propose: "I did not understand the proposal for establishing a law of gravitation . . . . But I have shown in my work that a usable law of gravitation must not be generally covariant. Do you not agree with this consideration?" It would not be long before Einstein would recognize that a generally covariant theory incorporating gravitation is possible--indeed, this is a feature of his famous Field Equations published later in 1915 as part of his general theory.
Einstein's path from the earliest insight of an essential connection between gravitation and the curvature of spacetime, through to the juggling of the complicated expressions that eventually became the Einstein equations, is known from the discovery and interpretation of Einstein's notebook, found after his death in 1955. According to John Norton of the University of Pittsburgh, "the notebook also explained in detail the outstanding puzzle of why Einstein rejected these famous equations in 1913, only to return to them ruefully two years later." These letters show Einstein's thought at the crucial moment before arriving at his general theory--the climax of this puzzling and historic story.
References:
Don Howard and John D. Norton. "Out of the Labyrinth? Einstein, Hertz, and the Göttingen Answer to the Hole Argument." In Earman, Janssen and Norton, The Attraction of Gravitation. Boston, 1993.
John D. Norton. "History of General Relativity and Gravitation," accessed September 24, 2013, http://www.pitt.edu/~jdnorton/homepage/research/hist_GR.html. 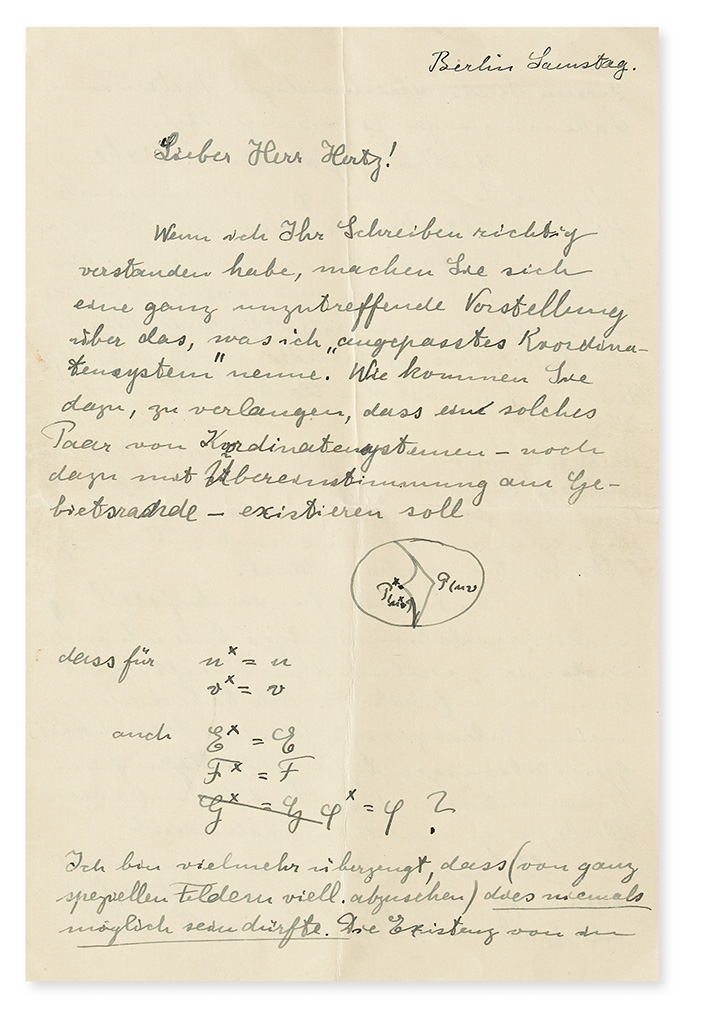 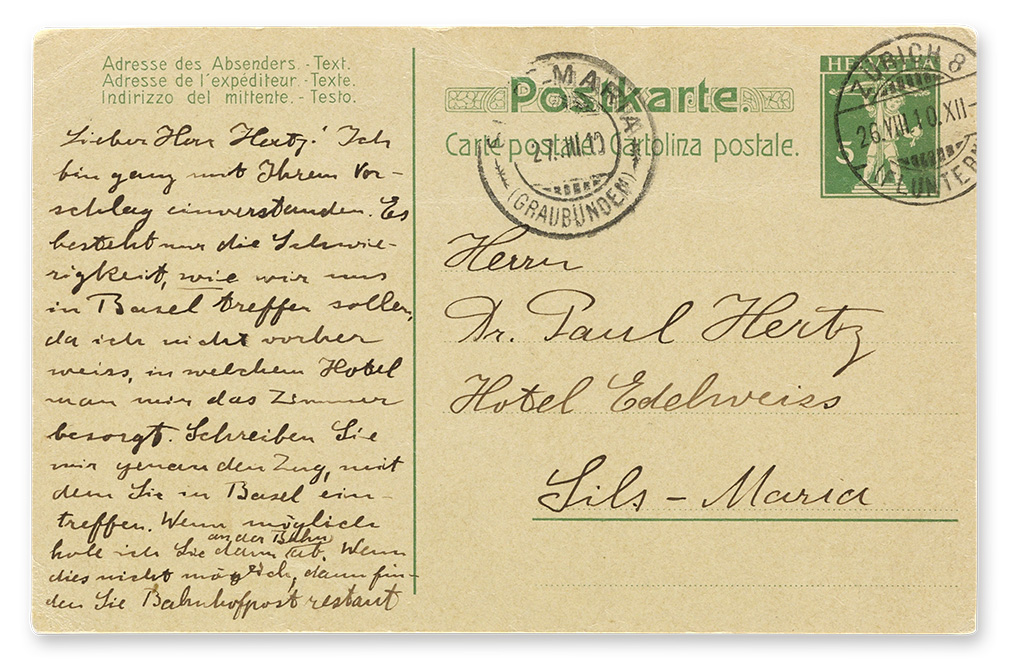