The set numbered 1/3 is located in the Bee Branch of the Chicago Public Library, funded through the Percent for Art Ordinance and administered by the City of Chicago Public Art Program, with artworks by Derek Webster and Gregg Spears. The set numbered 3/3 was purchased by the Penny McCall Foundation which gifted it to the Thurgood Marshall High School #16 in Harlem in 1997.

The seven panels from Left to Right:

4. Family Portrait. "Jet Black or Indian Red/our scale of values differs/from that of the world from/which we have been excluded,..."

5. 3 Women. "Arriving in Bronzeville/we have been killers of sheep/men of letters, women of steel"

7. Bronze relief marching R to L. "Once out of the storm/came the act of naming/our voices crackling/with resistance/rose deep from with in/and bid us rise,/& stake our claim block by block"

Weems sources a rich group of historical images for these panels. The image of the Union soldiers marching is a detail from a Memorial to Robert Gould Shaw and the Massachusetts Fifty-Fourth Regiment, the 1884 bronze relief sculpture by Augustus Saint-Gaudens in Boston. The two images of foot washing ceremonies are taken from photogravures by Doris Ulmann in her and Julia Peterkin's 1933 book Roll, Jordan, Roll. The processional image is from a 1941 photograph by Russell Lee Part of the processional of an Episcopal Church, South Side of Chicago, Illinois. Lee was a white photographer who, like Gordon Parks in Washington, DC, was working for the Farm Security Administration documentary photography division. And finally, the central image is from a photograph circa 1915 entitled Portrait of the Morris family, a family which moved to Chicago during the Great Migration and lived on the South Side, in the collection of the Chicago History Museum.
Set Alert for Similar Items 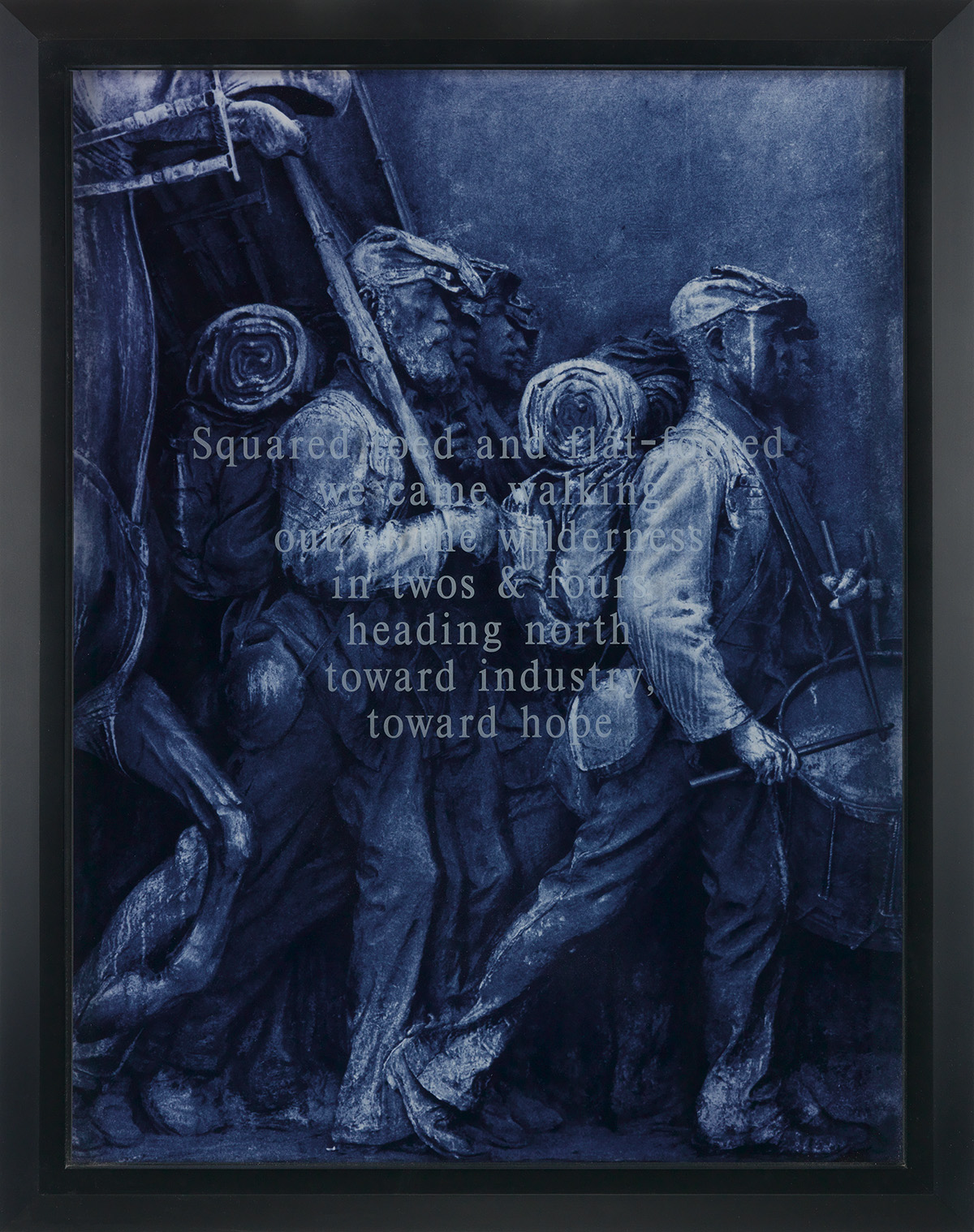