attractive set of the official accounts of Cook's voyages, the foundation of modern knowledge of the Pacific and a cornerstone of the literature of travel and exploration; first editions except for Volume 3 of the first voyage, which is the second edition. Beddie 648, 1216, 1543; Hill 782, 358, 361.

HAWKESWORTH, JOHN. An Account of the Voyages undertaken by the Order of His Present Majesty for making Discoveries in the Southern Hemisphere. 52 engraved plates and maps. [12], xxxvi, 138, 139-360, [1], [361]-676; xv, [1], 410; 395 pages; without the 2 leaves of binder's directions. 3 volumes. London: W. Strahan and T. Cadell, 1773. Varying browning of engraved matter and some text, maps of the Strait of Magellan in Volume 1 and the coasts of New South Wales in Volume 3 reinforced along folds on verso, partly with brown or blue paper.

COOK, JAMES; and KING, JAMES. A Voyage to the Pacific Ocean . . . for making Discoveries in the Northern Hemisphere. 24 engraved plates and maps; folding letterpress table comparing numbers in Southeast Asian and Western Pacific languages. [8], xcvi, 421, [1]; [12], 549, [1]; [12], 558, [1] pages, with atlas containing 61 plates and 2 double-page maps. 4 volumes. London: W. and A. Strahan for G. Nicol and T. Cadell, 1784. Plates in text volumes offset and/or offsetting onto facing pages, crude marginal repairs on one plate and one map and scattered foxing toward end in Volume 2, crude restoration in blank outer margin of map of Japan coast in Volume 3, contents otherwise generally clean. Occasional minor marginal soiling and isolated marginal spotting on plates in atlas, vertical crease through plate 6 image and both sides of second map, paper cracks along plate mark discreetly reinforced on maps and on plates 42, 51, and 63, rust spot in corner of plate 34, paper wrinkle across plates 38 and 78, conspicuous paper restoration along left edge of second map and in blank margin of plate 42, small dampstain in blank margin of several plates toward end. 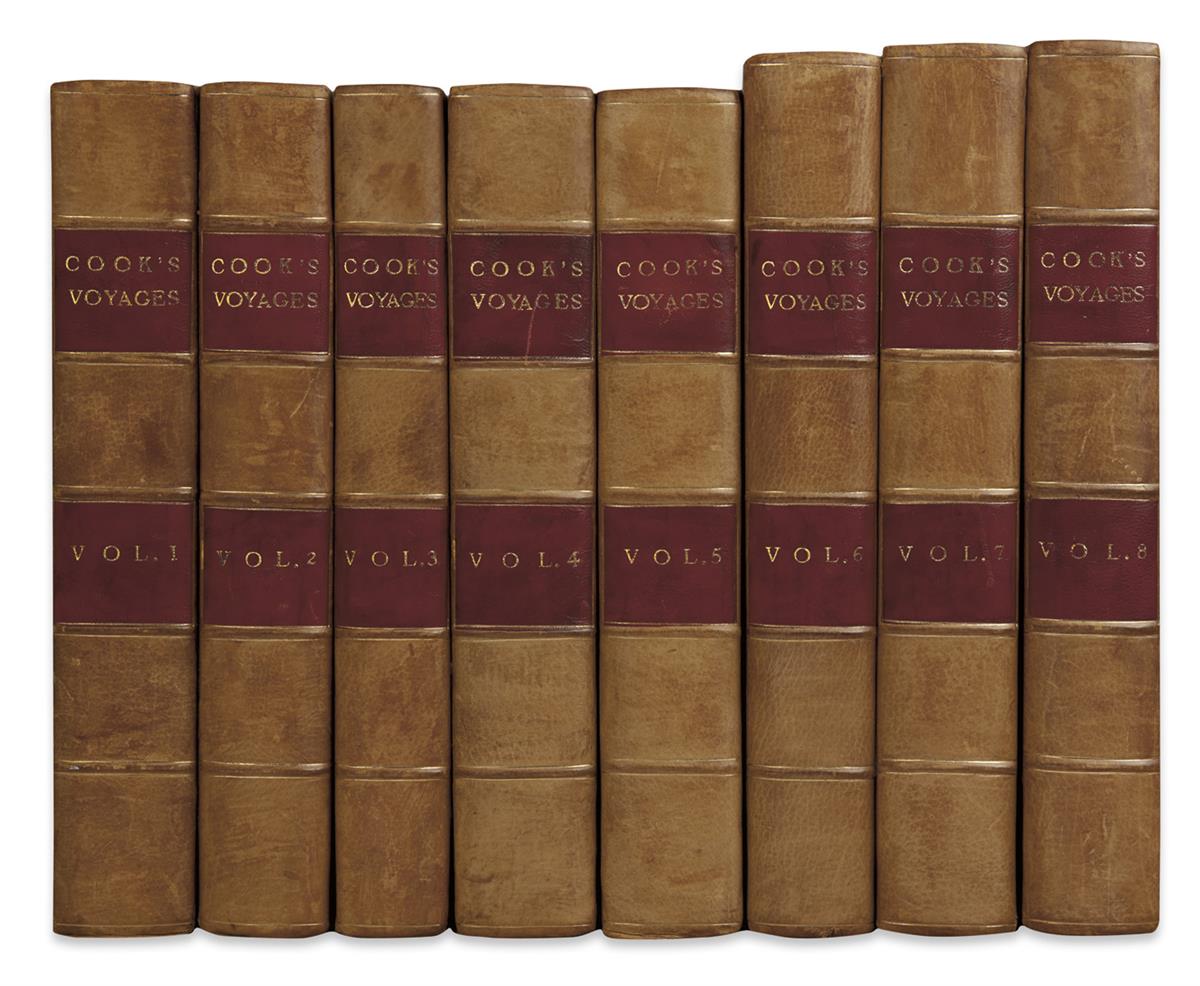