The Last Farewell is a significant painting by Dindga McCannon, made when she began to define her aesthetic in the early 1970s. Born and raised in Harlem, Dindga McCannon is a truly versatile artist; she is a painter, printmaker, fashion and jewelry designer, quilter/textile artist, author and illustrator. McCannon knew she wanted to be an artist from an early age, learning to sew from her mother and grandmother as a child. McCannon chose not to attend college to study art - instead she studied independently. She learned printmaking at Bob Blackburn's Printmaking Workshop, and painting privately with artists Richard Mayhew, Al Hollingsworth and Charles Alston.

McCannon became a member of the Weusi Artist Collective in the late 1960s, and then was a founding member of "Where We At", Black Women Artists, Inc. (WWA), a collective of black women artists affiliated with the Black Arts Movement. McCannon, Faith Ringgold and Kay Brown held the first WWA meeting in early 1971 in McCannon's Brooklyn home. McCannon has also illustrated several books by Edgar White, and wrote and illustrated two books of her own, Peaches and Wilhemina Jones, Future Star. Her paintings and prints are in the collection of the Brooklyn Museum and the Schomburg Center for Research in Black Culture. Two of her paintings were exhibited in the 2017 traveling museum exhibition We Wanted a Revolution: Black Radical Women, 1965–85. hooks/King-Hammond p. 157.
Set Alert for Similar Items 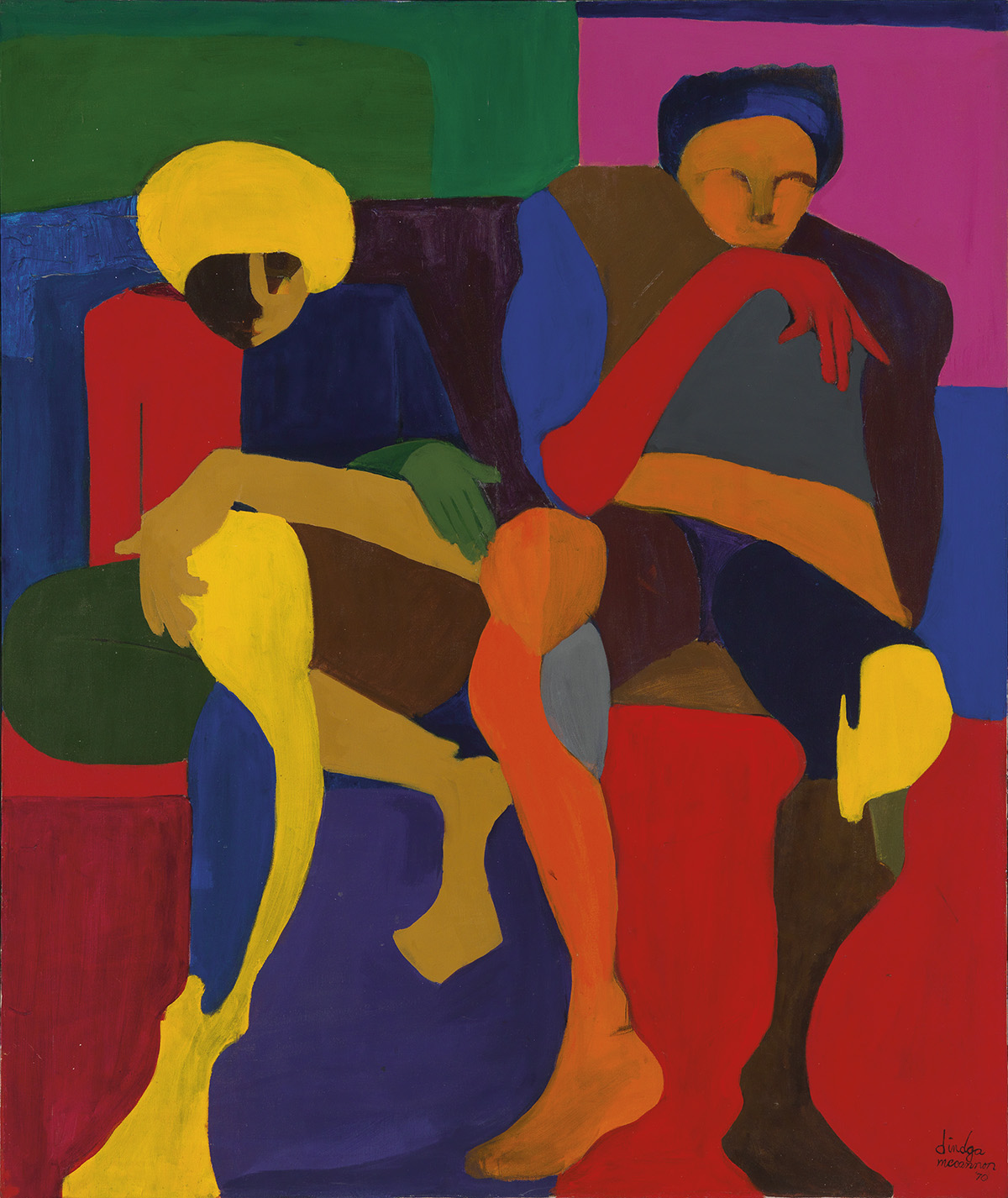