George William Crockett, Jr. (1909 - 1997) was an African-American attorney, jurist, and congressman from Michigan. He also served as a national vice-president of the National Lawyers Guild and co-founded what is believed to be the first racially integrated law firm in the United States.

Dr. Ethelene Jones Crockett (1914-1978) was a physician and community activist. She was Michigan's first African-American female board certified OB/GYN, the first woman to be president of the American Lung Association, and inducted posthumously into the Michigan Women's Hall of Fame.

This beautiful mahogany sculpture of a seated woman is an important, early work in wood by Elizabeth Catlett. Catlett first studied wood carving between 1955 and 1959 with sculptor Jose L. Ruiz at La Esmeralda, Mexico City. By 1962, Catlett had her first Mexican solo exhibition at Escuela Nacional de Artes Plàsticas, San Carlos, according to Melanie Herzog, where Catlett had become the first woman to teach sculpture in 1959. Catlett included sixteen prints and ten sculptures including wood carvings. The same year, she also won the Tlatilco prize in Mexico's first national sculpture biennial with her large scale Figura, 1962, and became a Mexican citizen.

Catlett's early works in wood from the late 1950s and early 1960s are very scarce - this is the earliest example of a Catlett wood sculpture to come to auction. Herzog pp. 117-121.
Set Alert for Similar Items 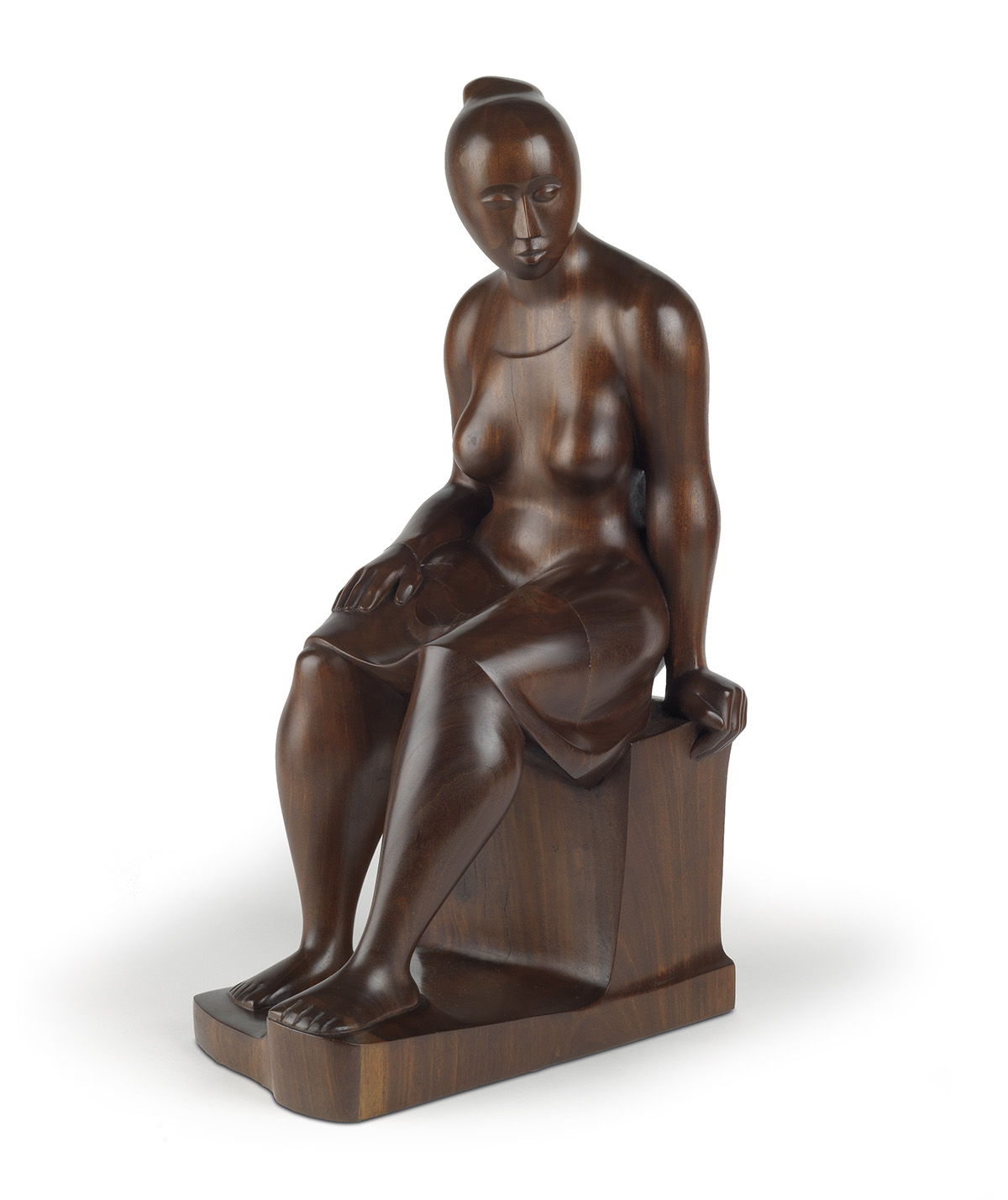