Let Me Off Uptown is a significant work from Emma Amos's important series of paintings on fabric from the late 1990s that celebrate African-American women. With its multitude of dancers, Kente collage, Adinkra cloth, vibrant colors, glitter and gold, the painting is also a joyous celebration of dance, music and African-American culture. It was included in her application for the Pollock-Krasner Foundation fellowship that she was awarded in 2000. In Let Me Off Uptown Amos celebrates both the African-American nature and inclusivessness of jazz. Art historian Lisa E. Farrington described it in her article Emma Amos: Art as Legacy in the Woman's Art Journal it "epitomizes her lasting engagement with this 'jazz' credo. Dominated by a blue palette, similarly hued Kente cloth trim and gold metallic glitter, is an exuberant celebration of the music, dance and culture of jazz." Farrington also notes how with the perceived age gap of the couple dancing and multi-racial identities of the small dancing figures Amos celebrates the diversity of African-American identity and culture.

Amos has long sought to deconstruct traditional representations of beauty, and has embraced experimental techniques as a painter, master printmaker and weaver. While studying for her masters in art education at NYU, Amos became the first female artist to join Spiral, the collective of African-American artists founded by Charles Alston, Romare Bearden, Norman Lewis, and Hale Woodruff. In the late 1960s and early 1970s, Amos developed a feminist aesthetic while painting many modern portraits centered on women as the subject. In 1980, when hired as a professor at the Mason Gross School of Art at Rutgers University, Amos began this important body of fabric paintings - her combination of non-traditional subjects with non-traditonal media helped redefine the representation of African-American women in contemporary art. Amos's paintings have recently been acquired by the Cleveland Museum of Art and Brooklyn Museum, and were included in the traveling museum exhibitions We Wanted a Revolution: Black Radical Women 1965-1985 and Soul of a Nation: Art in the Age of Black Power. Farrington. pp. 3-11.
Set Alert for Similar Items 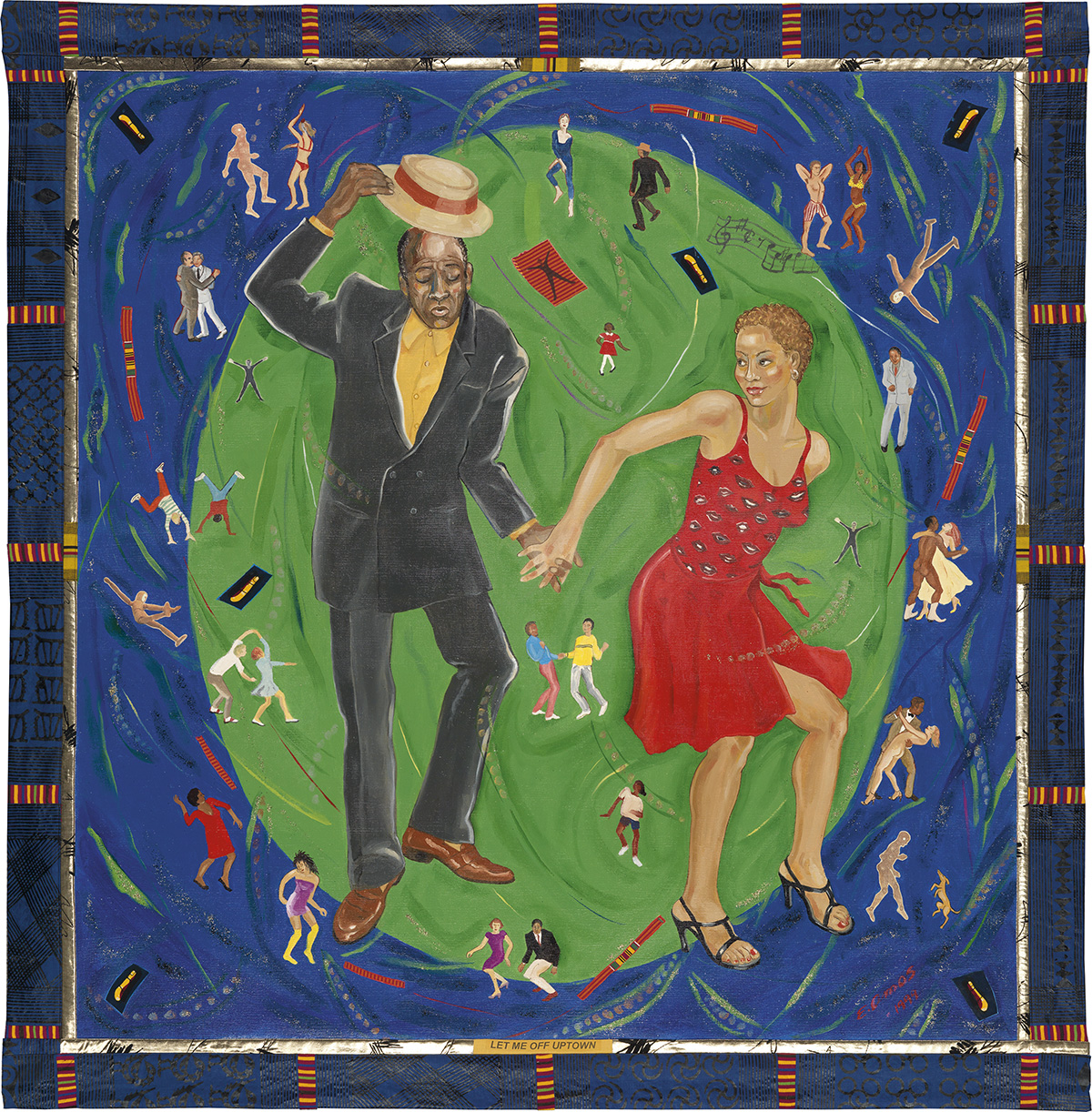