The French governments of Louis-Philippe and Napoleon III bestowed Delacroix with important monumental commissions, which along with his painting submissions to the Paris Salons in the 1820s and 1830s, and groundbreaking works such as The Barque of Dante, 1822 (his Salon debut), The Massacre at Chios, 1824, The Death of Sardanapalus, 1827 and Liberty Leading the People, 1830, cemented his position as the premier French artist of his day. The large-scale government commissions began in 1833 with the allegorical decorations of the Salon du Roi in the Bourbon Palace, for which the current work is a preparatory design. This was closely followed by the even larger enterprise of the Palais Bourbon's library (1838-1847), where Delacroix covered a succession of domes and pendentives with scenes celebrating the heroic lineage of the arts and sciences, in a succession beginning with Orpheus' gift of civilization to mankind and ending with Attila's destruction of Italy. Before this was finished, he received the further commission of decorating the library of the Senate in the Luxembourg Palace (1840-1846), where, in the central dome, he painted the presentation of Dante to Homer and the other great men of Greek and Roman antiquity, to symbolize the meeting of the classical pagan with the modern Christian culture. There followed the ceiling of the Galerie d'Apollon in the Louvre (1850-1851), the decorations in the Salon de la Paix of the Hôtel de Ville of Paris (1852-1854, destroyed in 1871), and the Chapel of the Holy Angels in the church of Saint-Sulpice (1854-1861).

No other artist of the time was so continuously employed in monumental work and given such opportunities to triumph in public on ceilings, domes and walls. His murals, exceptional achievements in a time when monumental painting languished, prove that this nervously frail artist had the energy to compose on immense surfaces and the mental vigor to invent images that dominate those walls. 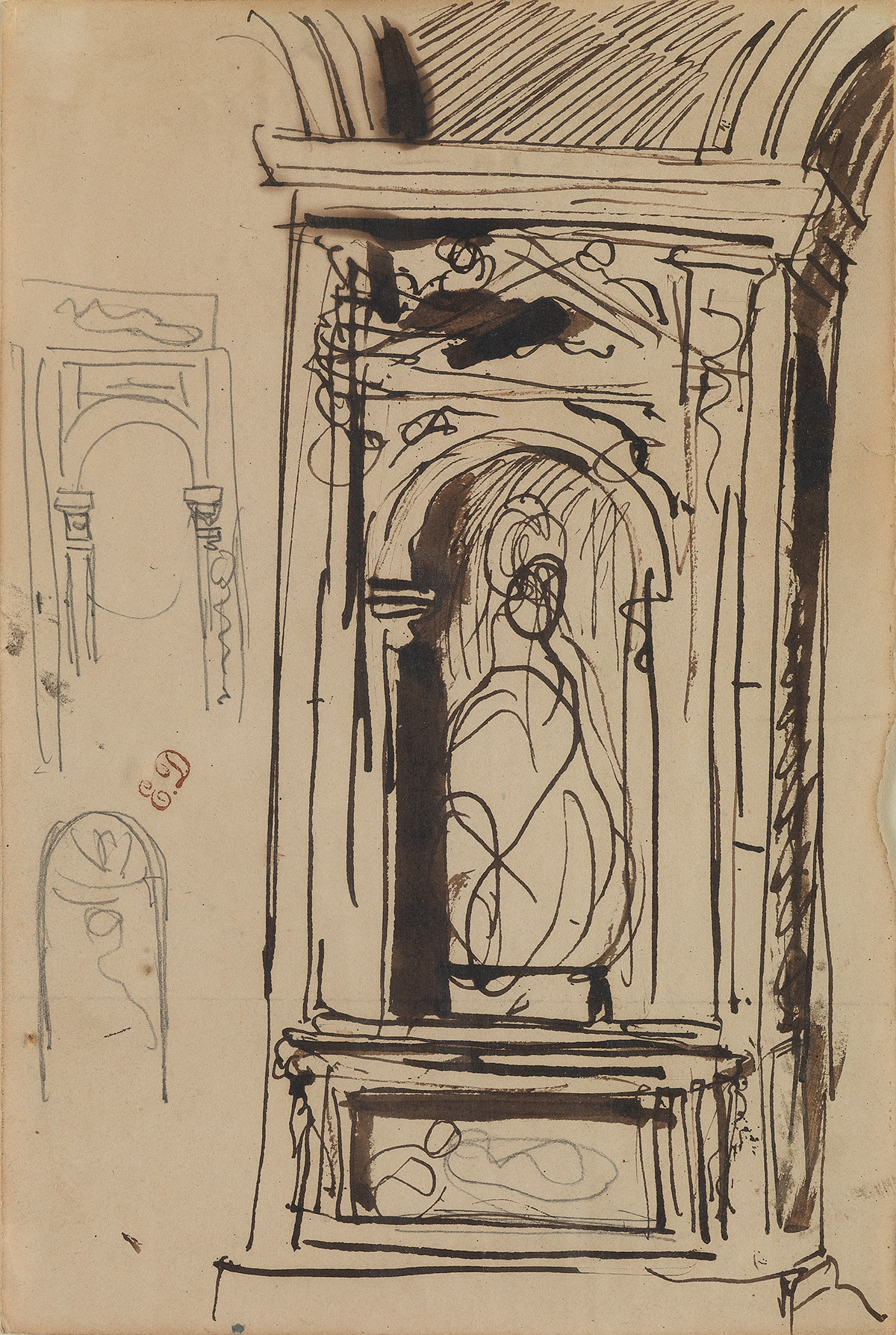