This striking portrait of James Weldon Johnson (1871 - 1938), one of the leading cultural figures and artistic voices of the Harlem Renaissance, is an important painting by Laura Wheeler Waring. Another, very similar version of this portait is in the collection of the National Portrait Gallery, dated 1943 - a gift from the Harmon Foundation in New York where Waring exhibited. There are only slight differences between the two portraits, primarily in the scale of the background, his chair and the foreground treatment.

In 1944, the Harmon Foundation commissioned Laura Wheeler Waring and Betsy Graves Reyneau, a white artist, to create a series of portraits of accomplished contemporary African Americans. Their portaits were organized as a traveling exhibition Portraits of Outstanding Americans of Negro Origin expressly to fight racial prejudice and elevate the representation of African Americans by portraying outstanding figures in the arts and sciences. In addition to Johnson, Waring's other subjects included Marian Anderson, W.E.B. Du Bois, Harry Thacker Burleigh and Jessie Redmon Fauset. Portraits of Outstanding Americans of Negro Origin was exhibited at the Smithsonian Institution on May 2, 1944 and toured the country for ten years.

This painting is a memorial portrait of James Weldon Johnson, a leading lyricist, poet, novelist, diplomat, and leader in the NAACP. Johnson is best known for his writing the hymn Lift Every Voice and Sing, in collaboration with his brother J. Rosamond Johnson, a song which became so popular it is referred to as "The Negro National Anthem." In the 1920s, Johnson wrote two key volumes that helped define poetry in Harlem Renaissance,The Book of American Negro Poetry and God's Trombones: Seven Negro Sermons in Verse. The background of this painting references the imagery found in "Creation," Johnson's best-known poem from God's Trombones.

In addition to the Harmon Foundation in New York, Waring exhibited at the Pyramid Club in Philadelphia and at Howard University through the 1940s. In addition to the National Portrait Gallery, Waring's paintings are in the collections of the Smithsonian American Art Museum, Howard University, Washington, DC and the Petrucci Family Foundation.
Set Alert for Similar Items 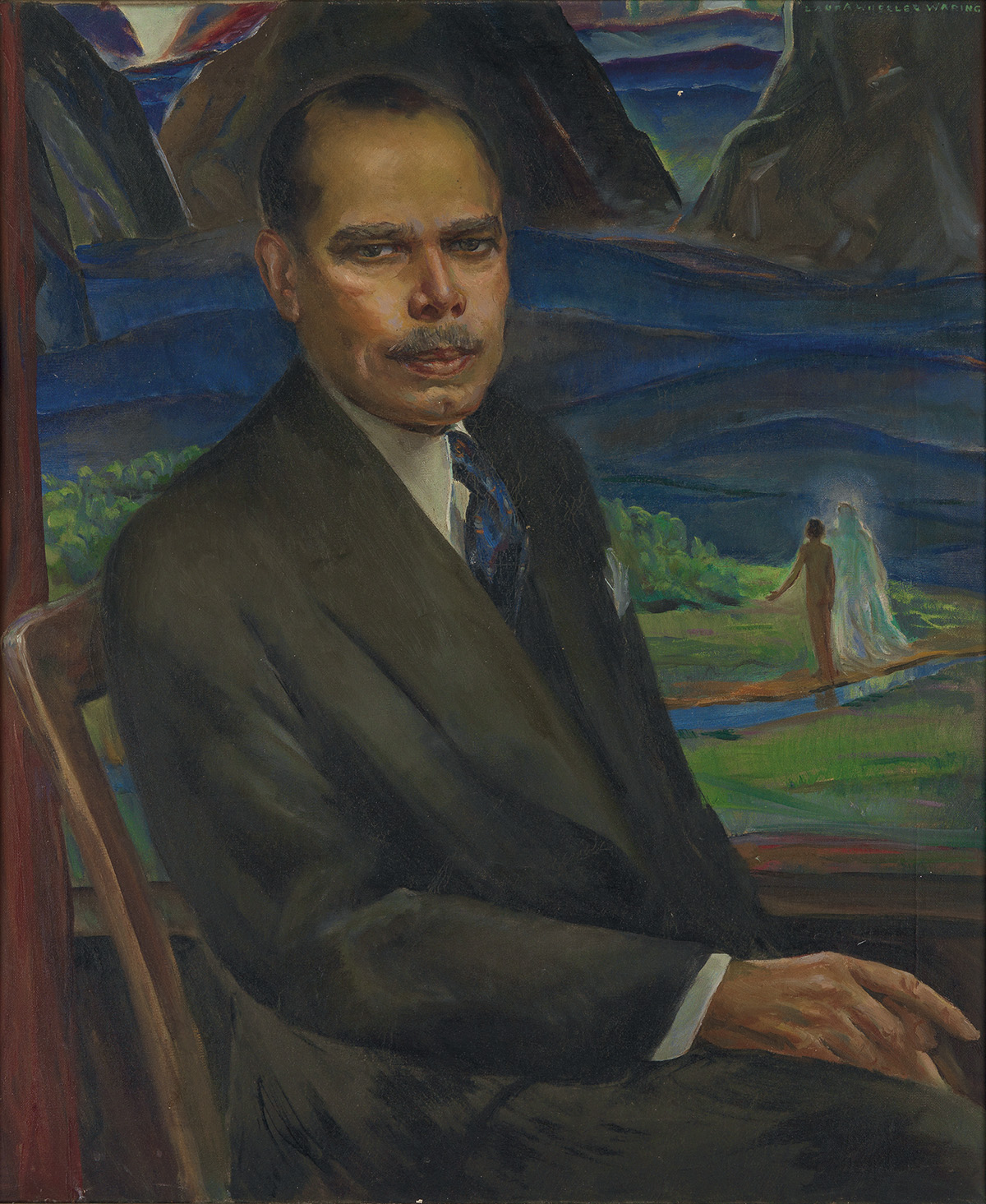