Dr. Leo Franklin Twiggs is a significant Southern artist - an influential South Carolinian painter and educator for two generations. Born in St. Stephen, South Carolina, Twiggs received his undergraduate degree from Claflin University in Orangeburg. There, he was one of the first students of Arthur Rose in 1952, the inaugural year of his Claflin visual art program, the first available to African Americans in South Carolina. Twiggs continued his studies at the Art Institute of Chicago and earned a master's degree from New York University, where he studied under Hale Woodruff. Twiggs later became the first African American to receive his doctorate in Art Education from the University of Georgia.

In 1964, Twiggs returned to Orangeburg to teach at South Carolina State University, where he started the art department and was instrumental in founding its I. P. Stanback Museum and Planetarium. At this time, he began to experiment with painting with batik, the traditional African wax-resist method of dyeing textiles. Twiggs uses batik to create unique vivid colors and rich textures, and often applies the dye directly like paint. His paintings are often of symbolic motifs, including flags, railroad crossings, and shadowy figures.

Twiggs has had numerous one-man exhibitions, including at the Studio Museum in Harlem, the Asheville Art Museum, the Greenville County Museum of Art and the Georgian Art Museum. He received the South Carolina Governor's Trophy (known as the Elizabeth O'Neill Verner Individual Award) for his contributions to the arts in 1981 and the prestigious 1858 Society Prize honoring contemporary Southern painting in 2018. Twiggs is the Distinguished Artist in Residence at Claflin University. Biographical notes courtesy of the Johnson Collection.
Set Alert for Similar Items 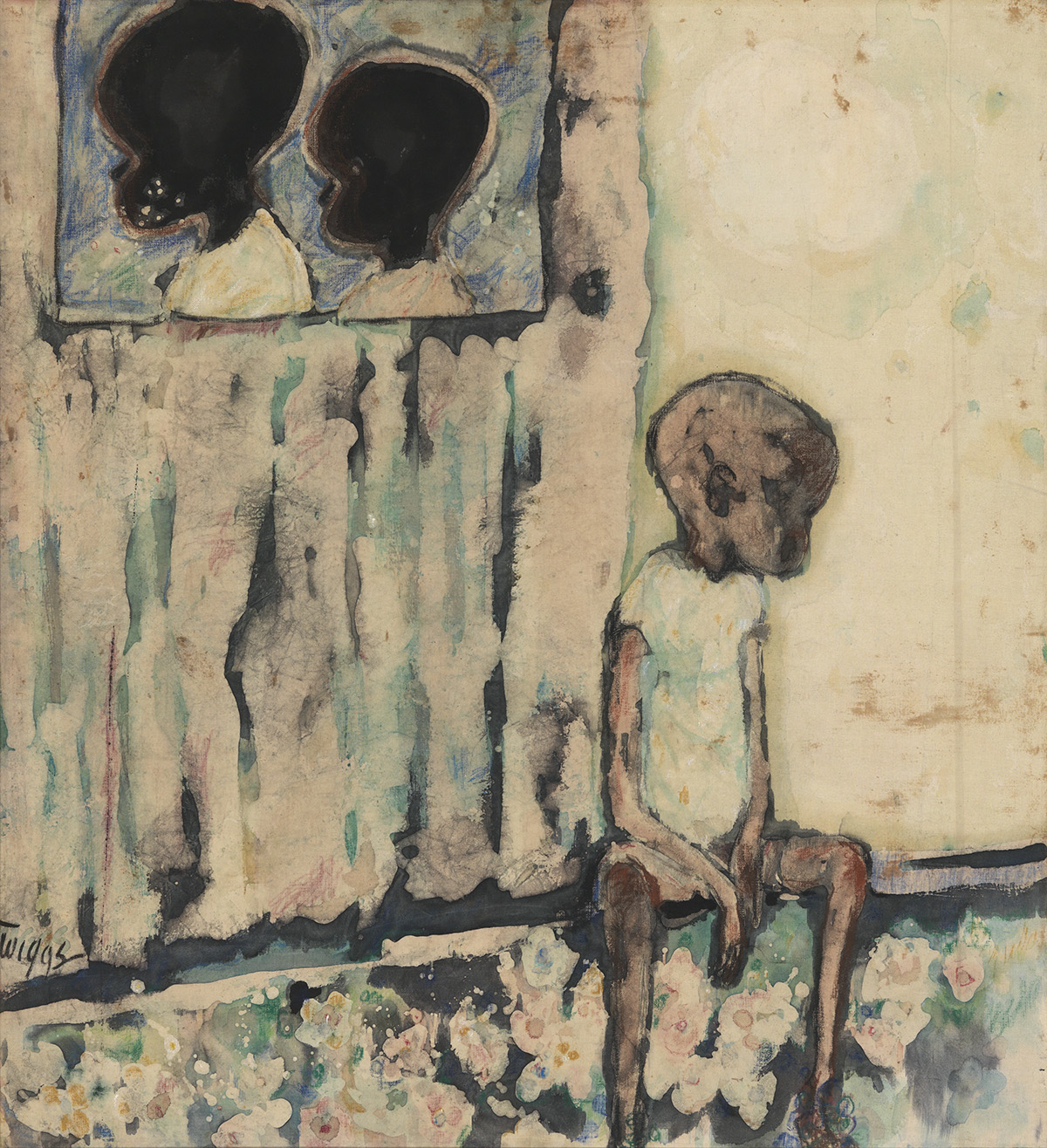