Ex-collection Pace Gallery, New York, with part of the original label on the frame verso.

In the late spring/early summer of 1980, both Wildenstein & Co., Inc., New York, and Pace Gallery, New York, along with the Whitney Museum, New York, mounted exhibitions in celebration of Nevelson's (1899-1988) 80th birthday, of which this work was a part.

Joyce Pomeroy Schwartz, a friend of Nevelson's and a former assistant at Pace Gallery, recalled that Nevelson, "Was the most organized person. All of the garbage she picked up was totally organized. It was not that she was a junk collector—she collected junk but as objects that were potentially art. In her studio she had all the different sized wood sorted in barrels. And when you saw this and the dishes in her closets you realized that this woman was a compulsive neurotic artist."

Nevelson incorporated chair elements frequently in her works and most notably in the Volcanic Magic series of wood and collage reliefs created in 1985 which are among her final works. Unlike her previous constructions, which are typically painted in black or white, the works in the Volcanic Magic series (as well as the current work, that predates this series) retain their original finishes, and thereby strengthen Nevelson's connection to the work of the Russian Constructivists and their antecedents, Cubist collage.
Set Alert for Similar Items 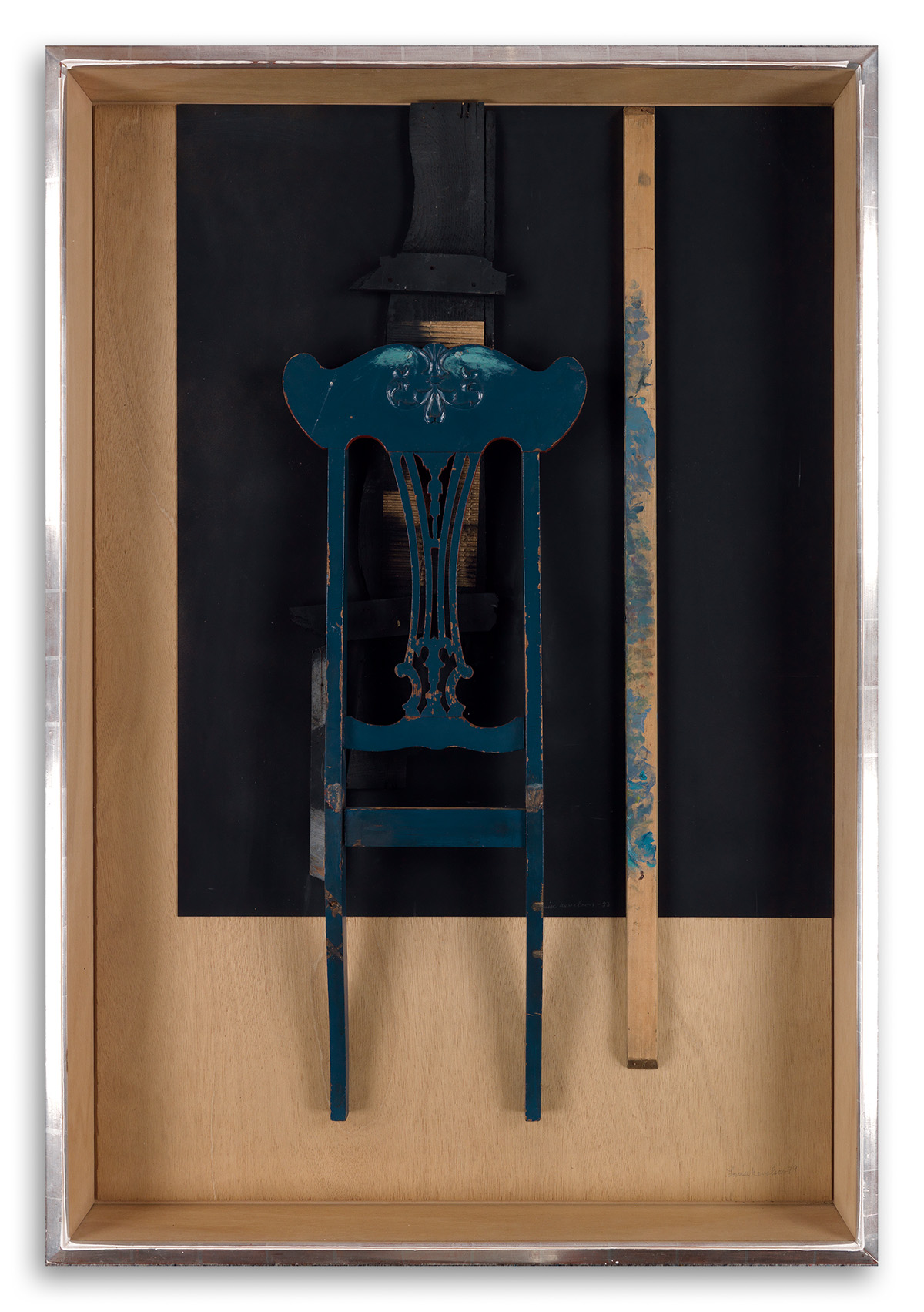