One of 250 numbered copies on Arches wove paper, from a total edition of 270. Signed in pencil and numbered 42 on the justification page. Printed by Mourlot, Paris. Published by Tériade, Paris. original beige linen portfolio. Brilliant, richly-inked and vibrant impressions with fresh colors.

Chagall (1887-1985) held an avid interest in the circus throughout his career and often represented circus scenes in some of his most important printed and painted works. According to one of his biographers, "For [Chagall], clowns and acrobats always resembled figures in religious paintings . . . The evolution of the circus works . . . reflects a gradual clouding of his worldview, and the circus performers now gave way to the prophet or sage in his work—a figure into whom Chagall poured his anxiety as Europe darkened, and he could no longer rely on the lumiére-liberté of France for inspiration," (Wullschlager, Chagall: A Biography, New York, 2008, page 337). Chagall himself posed the question, "Why am I so touched by their makeup and grimaces? With them I can move toward new horizons . . . Chaplin seeks to do in film what I am trying to do in my paintings. He is perhaps the only artist today I could get along with without having to say a single word." Chagall's Cirque series is a masterwork of color lithography of the 20th century, an icon of the artist's oeuvre and among the most widely-appreciated livres d'artistes ever produced. Mourlot 490-527.
Set Alert for Similar Items 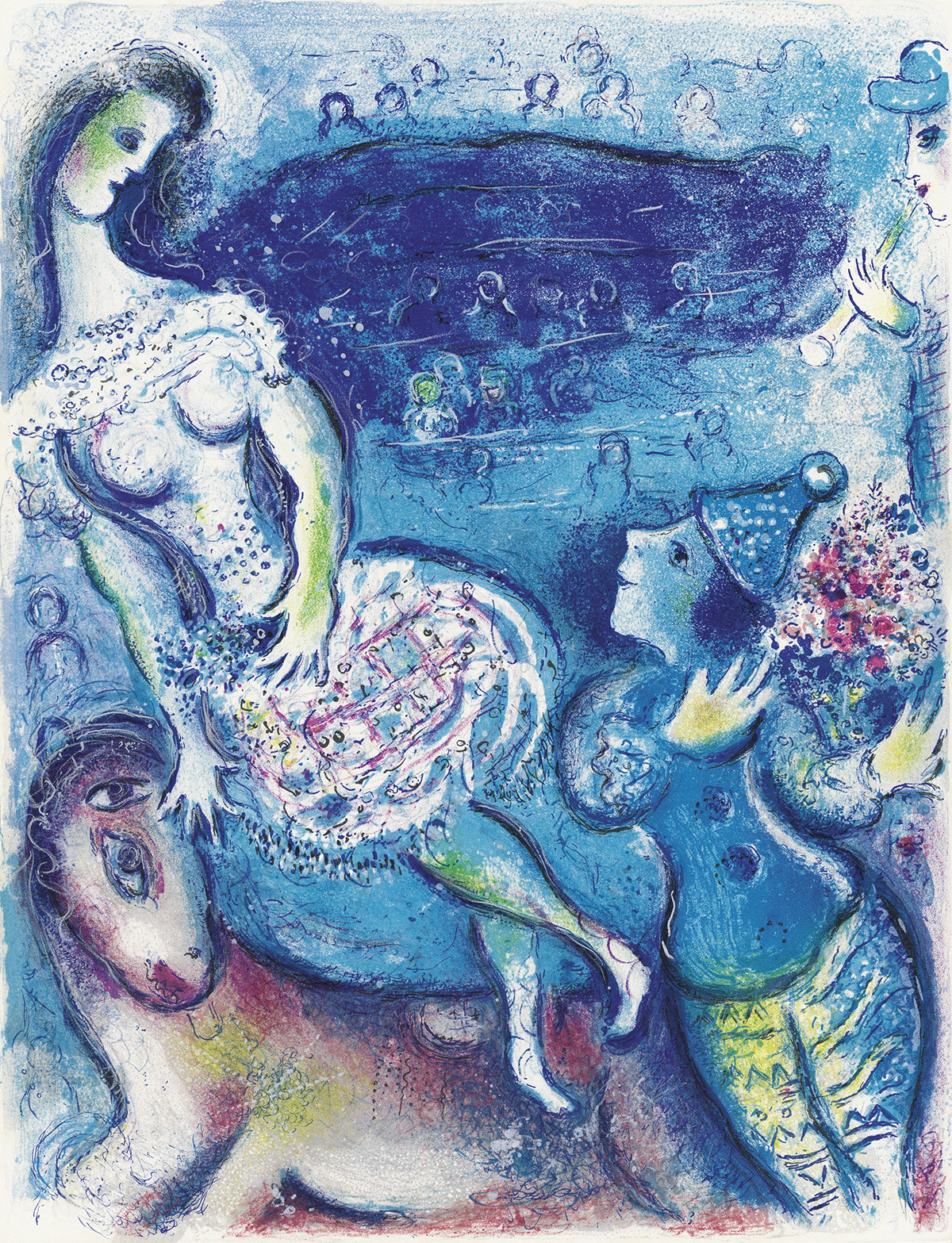