Born in Philadelphia into a well-to-do family, Cassatt (1844-1926) spent most of her
adult life in Europe (Paris mainly) and, along with Berthe Morisot, went on to become one of the most celebrated female Impressionist artists. Edgar Degas (see lots 171 and 173) served as her artistic mentor for some time and in 1876 invited her to show in the next Impressionist exhibition, noting chauvinistically that, "Most women paint like they are trimming hats, (but) not you."

Cassatt and Degas initially had a close friendship (though they later had a falling out, not atypical of Degas' relationships) and it was under Degas' guidance that Cassatt developed her techniques in pastels and printmaking. Cassatt made 220 etchings, drypoints and aquatints between the mid-1870s and early 1900s. Most of her prints were pulled in editions of 25 or fewer, rarely was any of her printed oeuvre published.

An early work, created at the height of Impressionism, In the Opera Box (No. 3) is among Cassatt's most technically complex and celebrated etchings from her first decade as a printmaker and shows a clear affinity to Degas' teaching her etching, aquatint and other techniques.

Cassatt also played an important role as an art advisor to wealthy American collectors, particularly during the early 1900s, helping to promote the reputation of Degas and other fellow Impressionists in the United States. In 1901, she accompanied Mr. and Mrs. H.O. Havemeyer on a collecting trip in Italy and Spain (she had known Mrs. Havemeyer before her marriage). Cassatt was intrumental in shaping the Havemeyer Collection, with its strength in French Impressionist works, most of which is now in the collection of the Metropolitan Museum of Art, New York. Breeskin 22....
Show More
Set Alert for Similar Items 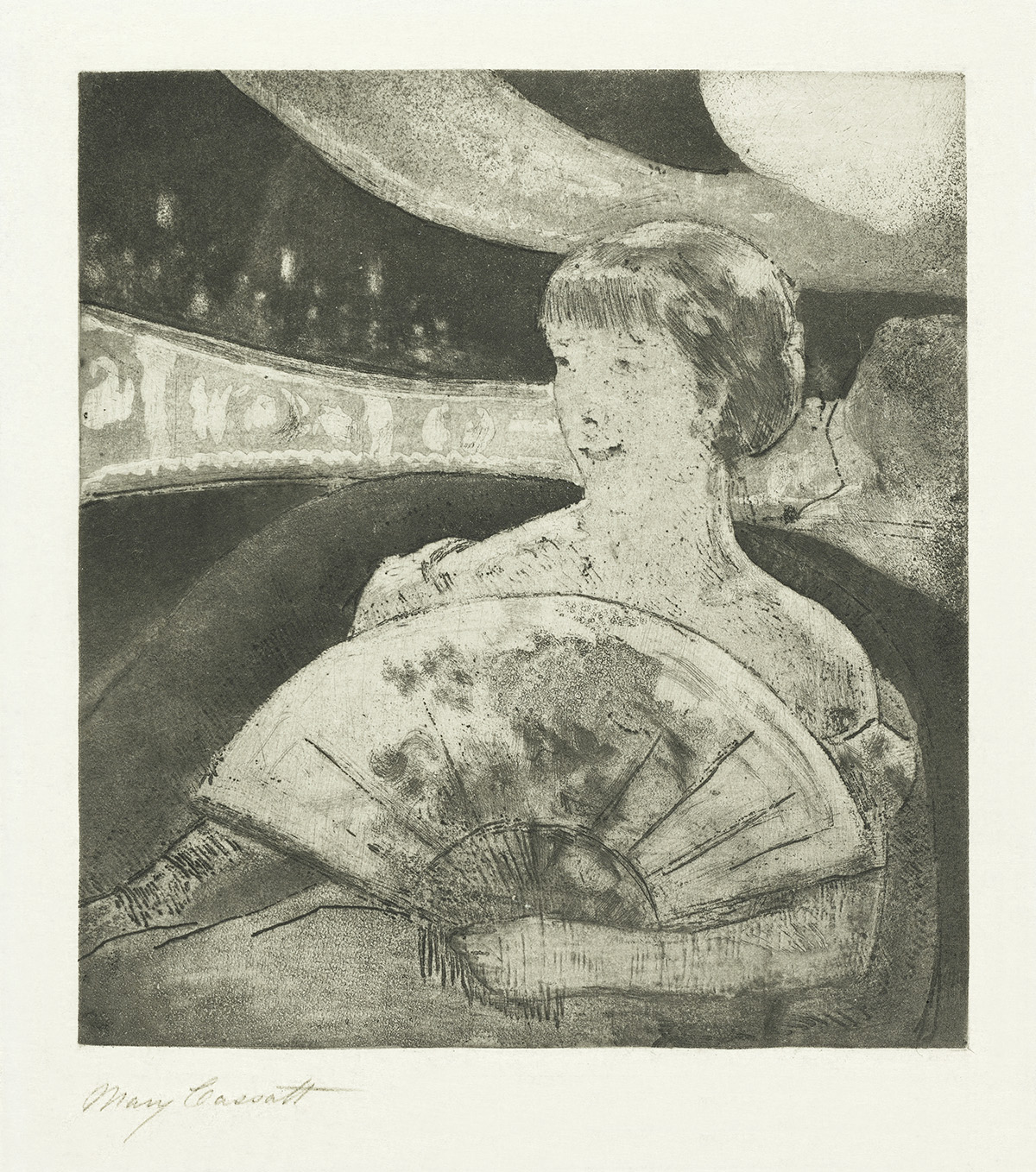