Escher (1898-1972) was born in the Netherlands and studied at the School of Architecture and Decorative Arts in Haarlem. Despite his father, who was an engineer, encouraging him to pursue architecture, Escher chose to focus his education on graphic art. Between 1924 and 1935, having completed his studies and married Jetta Umiker, Escher lived in Rome and traveled throughout Italy where he was inspired to create many of his most iconic works. Working concurrently with, but outside of, the myriad avant-garde art circles of the 1920s and 1930s, Escher maintained an independent style rooted in architectural and mathematical riddles. Though his unique work led to popular acclaim, Escher's oeuvre was not immediately accepted in the art world. He was awarded his first retrospective in his native Netherlands only at the age of 70. Today, however, his images are some of the most widely-reproduced of his time.

Escher was first and foremost a printmaker, creating hundreds of lithographs and woodcuts over the course of his career. He experimented with fantastically impossible architectural renderings and tessellations after a 1922 visit to the sprawling Moorish palace La Alhambra in Granada, Spain. Escher wrote of the interest, "It remains an extremely absorbing activity, a real mania to which I have become addicted, and from which I sometimes find it hard to tear myself away." Utilizing mainly black, white and grays, Escher emphasized the geometric components of his prints. Day and Night is one of Escher's master woodcuts in which he executes tessellations, curvilinear perspective and illusive composition, a "bird's-eye" view of a panoramic "yin and yang" river landscape. A superb impression. Bool 303.
Set Alert for Similar Items 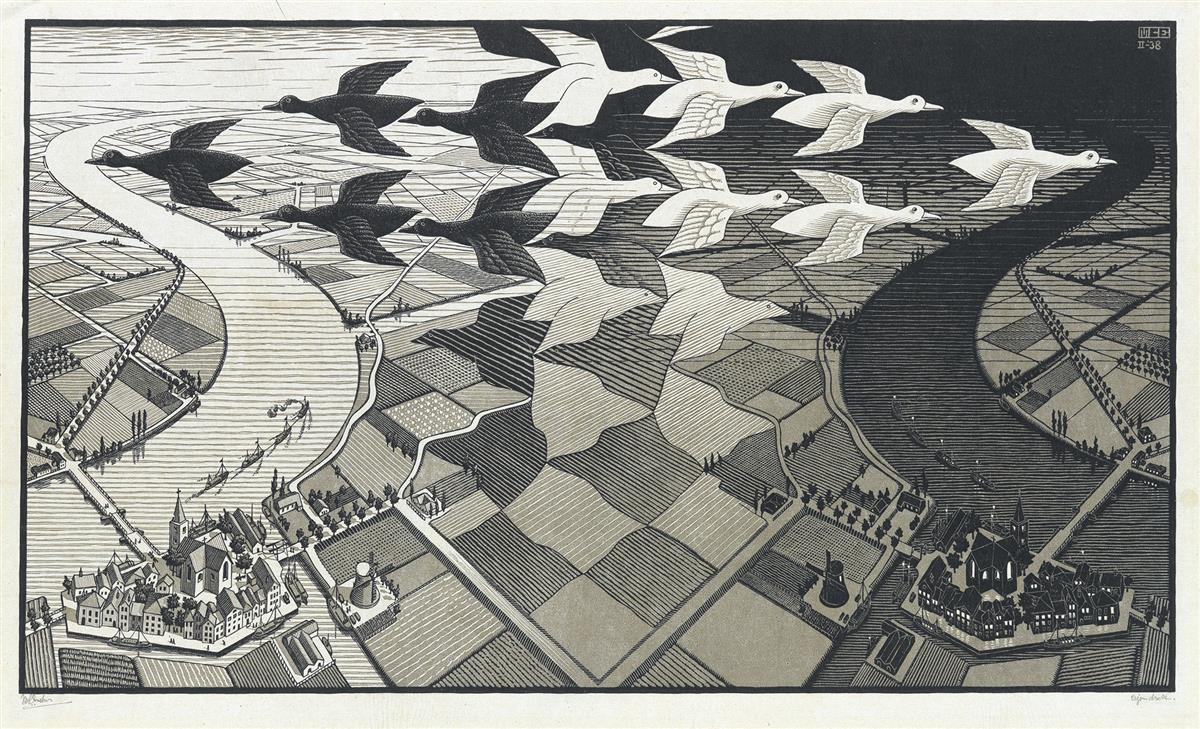