Mixed media assemblage, including leather, felt, suede, fur, wood and various found objects, including wooden spoons and a pipe, on board, circa 1970-71. Approximately 914x838x127 mm; 36x33 1/4x5 inches. From the artist's Zulu series.

Jonathan Ahearn was a student in the MFA program of Claremont College when he was introducted to Noah Purifoy, and acquired the work shorlty after a visit to Purifoy's studio at the Watts Towers in Los Angeles.

This wonderful construction by Noah Purifoy is an excellent example of his important work in assemblage sculpture. By 1970, Purifoy had expanded his range of assemblage material to include diverse, organic materials such as leather, feathers, brass and copper. In this period Purifoy incorporated interior materials and construction for more abstract designs of his collages of found objects. With a similar composition and materials, this work is closely related to Zulu #4 in the collection of the Oakland Museum of California. Exhibited in the important exhibition Now Dig This! Art and Black Los Angeles 1960–1980, Hammer Museum, Los Angeles, Oct 2, 2011 - Jan 8, 2012, it is described as "part of a larger body of work referencing Zulu culture, Noah Purifoy has employed the assemblage process to create a highly ornate, textured, and abstract low-relief sculpture." An earlier work from the series, Zulu #2, 1968, is listed in Purifoy's hand-written index and photographed on page 12 of his scrapbook "Join for the Arts".

Noah Purifoy grew up in Alabama - he recevied his undergraduate degree from Alabama State Teachers College in 1943, and a graduate degree from Atlanta University in 1948. Noah Purifoy moved to Los Angeles in 1953 to study at the Chouinard Art Institute. Purifoy was not only the first African-American student to be enrolled full-time, he was a mature student - receiving a BFA in 1956, just before turning forty.

The Watts rebellion in 1965 changed Purifoy's life and art. At the time, Noah Purifoy and fellow artist Judson Powell ran the art education program at the newly created Watts Towers Arts Center. The Watts Towers center had grown as a sculpture garden around the towers of assemblage by the eccentric Italian-American Simon Rodia whom began building them in the 1920s. Together Powell and Purifoy organized Junk Art: 66 Signs of Neon, a seminal exhibition at the University of Southern California. They exhibited 66 artworks made from found debris and junk - all detritus left in the wake of the Watts riots - alongside photographic documentation. From this period, Purifoy created an important body of work, alongside with his fellow artist John Outterbridge, that is largely credited for influencing a whole generation of Californian assemblage artists from David Hammons to Senga Nengudi. Noah Purifoy papers, 1935–1998, Archives of American Art, Smithsonian Institution; Sirmans/Lipschutz pp. 68-69.
Set Alert for Similar Items 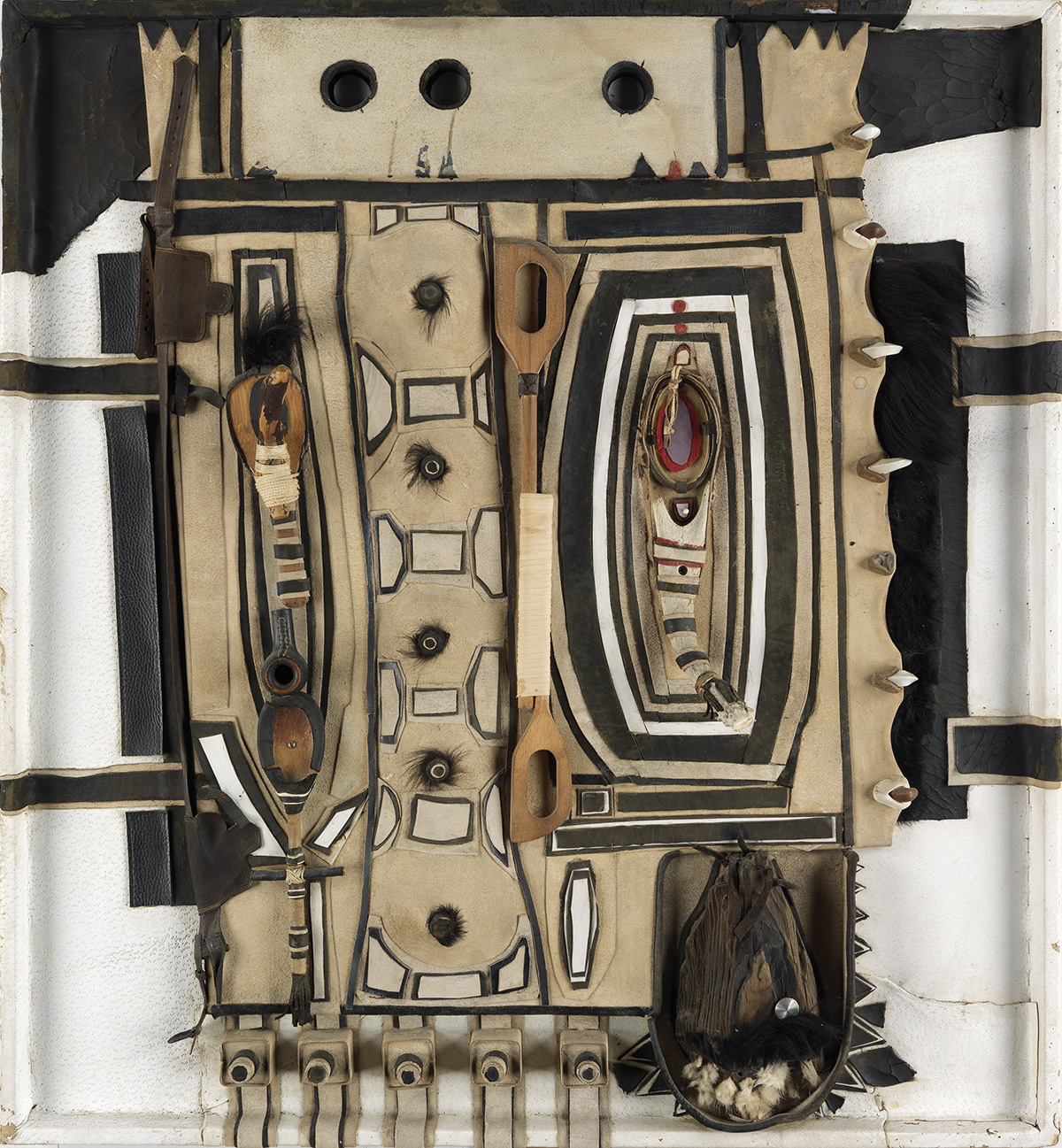