Provenance: gift from the artist, Roslyn McDonald, New York and Sydney, Australia; thence by descent, private collection, New South Wales, Australia (2015). Blue Moon was one of three Norman Lewis paintings owned by Roslyn McDonald that she received from the artist while they were in a relationship. McDonald was known as an accomplished public administrator in New York, serving in Governor Nelson Rockefeller's administration, as director of the State Division for Youth, before immigrating to Australia.

This elegant work on paper is a significant example of Norman Lewis's mid-career work on paper. Drawn on the largest size paper that Lewis would use for works on paper, the vertical composition is a soaring abstraction based on the phases of the moon. Images of nocturnal subjects have been repeated throughout Lewis's career, and are well documented - beginning with his black paintings of the late 1940s. Later 1950s works, the moon becomes an abstract element in such different works as Night Walk, 1956 and Countless Upward, 1959.

The paper has the printed Inkweed Arts illustrations on the verso - found on many Lewis works on paper from the late 1950 and 1960s.
Set Alert for Similar Items 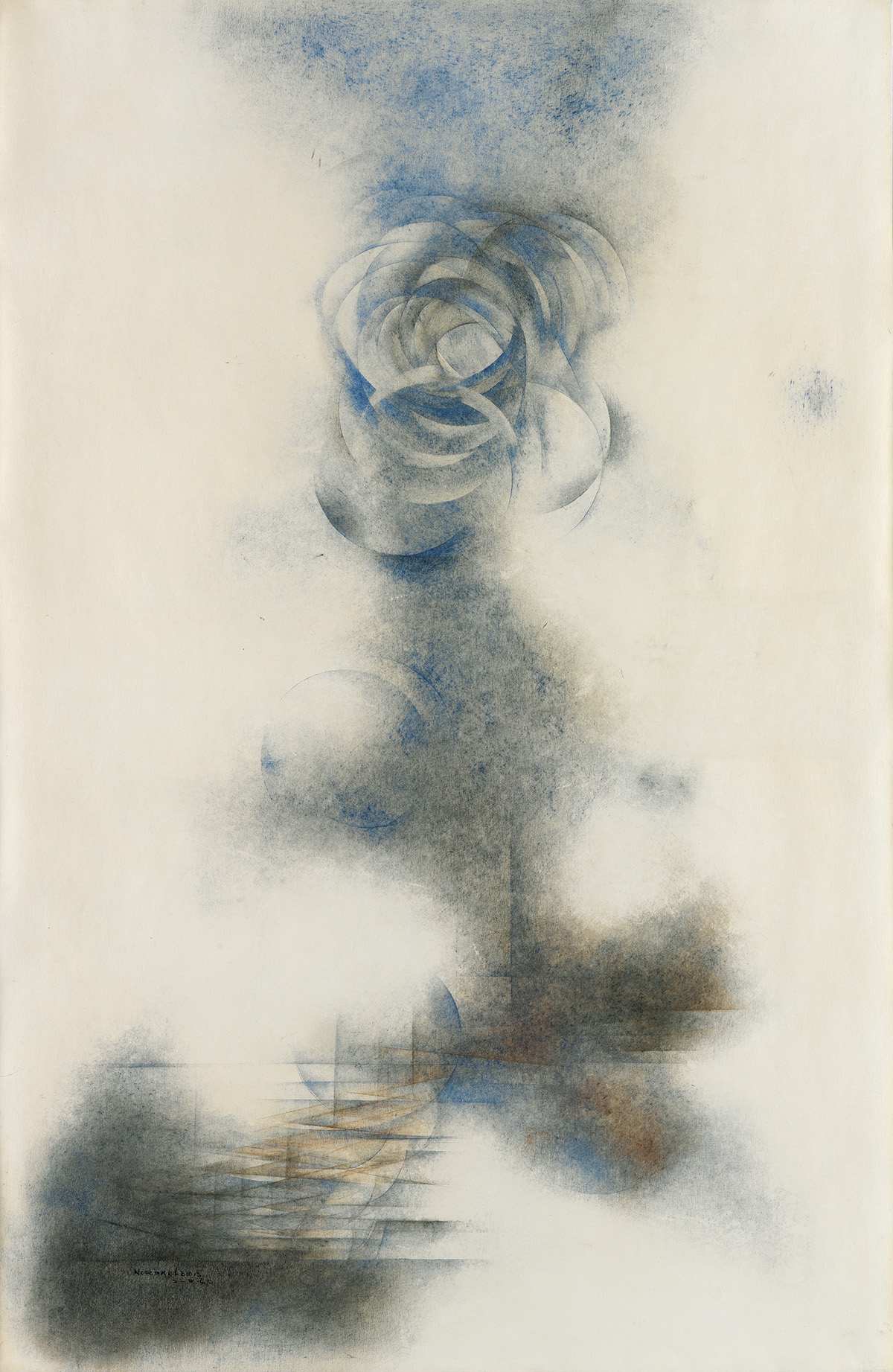