We have found only 3 other impressions at auction in the past 30 years. Kornfeld 16.

Klee's (1879-1940) series Inventionen was created during an evolutionary period in his young career. In 1901, he returned to Bern from studying classical art in Italy. Klee struggled to find his own style; he not only reflected on Gothic, Renaissance, and Baroque art, but read literature which bridged the gap between romantic escapism and realism. Klee became fascinated with Goya's Caprichos etchings (see lots 218-222) and the grotesque symbolism of Aubrey Beardsley, James Ensor (see lots 271-273), Odilon Redon, and Wiliam Blake. Though he had found his inspiration, Klee was frustrated by the burden of making a statement as an independent artist. He completed only seventeen etchings and few drawings during his six years in Bern. Klee finally had a significant breakthrough with his ten Inventionen etchings which balance meaningful subject matter with social satire and fantasy. This highly imaginative series was debuted at the Munich Secession, an association of contemporary independent artists, in 1906. This exhibition garnered Klee the attention that helped launch his career.

Der Held mit dem Flügel, or Winged Hero, is meant to be a dark satire. Klee wrote in his diary, "This person, who, unlike divine beings, was born with only one angelic wing, makes ceaseless efforts to fly. This fact that in doing so he breaks his arms and legs does not prevent him from remaining loyal to his idea of flying." Whether this allegory is a reference to the new flight craze at the turn-of-the-century or the failing Prussian monarchy, it is clear that Klee's intention was to re-examine reality though his distorted and theatrical subjects. Klee's work during this time was marked by his influences in Italian Old Master drawings and German Renaissance engravings. His carefully rendered forms were created through his mastery of structure and techniques like chiaroscuro and varying the weight and measure of line. Though his style soon evolved after absorbing the Impressionists and other movements, Klee's imaginative direction that was first apparent in Der Held mit dem Flügel remained throughout his career.
Set Alert for Similar Items 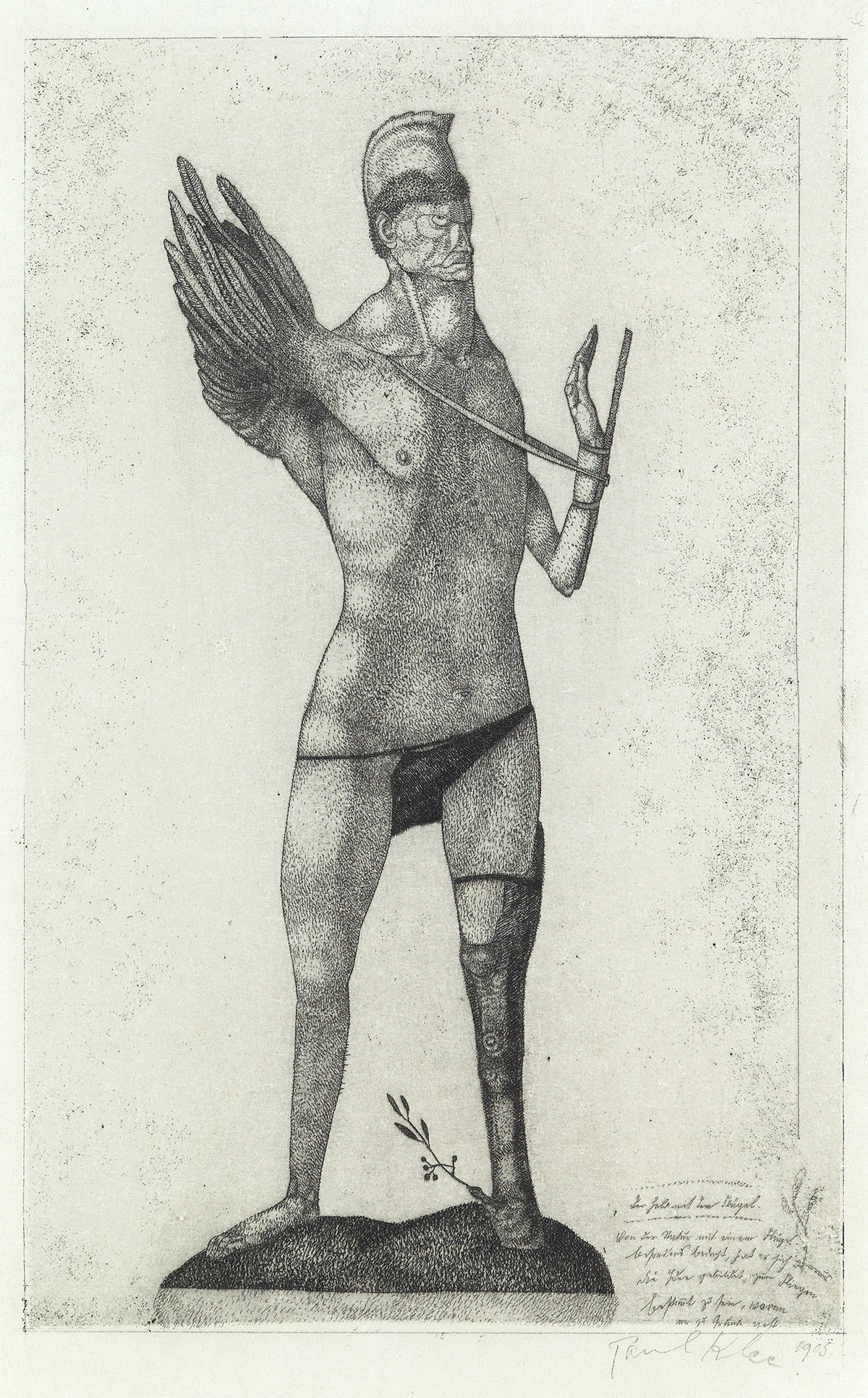