The Negro Looks Ahead is a contemplative but powerful head by Richmond Barthé, emerging from a rough-hewn rock. Sarah Kelly Oehler writes that this idealized bust by the Chicago sculptor was made in honor of Franklin D. Roosevelt, and was shown in a tribute exhibition of support for his fourth presidential term campaign - Barthé recalled "I believed that the Negro advanced more under him than any other President since Lincoln, so I did this piece of the Negro emerging out of his rough background with hope in his future."

Barthé's sculpture became an iconic image. He gained more recognition when its image was used on the dust jacket of Cedric Dover's popular 1960 book American Negro Art, one of the first illustrated surveys of African-American art. We believe this bronze is the first cast of The Negro Looks Ahead to come to auction. Other casts are in the collection of the Amon Carter Museum of American Art, Fort Worth, TX and the Wadsworth Atheneum, Hartford, CT. Kelly Oehler p. 93; Vendryes f. 5.26; p. 169.
Set Alert for Similar Items 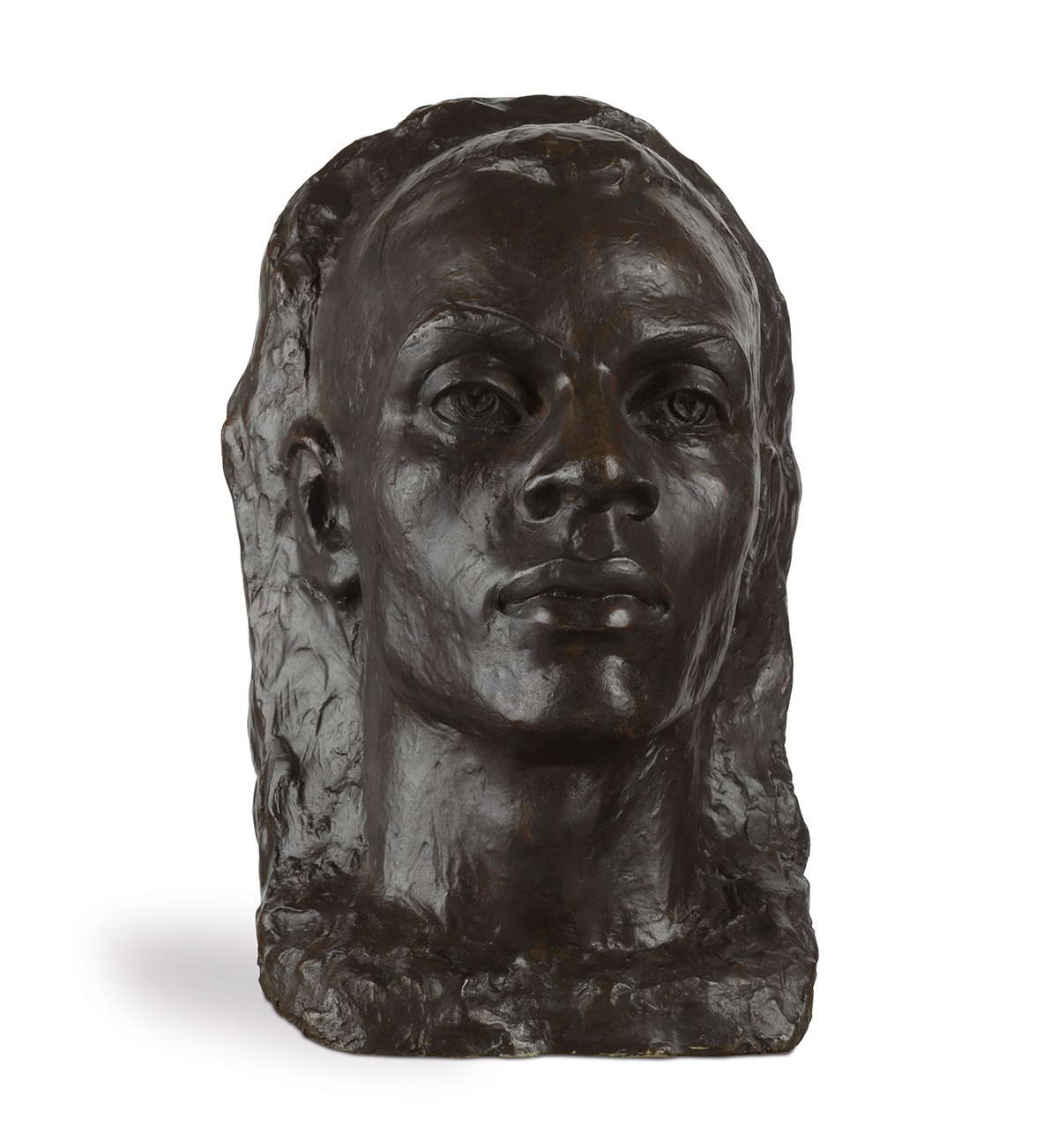