Illustrated: Ebony, December, 1973, p. 44; Ebony, March, 1978, front cover.
Born in Jackson, MS, Robin Harper grew up in Detroit where he began his career as a young artist with his given-name Robin Harper in the early 1970s. Known for his paintings of boxers, Harper's impressive portrait of Jack Johnson was also featured on the cover of Ebony magazine in March 1978, an issue on boxing's heavyweight champions. Artworks made under his current name Kwasi Seitu Asante have been included in several later museum group exhibtions including at the Museum of Fine Arts, Boston, the DeCordova Museum and Sculpture Park and the Museum of the National Center of Afro-American Artists, Lincoln, MA.
Set Alert for Similar Items 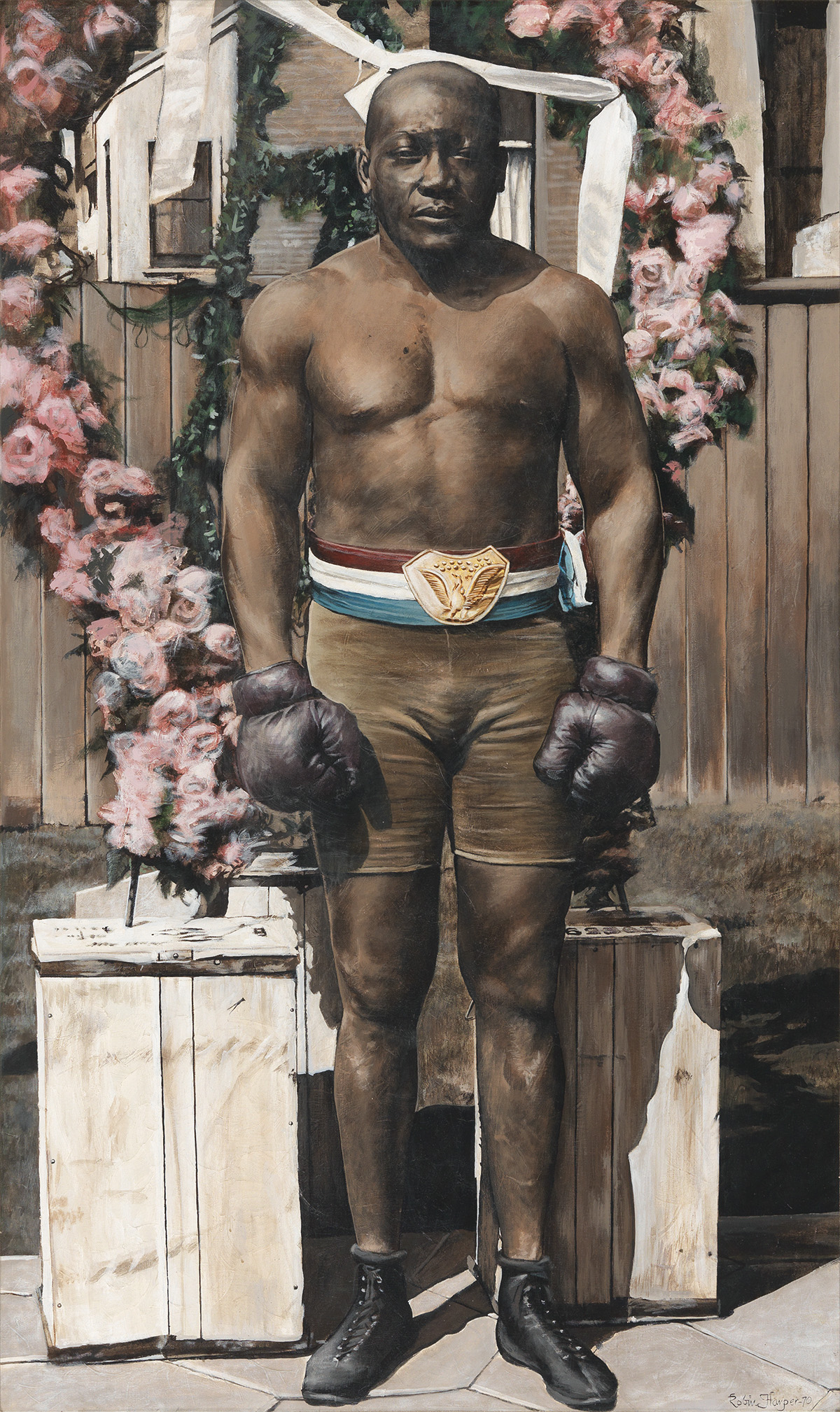