An earlier version, dated 1951, is in the Selma Burke collection of the Spelman College in Pennsylvania tarvertine of Fine Art, Atlanta, Georgia and is included int he exhibition Augusta Savage: Renaissance Woman, curated by Jeffreen M. Hayes, presently at the Palmer Museum of Art, Penn State University, University Park.

Selma Burke was one of the most distinguished African-American sculptors of the 20th Century. She worked figuratively in brass, stone and wood, especially nudes and historical figures - including, her most famous accomplishment, the portrait of Franklin Delano Roosevelt on the dime. In the early 1930s, Burke studied sculpture in New York at the Art Students League and Sarah Lawrence College before a Boehler Foundation Fellowship in 1936 allowed her to travel to Europe and study with such artists as Maillol and Matisse.

Upon her return to New York, she worked in the WPA teaching at the Harlem Art Center while continuing her studies at Columbia University, completing the masters program with the help of a Julius Rosenwald Award in 1941. In 1943, she won an international competition to design a portrait of President Franklin D. Roosevelt - the completed bronze plaque was installed in the Recorder of Deeds Building in Washington, DC in 1945. This is the same profile that now appears on the dime though the initials belong to the coin engraver, John Sinnock.

From 1940 through the late 1970s, she taught art and sculpture at Livingston, Swarthmore, and Haverford Colleges. In 1940, she also founded the Selma Burke School of Sculpture in New York City, and, in 1968, the Selma Burke Art Center in Pittsburgh, Pennsylvania. Hayes p. 117.
Set Alert for Similar Items 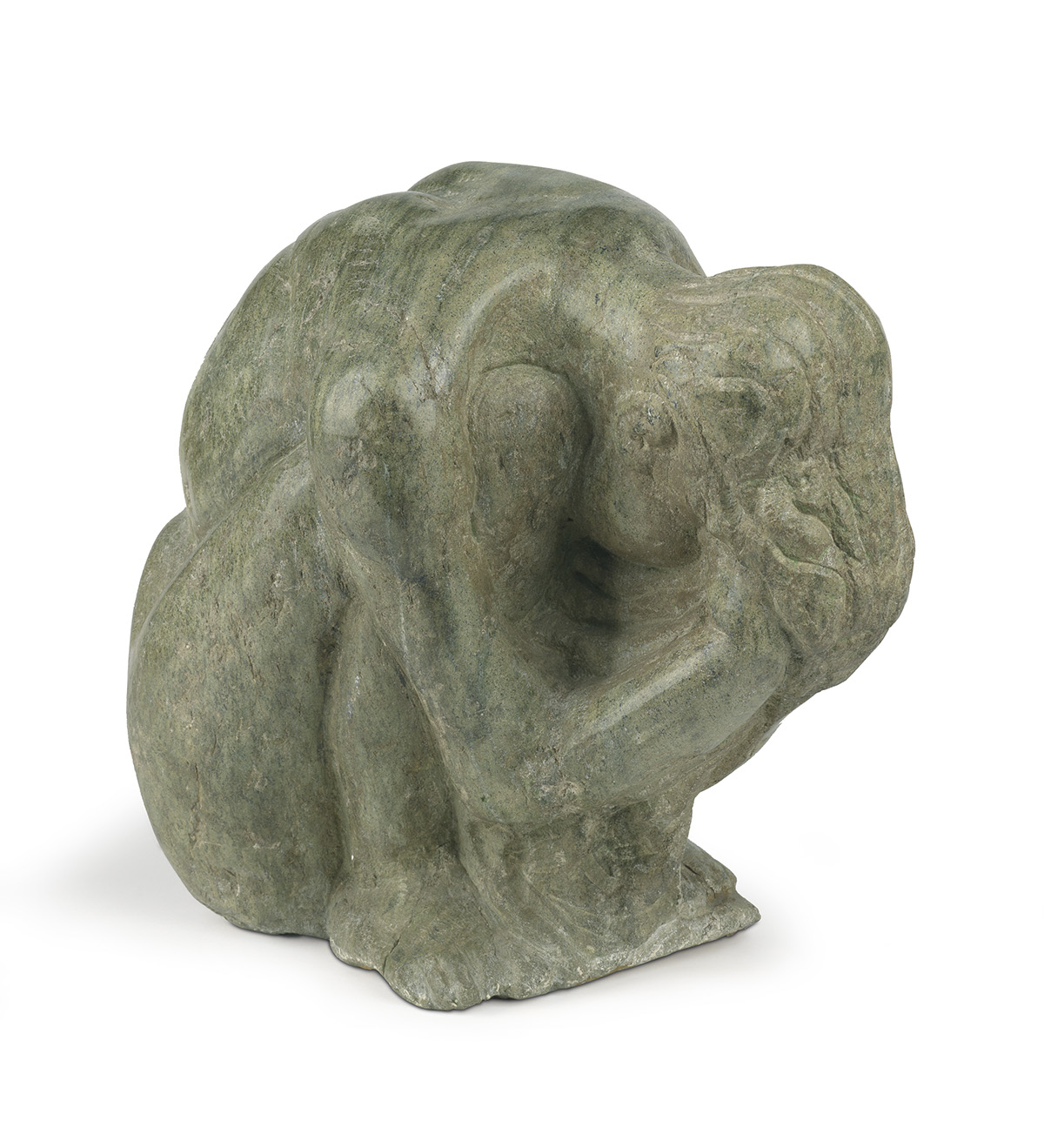