This expressionist work is a significant canvas by the artist, and the first of his large, mid-career 1970s canvases to come to auction. Attrition demonstrates not only the artist's focus on the social and political issues of his urban landscapes, but includes a wonderful display of his painterly technique. Smith contrasts large passages of colorful accumulation of many small drops and dashes of paint and unforgiving lines with rough areas of darkness textured by sand. Smith paints politically and socially disenfranchised figures in silhouette or flattened against the picture plane. The figures often confront the viewer, and are pressed against or into their urban environment, the stark store fronts, tenement buildings and dark street corners of New York. Smith himself has stressed this relationship - "When I paint, I'm always aware of the composition because I've always felt that the tighter the composition, the more interesting the work," he told American Visions magazine in 1999.
Set Alert for Similar Items 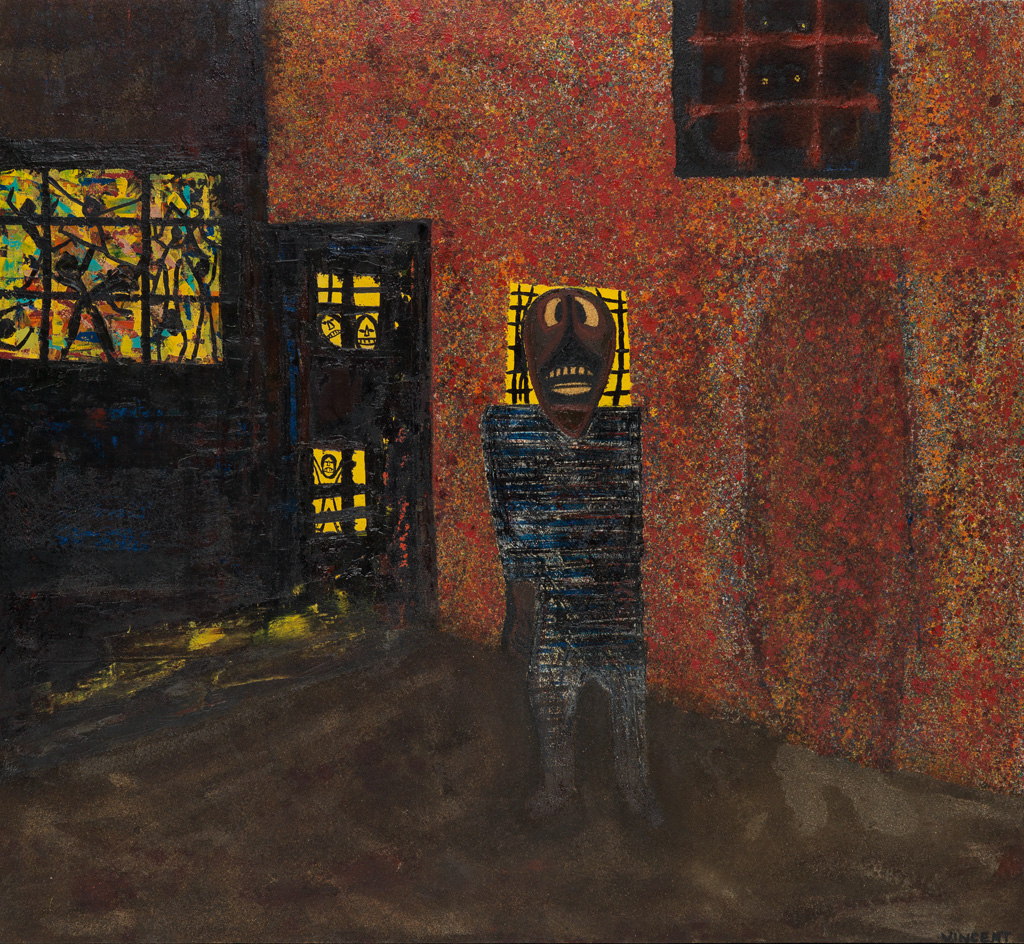