Henry W. Johnson, Jr. (circa 1822-1884) was an African American from Canandaigua, NY who rose in his working life from barber to lawyer. In June 1865, discouraged by his prospects in America, he emigrated to Liberia with the help of the New Jersey Colonization Society. This letter was sent as a report back to his sponsors. "All that has transpired since I left America, and all I have witnessed since my arrival here, have only confirmed me in the belief that Africa is the best home for the oppressed Black men of America! While in America, I was constantly weighed down with the thought that I was constantly in the presence of those who considered me inferior to them, for no other reason than because I wear the dark skin given me by my creator. . . . I have felt as free as the air we breathe, and the ponderous weight of human bondage has rolled off from my soul. My citizenship is acknowledged, my rights respected, my wrongs redressed, and my manhood fully recognized! This is what Liberia will do for every black man. . . . How lamentable it is, that so many thousands of intelligent colored men in America, possessing fine tallents and ample means, will continue to hug their chains, kiss the rod that smites them, finally die in despair . . . when they can obtain all they desire within the limits of the Republic of Liberia!" He also condescendingly describes the pre-colonization inhabitants of Liberia as "ignorant, degraded, superstitious, wild, and hostile tribes of natives" who have since been improved by "the seeds of a Christian civilization."
The bulk of this letter was published under the title "Views of an Intelligent Emigrant" in the journal African Repository, May 1866, pages 149-152. Two substantial passages from the letter were left out from the published version, though--both of them being passages which reflected poorly on the situation in Liberia: "Upon our arrival, we found the people suffering some inconvenience from a scarcity of provisions caused by an interruption of trade, in consequence of the Annunciation. The arrival of the Thomas Pope was very opportune, and Capt. Alexander was hailed as a great deliverer!" Also left out of the published account was a postscript: "My family and myself are still under the influence of a fever. Therefore I have seen but little, and can say no more at present. In my next, I will speak of the government and people, and . . . endeavor to give such information as will be interesting, useful and instructive to the American people." Certainly, the editors did not want to create an impression that emigrants would be greeted by starvation and disease. Also notable is a one-word change which may be incidental, or may be somewhat disturbing. Johnson signed this original letter as "Your humble friend." It was set into type in the African Repository as "Your humble servant."
Johnson went on to serve as Attorney General of Liberia from 1869 to 1871, was ousted in a coup, and ran a coffee plantation there until his death in 1884. A two-part article on him by Preston E. Pierce, "Liberian Dreams, West African Nightmare: The Life of Henry W. Johnson," ran in the journal Rochester History in 2004 and 2005. 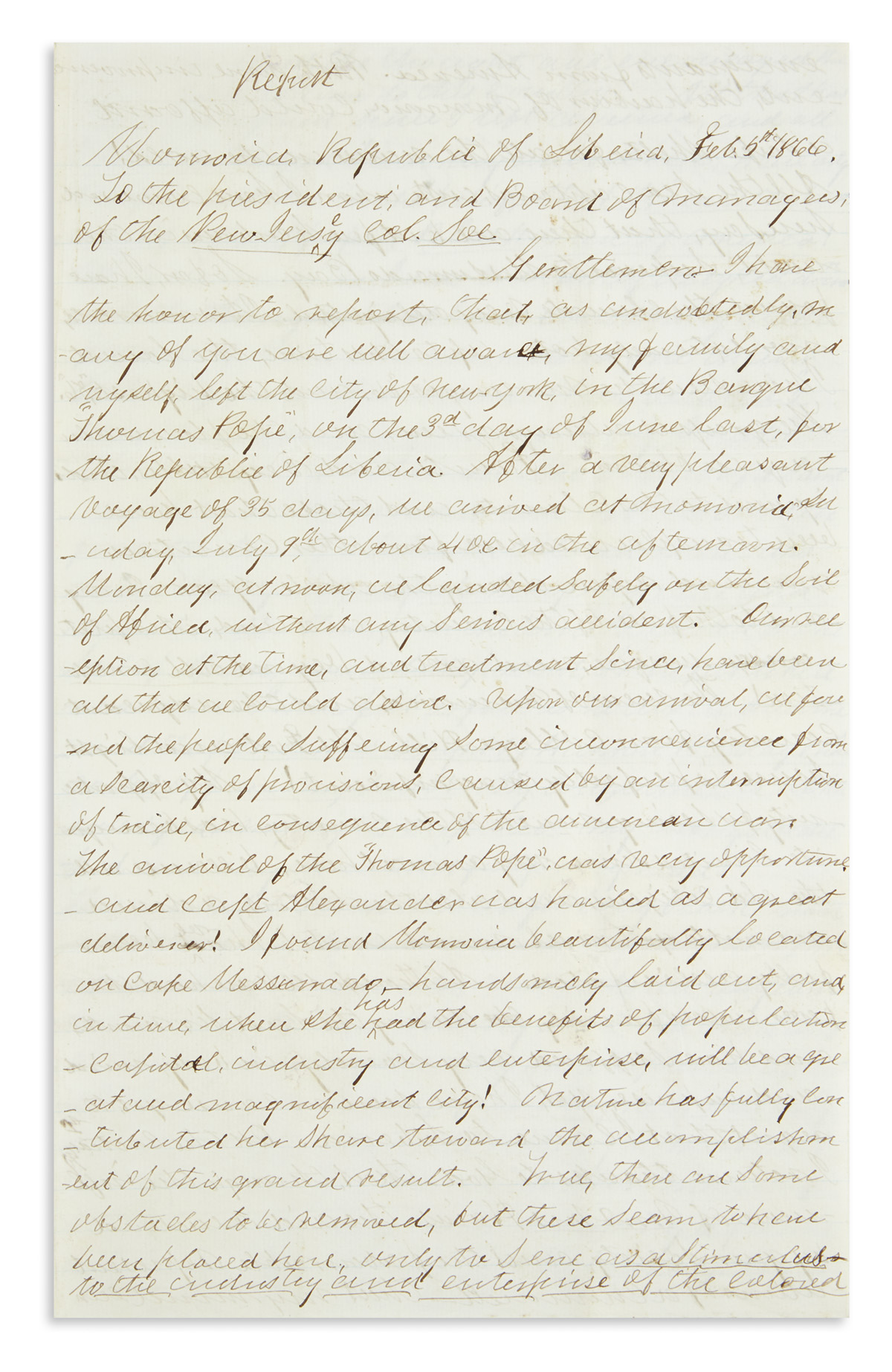