Price Realized: $ 7,500
Price Realized: $ 9,750
?Final Price Realized includes Buyer’s Premium added to Hammer Price
Estimate: $ 7,000 - $ 10,000
THE MEN WHO ABOLISHED SLAVERY (ALBUM.) Autograph album containing over 200 signatures by political, military and other notables, including Abraham Lincoln, most of his cabinet, and most members of the 38th U.S. Congress who voted in favor of the 13th Amendment abolishing slavery, first kept by John Ganson, who served in the U.S. House of Representatives between 1863 and 1865. The president and nearly all congressmen inscribed the album pages in June of 1864, a few autographs laid in, the others mounted, most three per page on rectos only. Square 8vo, gilt-lettered cloth, worn; text block shaken with several gatherings loose or detached. Vp, 1850-74
Set Alert for Similar Items 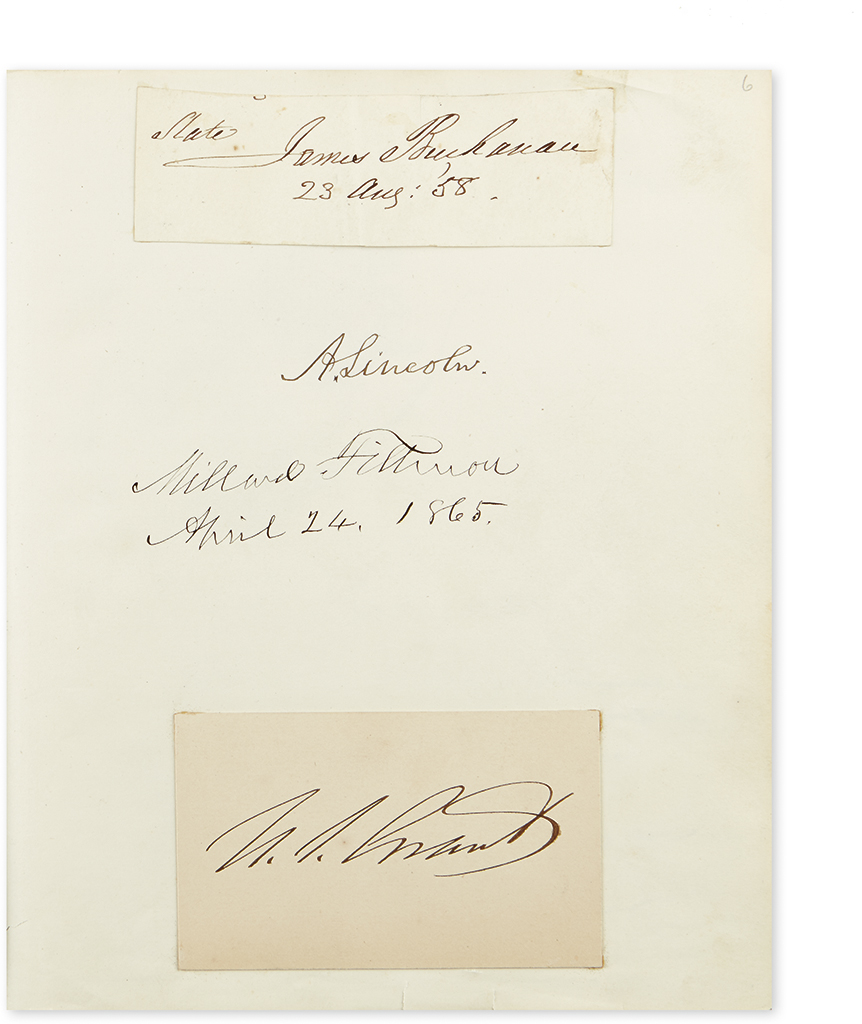 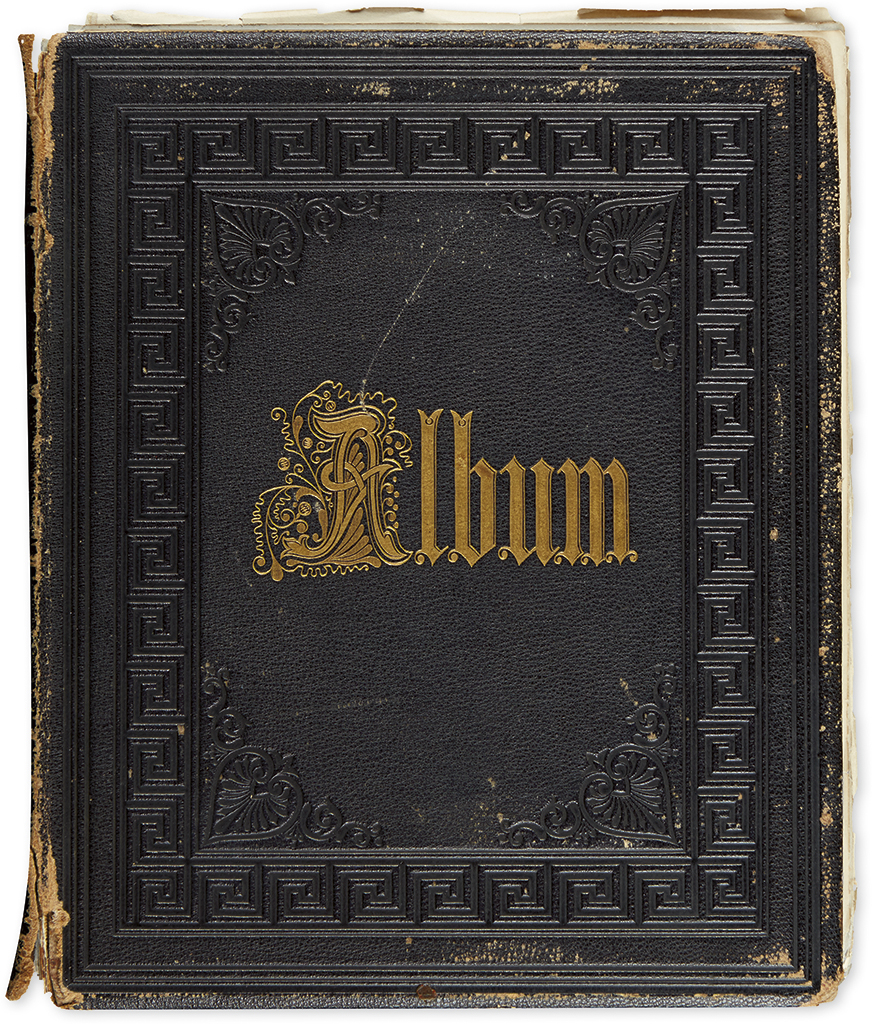