Paine began publishing his "American Crisis" series on 19 December 1776. Number III appeared on 25 April, at which point the first three numbers were issued together as a pamphlet. Offered here is an early newspaper printing of the concluding section of Number III, less than a month after its first appearance. This selection begins with a history of the early days of the Revolution: "The era I mean to begin at, is the breaking out of hostilities, April 19th, 1775. Until this event happened, the Continent seemed to view the dispute as a kind of lawsuit for a matter of right, litigating between the old country and the new; and she felt the same kind and degree of horror, as if she had seen an oppressive plaintiff, at the head of a band of ruffians, enter the court, while the cause was before it, and put the judge, the jury, the defendant and his council, to the sword. Perhaps a more heart-felt convulsion never reached a country with the same degree of power and rapidity before, and never may again."
Addressing the character of America's Loyalists, Paine insists that "There is not such a Being in America as a Tory from conscience: some secret defect or other is interwoven in the character. . . . The whole race of prostitutes in New-York were Tories; and the schemes for supporting the Tory cause in this city, for which several are now in jail, and one hanged, were concerted and carried on in common baudy-houses, assisted by those who kept them." This essay's concluding paragraph expresses Paine's revolutionary vision: "All we want to know in America is simply this, Who is for Independence, and who is not? Those who are for it, will support it, and the remainder will undoubtedly see the reasonableness of their paying the charges; while those who oppose, or seek to betray it, must expect the more rigid fate of the jail and the gibbet." Paine later published 10 more essays under the American Crisis title from September 1777 through the end of the war, but the first three are the best known. 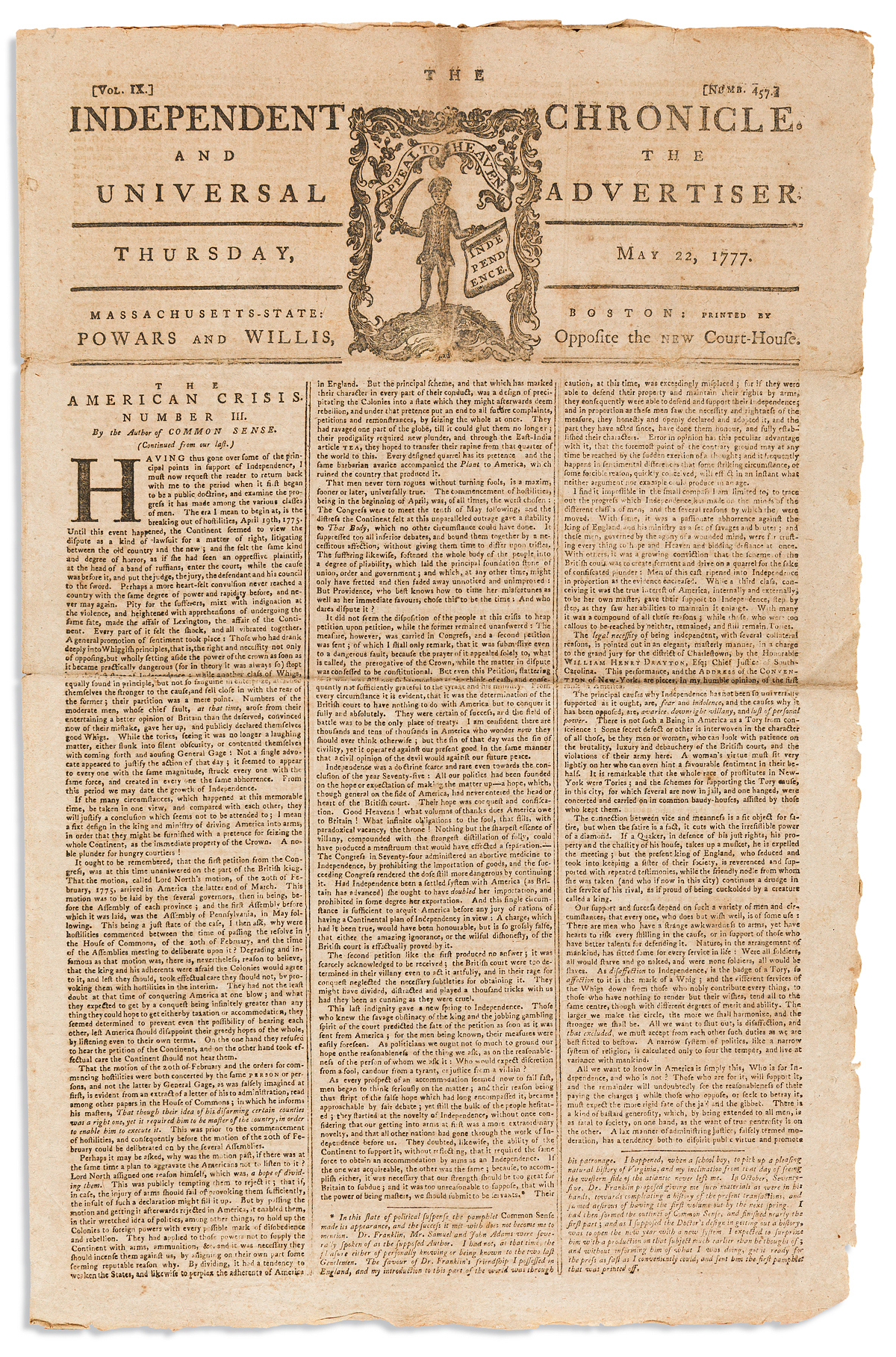