Rufus Lincoln (1751-1838) of Wareham, MA enlisted as a corporal at the Lexington Alarm, and was serving as a lieutenant in the 14th Massachusetts Regiment when captured near Schuylkill, NY in December 1777. As this collection shows, he was imprisoned in British-held New York, where he was paroled in Flatlands, Brooklyn by March 1779. For at least part of this time, he lodged at the home of Petrus Ammerman. He was released by 1781, when he transferred to the 7th Massachusetts as a captain and served until the end of the war.

Offered here are two commonplace books written by Lincoln while on parole in Flatlands. They contain a mix of essays and verse which he copied from books and periodicals, perhaps from Ammerman's library. Interspersed are a few copies of important documents relating to the Revolution, particularly high-level correspondence on the negotiations for prisoner exchanges. A few items do not appear to be published elsewhere, and may be original compositions by Lincoln or his fellow prisoners.

The smaller of the two volumes contains the war-related material. Possibly original patriotic pieces include:

"Some Birth Day Verses Composed by James Moore while Prisoner on Long Island, October 30th." Reads in part "My earthy cumforts often snatch't away / And into darkness sunk my brightest day / And now I suffer for my country's cause / Because we dare oppose a tyrant's laws / But you my friends who suffer equal woo / Can best believe the pains I under goo."

"On Redemption: A Poem Composed by James Moore While Prisoner on Long Island, the Substance Taken from a Small Peace Said to be Found in the Isle of Patmuss."

"A New Song to the Tune Black Sloven," which begins "Ye brave sons of freedom, assemble to day / So honest, so hearty, so happy and gay / Come joyn in the choras and chearfully sing / In prais of the land that with freedom doth spring."

A poem which begins "What means the tolling of the Flatland bell / Or crouds of prisoners there pray tell," apparently written on 5 April 1780.

Among the important war documents Lincoln has transcribed here, we find no other source for one: "A General State of British and American Prisoners, December 29 1779." It is a table which counts prisoners on each side, broken out by rank. Eight officers are named at the bottom, who are not counted in the table for various reasons. Other more widely available documents which appear here in transcription include a partial transcript of proposals for a prisoner exchange drafted circa early January 1780; a letter from General Washington on prisoner exchanges dated 1 February 1780; and proposed articles of capitulation at Siege of Charleston, 1780.

Lincoln copied extensive literary material to pass the time. Most notably, poems by the trailblazing Black poet Phillis Wheatley appear in each volume, as well as the introduction to her 1773 collection of poems. It may be interesting to see that Wheatley's book had made the trip from London to New York by 1779, and that this young patriot officer found resonance in her work, alongside passages from Addison's Spectator, the Dictionary of the Holy Bible, Robinson Crusoe, and the Universal Gazetteer.

These papers were the property of Lincoln's descendant James Minor Lincoln (1854-1916), who published portions in his 1904 book "The Papers of Captain Rufus Lincoln." The larger commonplace book is described briefly in this publication as "Diary Number Three" from pages 62 to 64. The smaller commonplace book is transcribed in full in the 1904 book as "Diary Number Four" from pages 65 to 95 (although the manuscript has lost at least one final leaf since it was published). A full summary of the contents of both manuscript volumes is available upon request.

WITH--manuscript copies of additional Rufus Lincoln papers on about 40 leaves of linen or tracing vellum, apparently done at around the same time as the 1904 book. They include copies of important correspondence, and a long and detailed "Return of American Officers and Other Prisoners on Long Island, August 15th 1778." While these documents were published in the 1904 book, the book does not include images, and the present location of the original manuscripts is unknown. 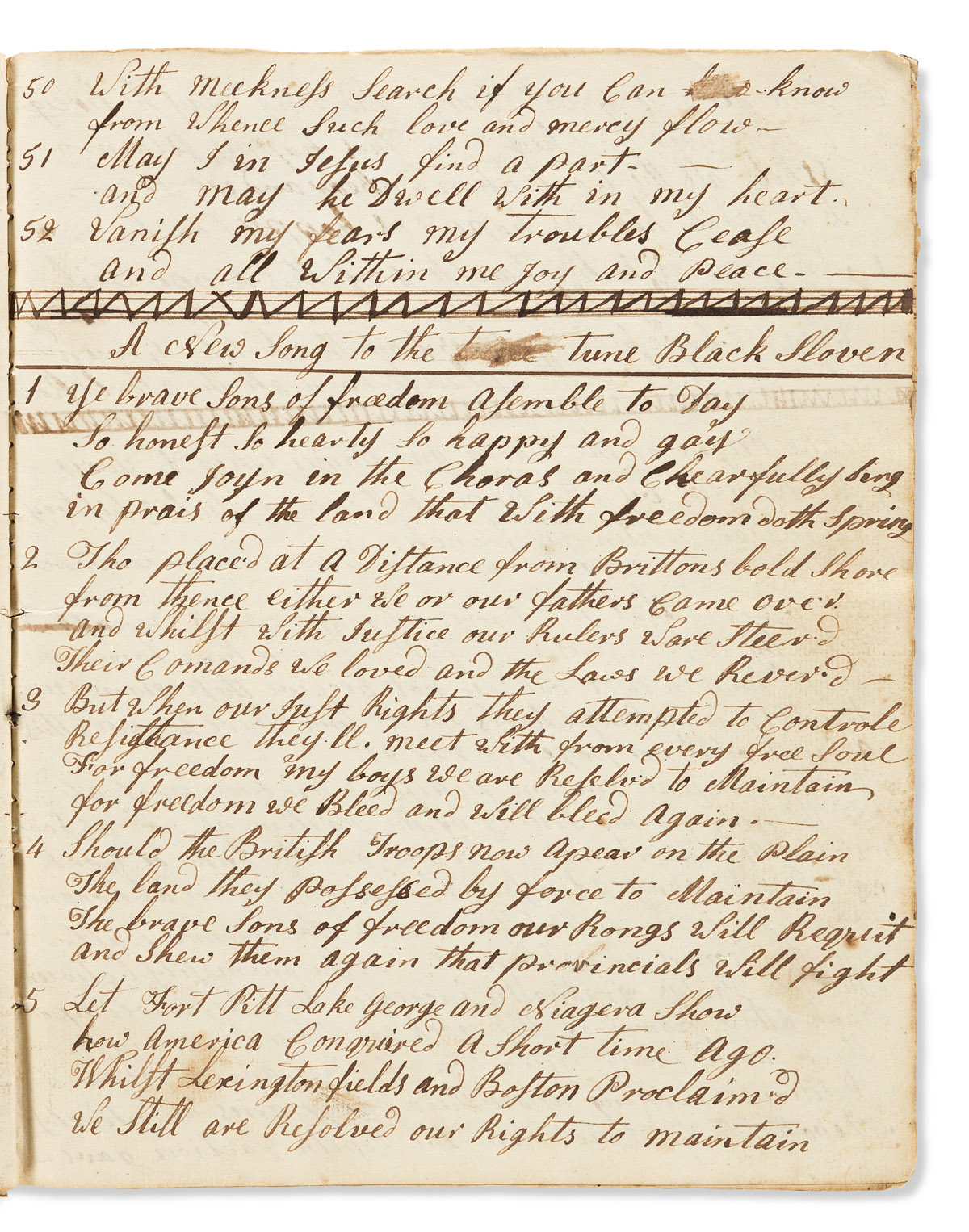