Richard Wesley Konter (1882–1979) was a veteran radio operator in the United States Navy, and accompanied Admiral Byrd as chief radioman on his 1926 expedition to the Arctic. He was also a ukulele player of some note, a point which is surprisingly relevant. This letter was written on the day after Byrd's historic and controversial flight from the desolate Arctic island of Svalbard to the North Pole, famously undertaken just three days before Roald Amundsen's attempt from the same place. Konter did not accompany Byrd and his pilot Floyd Bennett on the historic flight, but otherwise was a witness to the historic proceedings on Svalbard that week. This letter captures a portion of the excitement:
"We were so very busy, night and day, getting ready for the expedition. . . . Even now, we are head over heals in work, and no telling when you will get this, for we are out in the ice wilderness and there is infrequent communication with civilization. Everything is ice, or snow, as far as the eye can see, and at first the sight was fascinating, but now that Commander Byrd has flown to the pole and back, we will be glad to start home. . . . My uke was taken up to the pole, so it is now very valuable to me. Ammansen leaves at one in the morning for the pole, and we are going to see him off. It is always broad daylight 24 hours of the day, so the time of day makes no difference here." The ukulele mentioned here, which Konter convinced pilot Bennett to smuggle to the pole under the airplane's seat, was later autographed by Byrd, the President and many other notables; it is now known as "the most valuable ukulele in the world." Sadly, it will not accompany this lot!
Konter's correspondent was Joseph Daykin Dent (1891-1957) of Maplewood, NJ, a vice-president at Guarantee Trust in New York City. The letter is accompanied by 15 photographs from the expedition, some of them quite wonderful. One of them is a well-known image of Byrd and Bennett in heavy parkas posed in front of their Fokker monoplane, with part of the plane's name "Josephine Ford" visible behind them. Another depicts Konter in uniform with his beloved ukulele, signed and inscribed front and back to Joseph Dent. One shows Konter standing with Amundsen and 4 other explorers. An aerial view (possibly taken from the returning Josephine Ford) shows a tiny settlement and is captioned "crew on flight over little town." Several others show the Josephine Ford, one of them about to launch with the caption "May 9 1926, 1/2 hour late for N Pole, 12:45 a.m." Finally, another shows a support boat under flag, possibly en route to the Josephine Ford, with the caption "Returning, May 9 1926, 6 p.m." 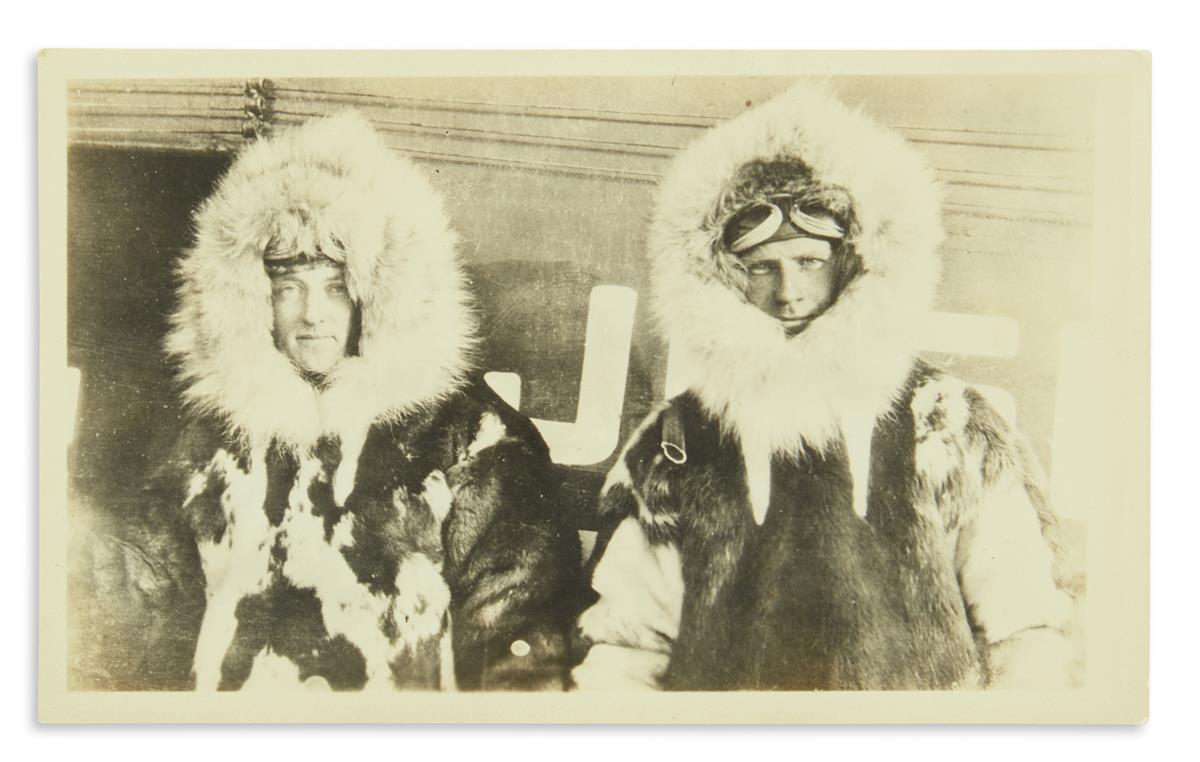 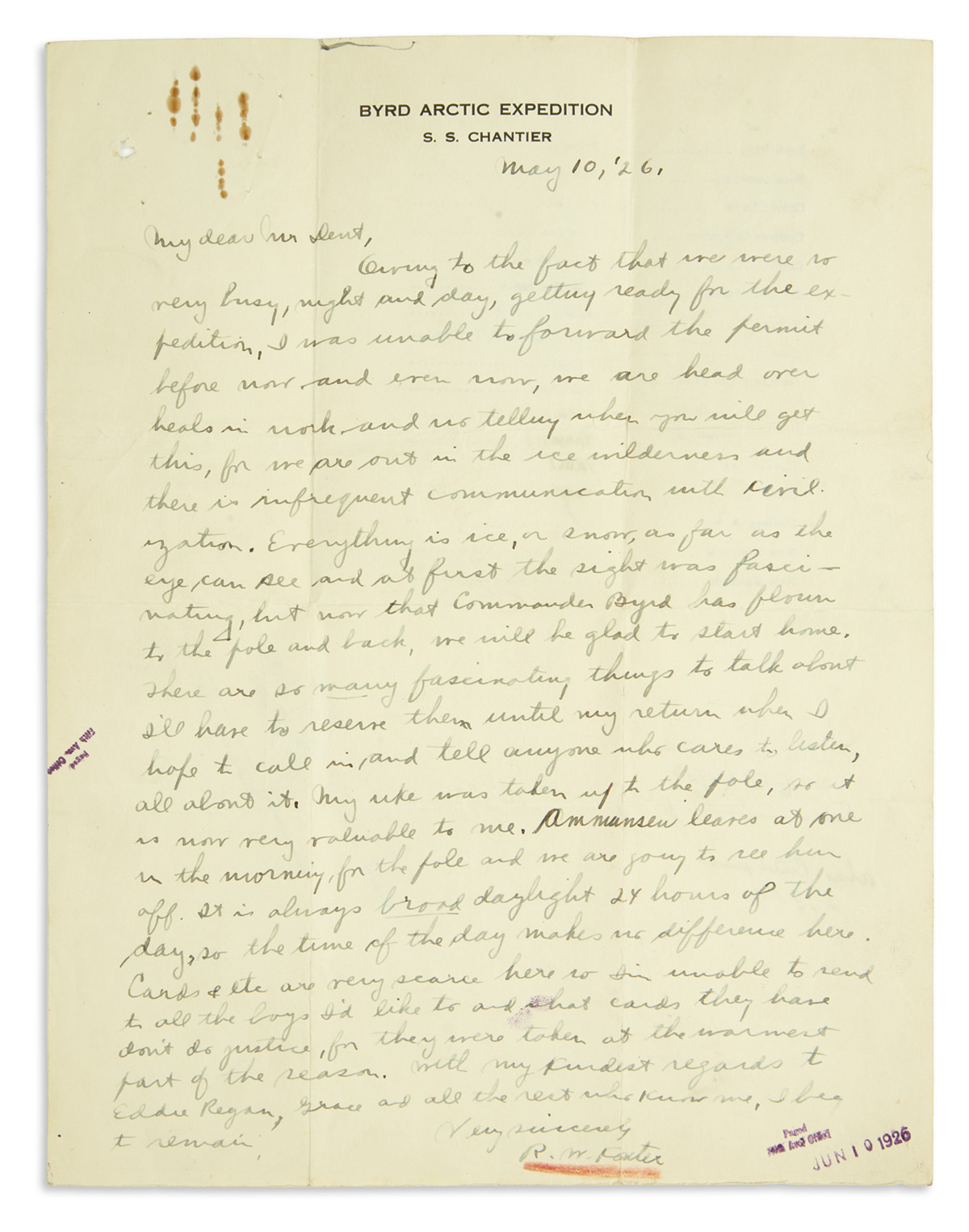