Masood Ali Wilbert Warren (1907-1995) of New York attended the Art Students League in the 1930s, graduated from New York University in 1939, served in the United States Army for many years as a quartermaster sergeant, and received a Masters in the Arts from Temple University in 1961. His work was exhibited at the National Academy of Design, the American Watercolor Society, and the National Arts Club.

Warren is known primarily for his portrait busts and other sculptural work, but as seen in this archive, he was also a prolific sketcher. The bulk of the pieces in this lot are candid portrait sketches of unidentified people, usually alone or sometimes in pairs, many of them Black but spanning a wide range of ethnicities. His subjects are often depicted on park benches, strolling down sidewalks, or sitting at lunch counters, evoking the streets of New York in the 1960s, 1970s, and 1980s. A few are arranged by subject matter, with folders devoted to musicians, nudes, and animals. Most of the pieces are about 12 x 9 inches; a portfolio box contains 17 larger sketches of nudes, about 18 x 12 inches, as well as a 17 x 14 watercolor portrait dated 1979.

In addition to the original sketches, this lot includes more than 50 personal and professional letters to Warren, 1940-77, including letters from Congressman Charles Rangel, Manhattan Borough President Percy Sutton, numerous letters regarding employment and commissions, and some relating to his Muslim faith. More than 70 photographs are included, many of them official Air Force photographs documenting his sculptural work, or of the artist in uniform and/or at work. Also included are portraits inscribed to Warren by singers Lena Horne and Kay Starr in 1948. Two large panels with mounted photographs are proposals for large sculpture projects--a monument to World War Two ace pilot Thomas McGuire which was given a prominent place at McGuire Air Force Base in New Jersey, and another to the lost submarine SSN Thresher.

Selections from this archive were on exhibit at the New York Public Library's George Bruce Library in February 2018 as "Masood A.W. Warren: Harlem's Everyday People." Provenance: gift from the artist to the consignor. 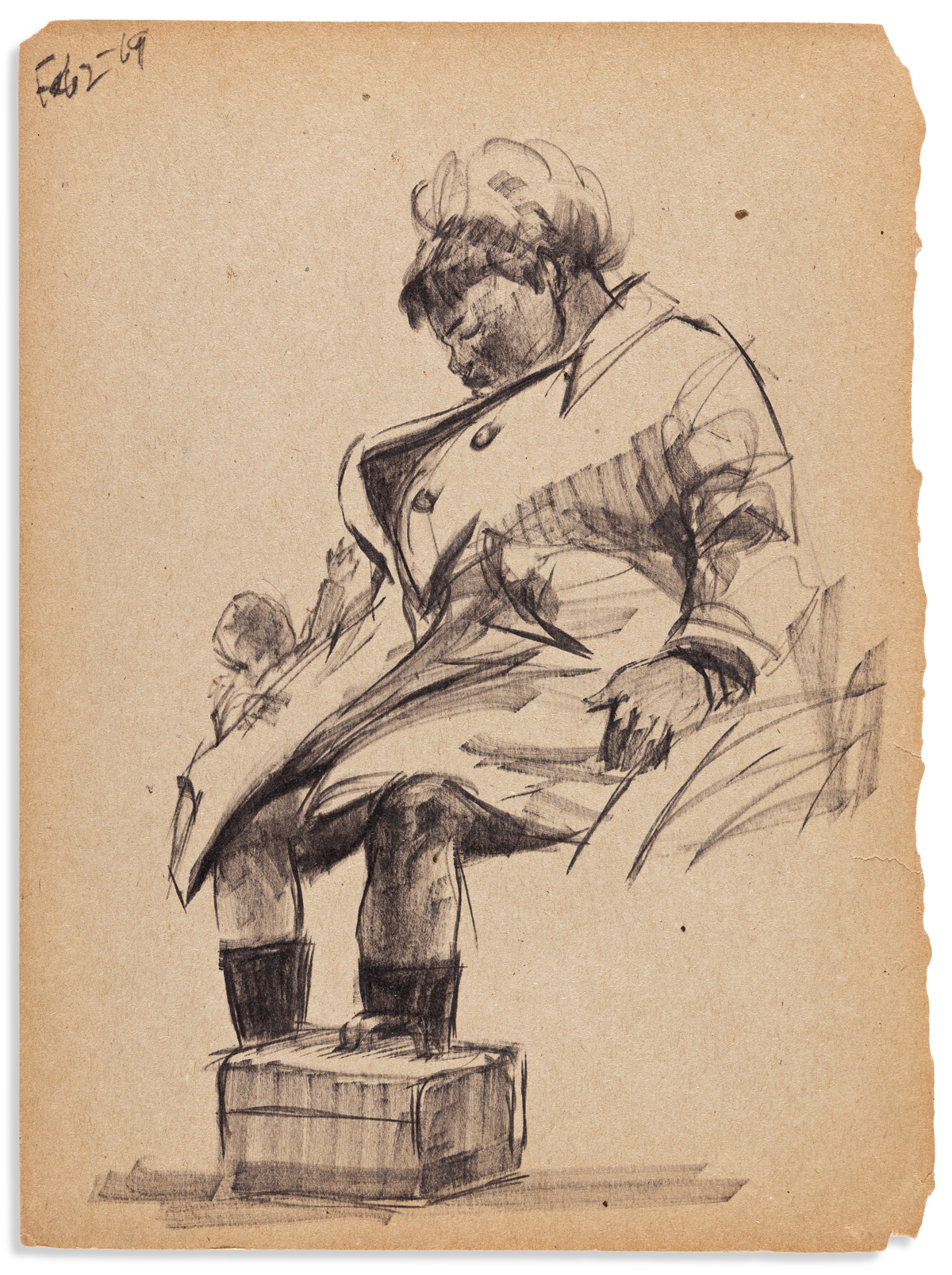 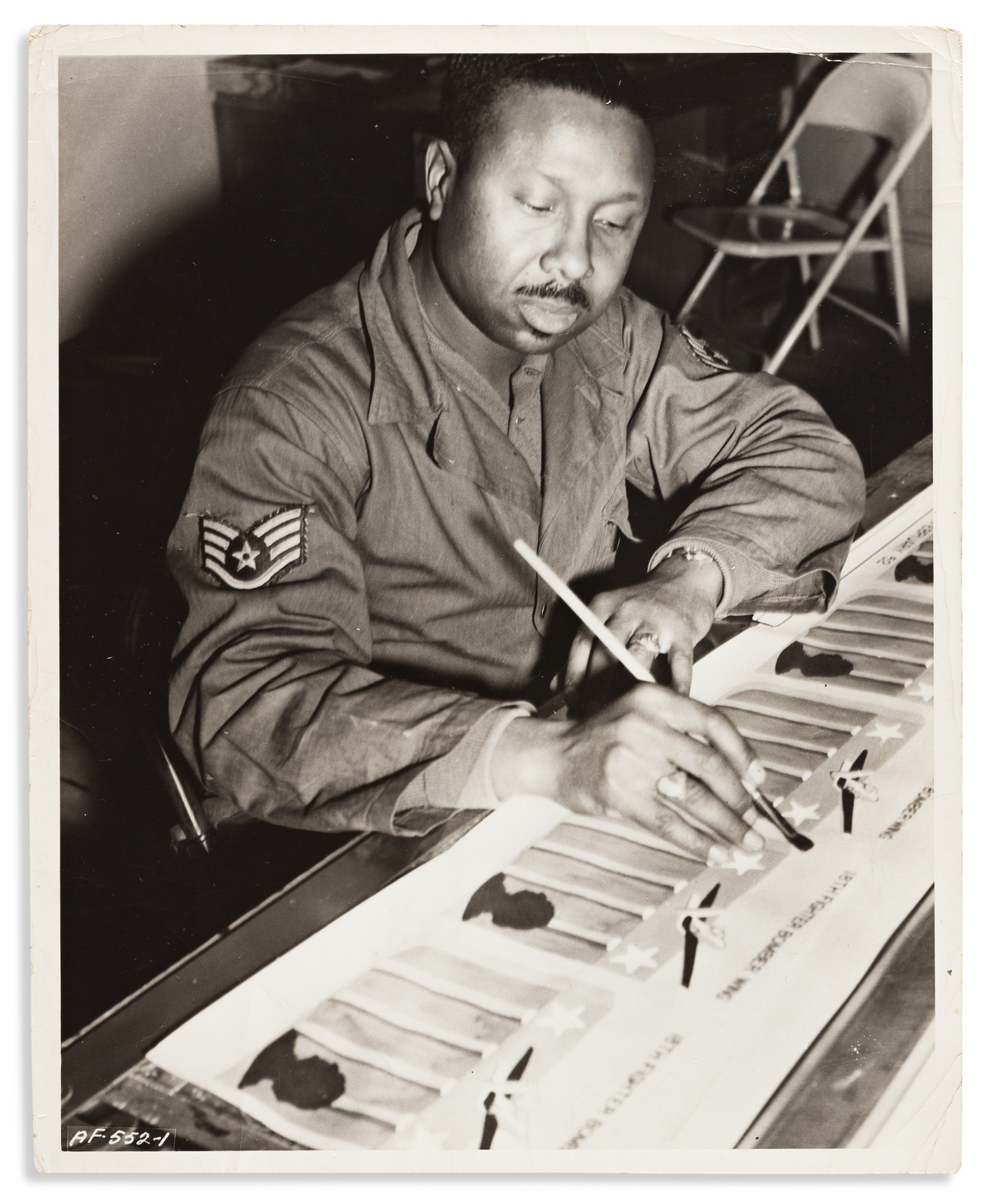