Charles McMeen Kurtz (1855-1909) was a notable art critic and curator. Born and raised in New Castle, PA, he attended Washington & Jefferson College and the National Academy of Design, where he launched National Academy Notes, which ran through 1889. He rose to prominence as an assistant to curator Halsey Ives with the 1893 World's Columbian Exposition in Chicago, worked with the 1898 St. Louis Exposition, was Assistant Director of Fine Arts for the American exhibits at the 1900 exhibition in Paris, and served as art director for the Louisiana Purchase Exposition in 1904. In the last years of his life, he headed the Buffalo Arts Academy.

The collection includes 6 of Kurtz's annual diaries: 1885, 1886, 1888, 1892, 1894, and 1898, each with a few weeks or months of entries. In the earliest two diaries, he is a young journalist and curator in Manhattan, on the staff of the American Art Association (predecessor of Sotheby's New York), often reporting "no picture sold" or occasionally better news. On 14 January 1885 he reported a sale to a celebrity minister: "Henry Ward Beecher in, bought a Chrisanthemum picture by Miss Buell, $75." He was a regular at exhibition openings and other art-related social events across town. In 1886 he mentions several visits to Bierstadt in May and June. The 1888 diary was written in Minneapolis. 17 January 1888: "First load of effects including painting left by sleds for St. Paul. . . . Went inside the walls of the burnt Universalist Church, all covered with ice formations of great beauty." 1892 finds him in Chicago preparing for the Columbian Exposition. 30 November 1892: "Prof. Ives and I had Japanese commissioners T. Tegima and Y. Yambe with us at University Club for lunch. Evening, I went to Palette Club reception where I engaged 2 pictures." 1894 finds him still in Chicago, packing up and shipping paintings from the Columbian Exposition. 2 January 1894: "First lecture given at the new Art Institute Building. Crowded house, audience very kindly and appreciative." In May 1894 he arrives in Paris. In New York on 15 March 1898, he noted "Judy very much distressed by my recklessness in continuing to buy pictures in these bad times."

A packet on Kurtz's estate includes lists of art in his collection, and an auction catalog for its dispersal by Fifth Avenue Art Galleries in February 1910. Artists in his collection included Childe Hassam, Ralph Blakelock, and many more. Another folder contains memoranda relating to his art career: lists of his art loaned to institutions in Louisville in 1898, St. Louis in 1900, and Rochester in 1906; Kurtz's bill to John Wanamaker for curating a Mihály Munkácsy exhibition in Philadelphia in 1887; and a flier for a St. Louis Artist Guild meeting led by Halsey Ives. His notebook on the 1900 Paris exhibition includes notes on each nation's art halls ("Portugal: the less said the better").

Other highlights include a minute book of the C.H. Art Circle of Louisville, KY, 1906-1907 (connection to Kurtz unknown); a partial manuscript essay apparently by Kurtz titled "Impressions of the Primitives in Italy"; and an unpublished group of stories by Kurtz, "Five Stories Never Told Before, for Children of All Ages," in typescript with manuscript corrections, 1898. 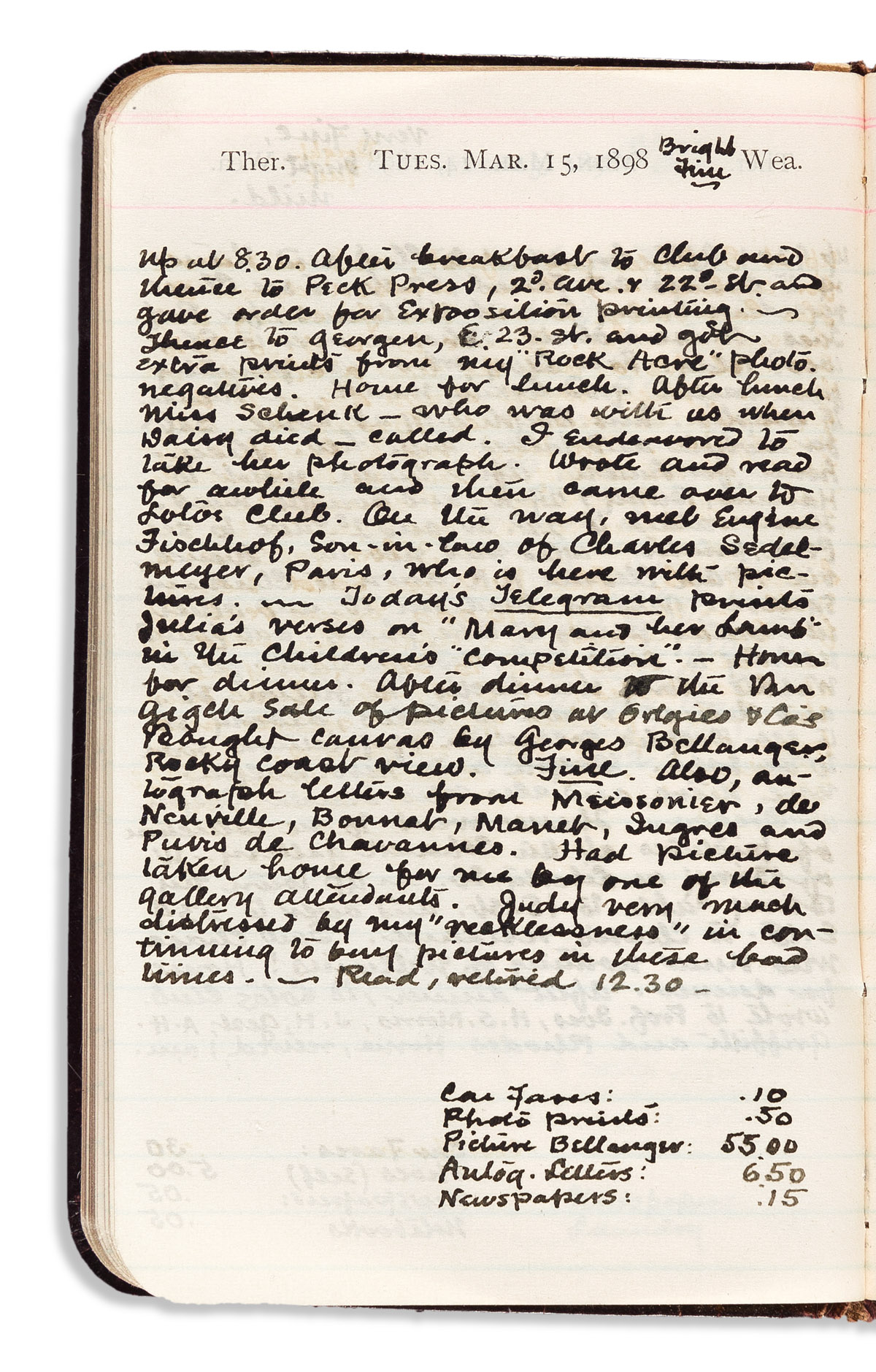