Louise E. Jefferson (1905-2002) was an artist, graphic designer, photographer, author, and cartographer. She was best-known for her 1974 book "The Decorative Arts of Africa," her long tenure as art director for Friendship Press, and the series of historical and educational maps she created for that press such as "Americans of Negro Lineage." She was born and raised in Washington, DC, launched her career in New York in time for the Harlem Renaissance, and retired in 1968 to Litchfield, CT. See Notable Black American Women II, pages 328-330.
Highlights of this large collection include her original design for a map, "The Iroquois Confederacy 1650" 8 of her printed maps and posters for Friendship Press and other publishers, including "Uprooted People of the U.S.A." and the small-format "Twentieth Century Americans of Negro Lineage" Autograph Letter Signed from artist Romare Bearden, 1968 A group of 9 drawings and test printings for her Decorative Arts of Africa 44 photographs, most of them fine art prints of work she did in Africa and New York circa 1959-61, including a photo of South African singer Miriam Makeba A sheet of negatives labeled "Marshalls," apparently taken at the home of Thurgood Marshall, her neighbor in the Morningside Heights cooperative in New York Carbon-copy script for a documentary on Gordon Parks (possibly unproduced), for which Jefferson served as art director The typed manuscript for "Biographical Notes on Twentieth Century Afro-Americans," marked up by Jefferson for layout, and featuring a biography of "Louise E. Jefferson, creator of the pictomap" Her scrapbook of newspaper and magazine clippings, 1925-1936, covering race relations, art, and more and a small unsigned framed pencil drawing of an African sculpture by Jefferson. Jefferson was also a collector of African Americana. Included are 3 items from her collection: a scrapbook of the Brown-Hinton-Lassiter family circa 1910-30 Cigarette card of 1902 boxing champion Joe Gans and an estate document for inheritance of slaves, Texas, 1861. Also included are hundreds of books and pamphlets from her collection, most relating to her career and wide-ranging interests: issues of The Crisis, Cavalcade of the American Negro, and Negro Digest, a copy of "Ebony and Topaz, a Collectanea" (lacking a leaf), works on African-American bibliography, and others relating to book design and publishing. Many of the pamphlets were designed by Jefferson or relate to her career. A more detailed inventory of the collection is available upon request. 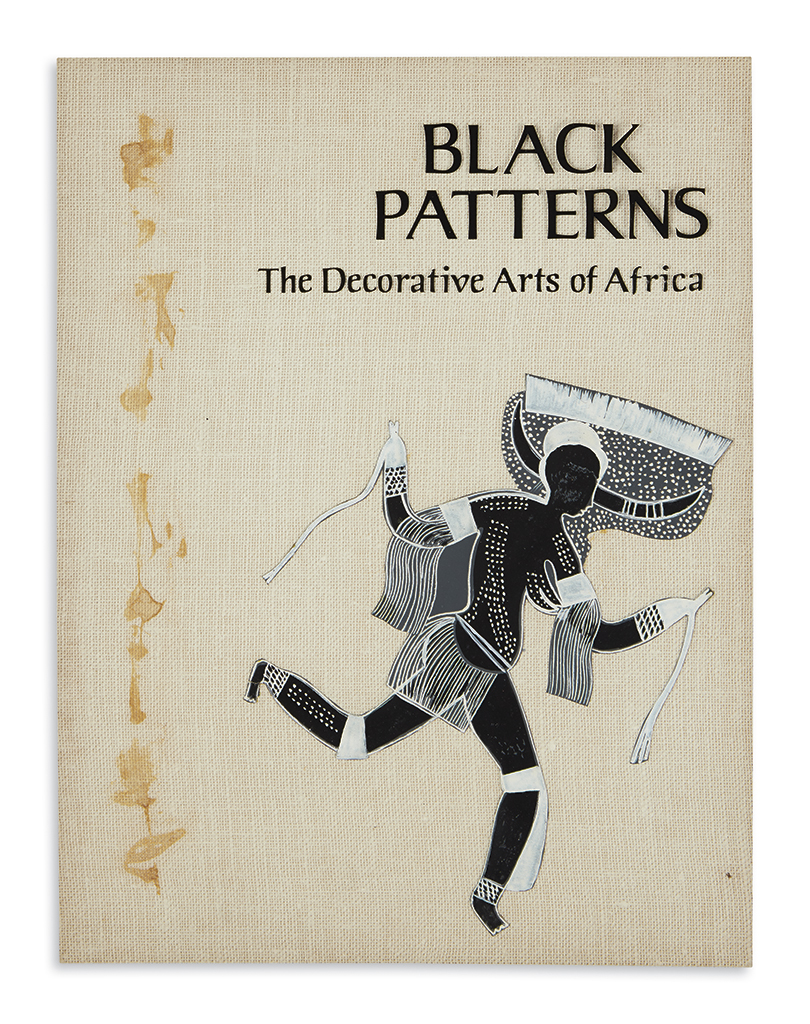