Samuel Greene Wheeler Benjamin (1837-1914) had an eclectic career as a diplomat, artist, and author. Son of missionaries, he was born in Greece, covered the Crimean War as a young journalist before graduating from Williams College in 1859, painted marine landscapes, wrote and edited numerous works on art, especially for the Magazine of Art, and was American Minister to Persia from 1883 to 1885. Offered here is a scrapbook of Benjamin's correspondence--mostly but not exclusively from prominent American artists in response to his journalistic queries, 1876-1880.

In 1878, Benjamin had sought permission to reproduce a work by realist painter Thomas Eakins, possibly in the Magazine of Art. Eakins responds here on 1 November 1878: "I should be very pleased to have you reproduce my zither player or my Prof. Gross picture or a part of it or anything else of mine you might like. The things at William Sartain's would be the handiest for you to get, and I would value his judgement as to which one more than my own." Eakins references what is now possibly his best-known work, "The Gross Clinic" from 1875.

Hudson River School master Frederic Edwin Church replied to a similar request with a dolefully self-deprecating letter on 7 January 1879: "Your request for the use of a picture to engrave for your papers on American art ought to have a favorable and prompt response. . . . I possess but one of my own pictures and that one is not suited for black and white. I have never been accustomed to work with the engraver's art in view, and I must confess that my works generally are defective in effective treatment of light and shade. Partly in consequence of this, nearly all photographs of my work are absolute failures."

In other realms, James Milton Turner was the nation's first Black diplomat, serving as consul to Liberia from 1871 to 1878. Here he writes from the island of Tenerife on 7 April 1873, reporting on quarantine conditions and asking Benjamin to have some parcels at the Customs House "shipped to me at Monrovia." Benjamin also received letters from Williams College presidents Paul A. Chadbourne and Mark Hopkins, Smith College president Laurenus Clark Seelye (describing his efforts to form a world-class American art collection at Smith), and Bowdoin College president (and Civil War general) Joshua Chamberlain. Authors William Dean Howells, Elizabeth Akers Allen, and Paul Hamilton Hayne are also represented, as is senator (and fellow Williams alum) John James Ingalls. 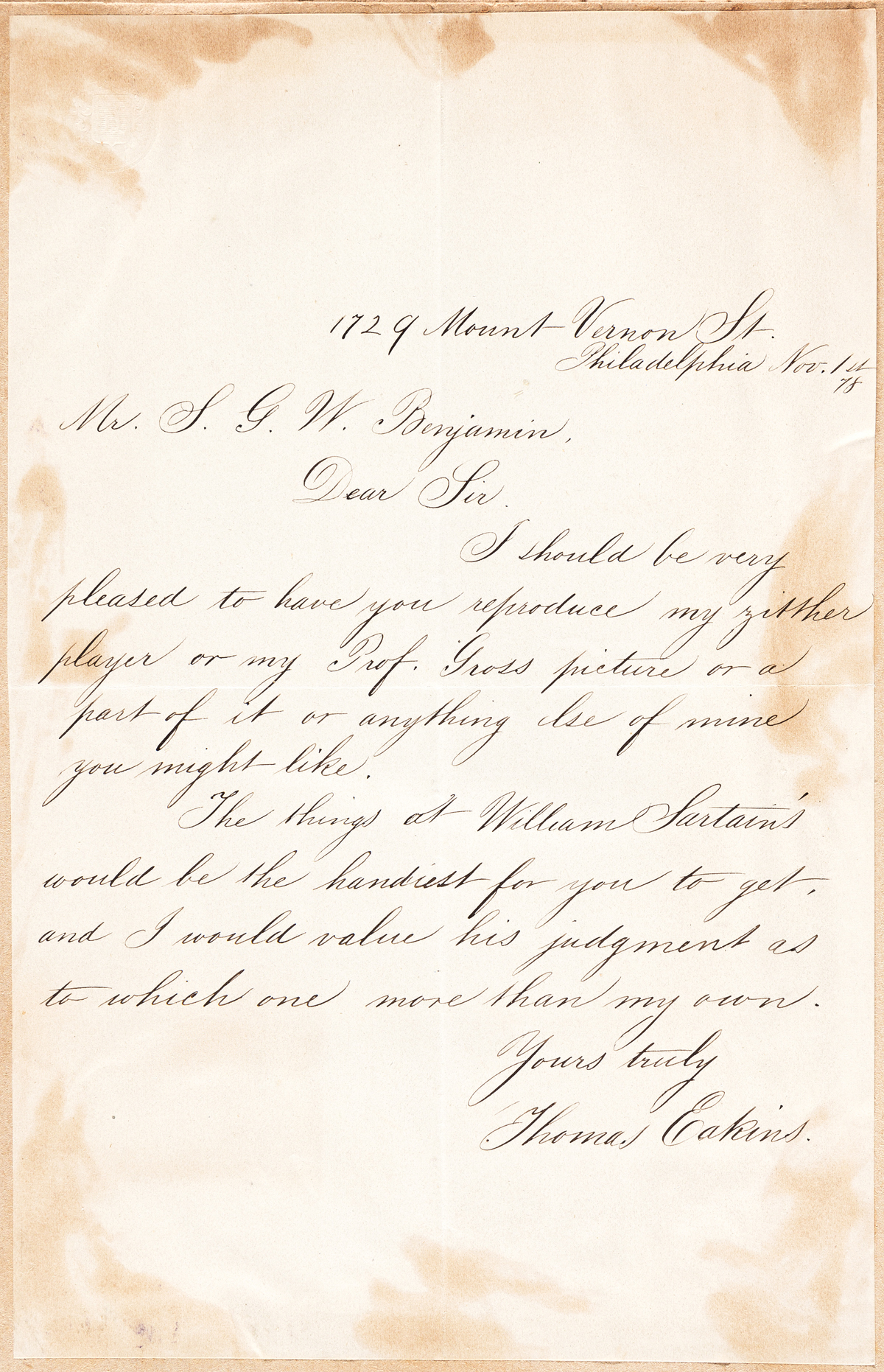