The Wright brothers made their first successful flight in Kitty Hawk, NC on 17 December 1903. No reporters were present, but a telegraph operator leaked news of the flight to a Virginia newspaper, which published an inaccurate third-hand account that received some national circulation. Reporters were present near Dayton, OH for failed attempts in May 1904, but these received minimal coverage. By this point the Wrights had become rather secretive and distrustful of the press. On 20 September 1904, Wilbur Wright made the first completed circular flight, their most successful to date. No members of the mainstream media were present, but they had invited a Ohio man named Amos Ives Root (1839-1923).
Root was a bit of a renaissance man. His main business was bees. He manufactured beekeeping equipment and published the bi-weekly Gleanings in Bee Culture. He had a general interest in science, though, and had befriended the Wrights after hearing about their work. They invited him to write about the 20 September flight, so he put together the first eyewitness account of a successful heavier-than-air flight, and submitted it to Scientific American--who rejected it.
Fortunately, Root did not need Scientific American to get the word out. He had a column titled "Our Homes" in each issue of his Gleanings in Bee Culture, filled with his personal musings on modern society. The "Our Homes" column in the 1 January 1905 issue was dedicated to the Wright flight, pages 36 to 39, between a letter titled "Acreage of Alfalfa Necessary to Take Care of 50 Colonies" and classified ads for the purchase of hives and honey. Root prefaces his article with a biblical quote more associated with the first telegraph: "What hath God wrought?" He begins: "Dear friends, I have a wonderful story to tell you. . . . God in his great mercy has permitted me to be, at least somewhat, instrumental in ushering in and introducing to the great wide world in invention that may outrank the electric cars, the automobiles, and all other methods of travel. . . . It was my privilege, on the 20th day of September, 1904, to see the first successful trip of an airship, without a balloon to sustain it, that the world has ever made, that is, to turn the corners and come back to the starting-point."
Root followed up with a shorter article in his 15 January issue, "The Wright Brothers' Flying Machine" (pages 86-87), illustrated with a photograph of Wilbur Wright on an airborne glider, explaining that "the flying-machine is the same thing with the aluminum engine which stands right close to the operator." Root, a big temperance advocate, added that "no drinking man should ever be allowed to undertake to run a flying-machine." His coverage remains an important source on the earliest days of flight--and the first published eyewitness account. 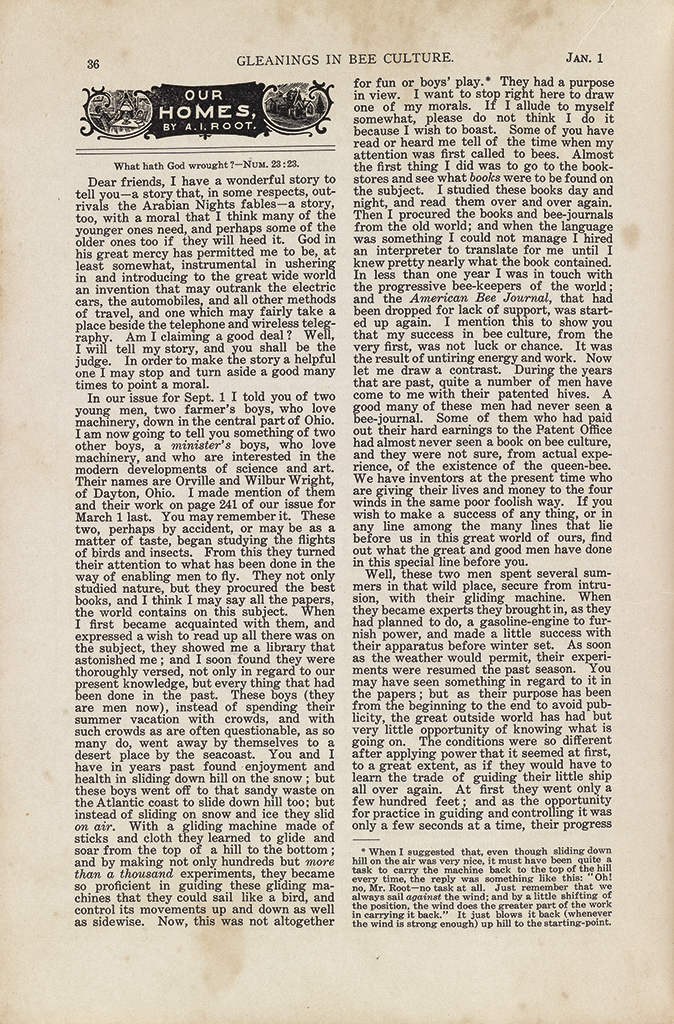 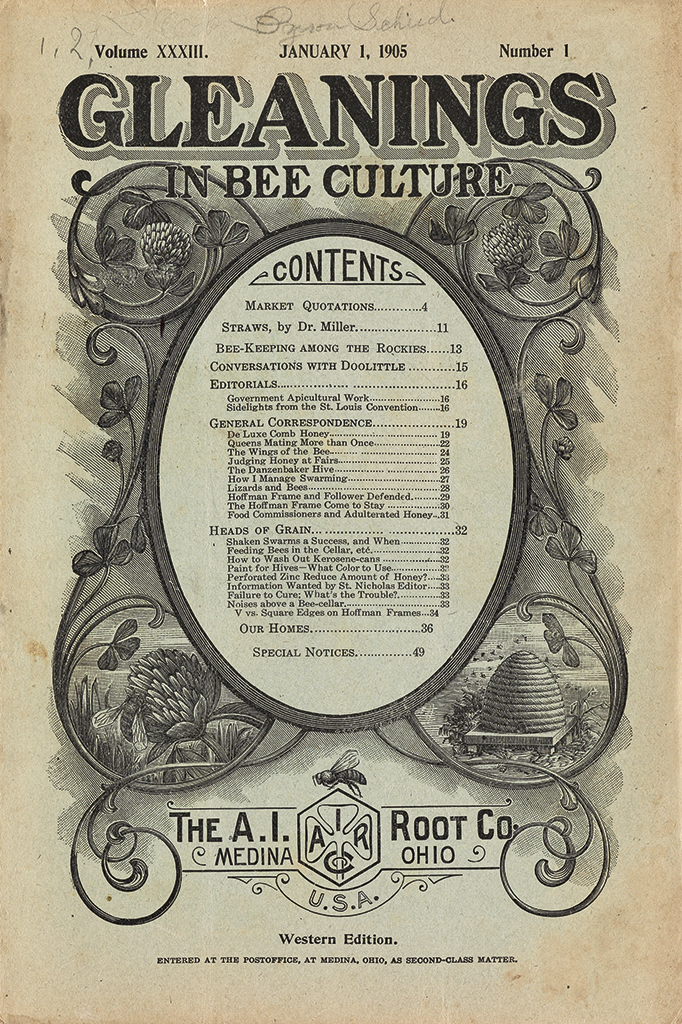