A brief and very much not in-depth accounting of the plates reveals the presence of labels from the likes of: Charles Carroll, signer of the Declaration of Independence and those of his antecedents and descendents; John Mercer of Virginia, one of the witnesses to Martha Washington's will; Philip Ludwell Lee for whom Leesburg, Va is named; Major Joseph Bloomfield, Revolutionary War soldier and later Governor of New Jersey; George Washington but noted as a forgery; Richard Champion; Thomas Heyward, another signer; Alexander Melville Bell, inventor of Visible Speech, a system of instruction for the deaf and father of Alexander Graham Bell; William Emerson, father of Ralph Waldo; Killian K. Rensselaer; De Witt Clinton; John Quincy Adams; Benjamin Chambers, founder of the city of Chambersburg, Pa.; Henry Wadsworth Longfellow; H.L. Mencken, a very nice selection of women's plates, and many many more authors, statesmen, politicians, aristocrats, libraries, and societies. For those inclined to this particular interest, it is a tremendous trove. 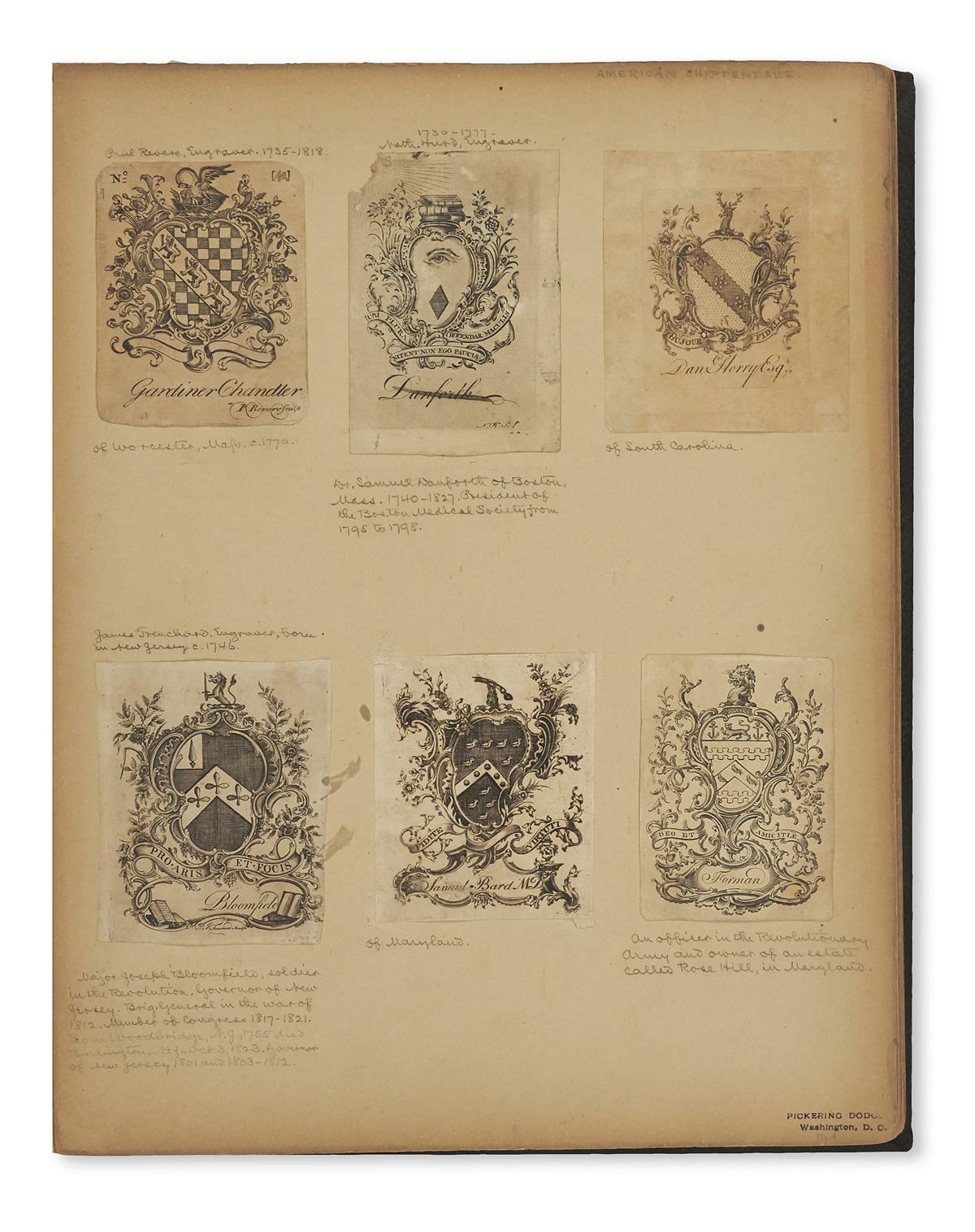 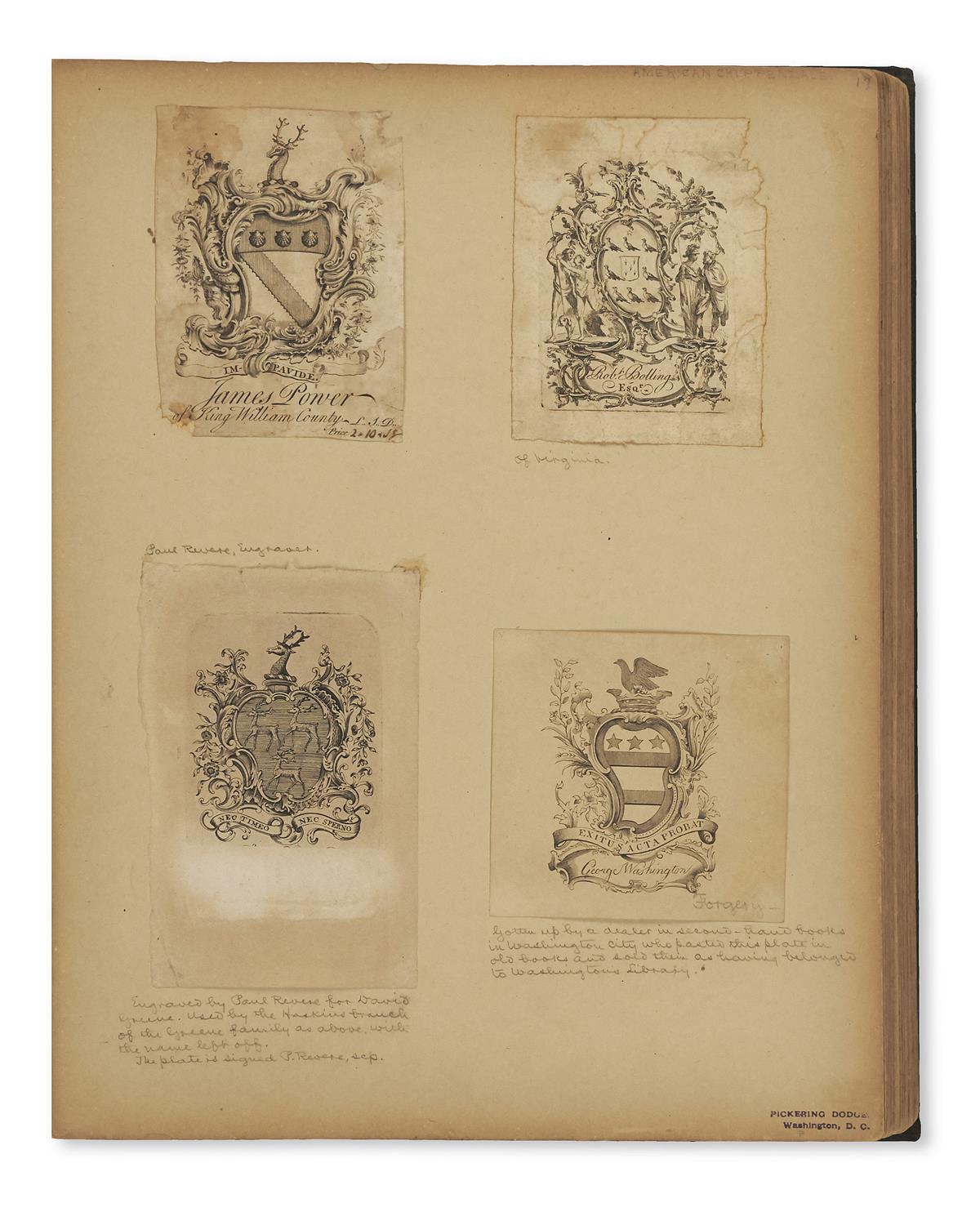