Price Realized: $ 28,000
Price Realized: $ 35,000
?Final Price Realized includes Buyer’s Premium added to Hammer Price
Estimate: $ 30,000 - $ 45,000
(CHINA & JAPAN--FELICE BEATO, JOHN THOMSON & F.W. SUTTON)
An album containing 200 hand-colored cartes-de-visite, including occupationals, military men, tattooed subjects, civic figures, criminals, aristocrats, and tradeswomen, from Japan and China that was compiled by Lieutenant Commander William Starr Dana, U.S. Navy.
With 138 photographs of Japan by Felice Beato. The remaining 62 photographs of China, with several attributed to John Thomson and Frederick Sutton. The photographs are grouped by theme and subject; a few Japanese individuals appear multiple times, with captions that identify their purported trade or class. Highlights include: Satsuma's Admiral, Commandant of Yokohama Garrison, and Stos Bashi, Tycoon of Japan. Sutton's images include "the priest who attacked [British envoy] Sir Harry Parks [sic, Parkes] & retinue . . . on March 23, 1868." The next pages feature a picture of an "Executioner" wielding a lethal sword and one of a severed head, likely that of the priest, Seagusa Shigru. Hand-colored albumen cartes-de-visite, many with a letterpress caption affixed to mount verso and a few with printed credits; each with a caption, in English, below the photograph (on the album page). Folio, red morocco, covers detached; contents tight. 1863-69

William Starr Dana (1842?-1890) was a career officer in the U.S. Navy. A graduate of the Naval Academy, he served in the Civil War under Admiral Farragut and wrote a gripping account of action in the battle of Mobile Bay. On May 12, 1868 he was promoted to Lieutenant-Commander and placed in command of the U.S.S. Shenandoah of the Asiatic Squadron. He was promoted to Commander in the United States Navy in 1881, and commanded the U.S.S. Ashuelot in the Asiatic Squadron from 1881 to 1890. 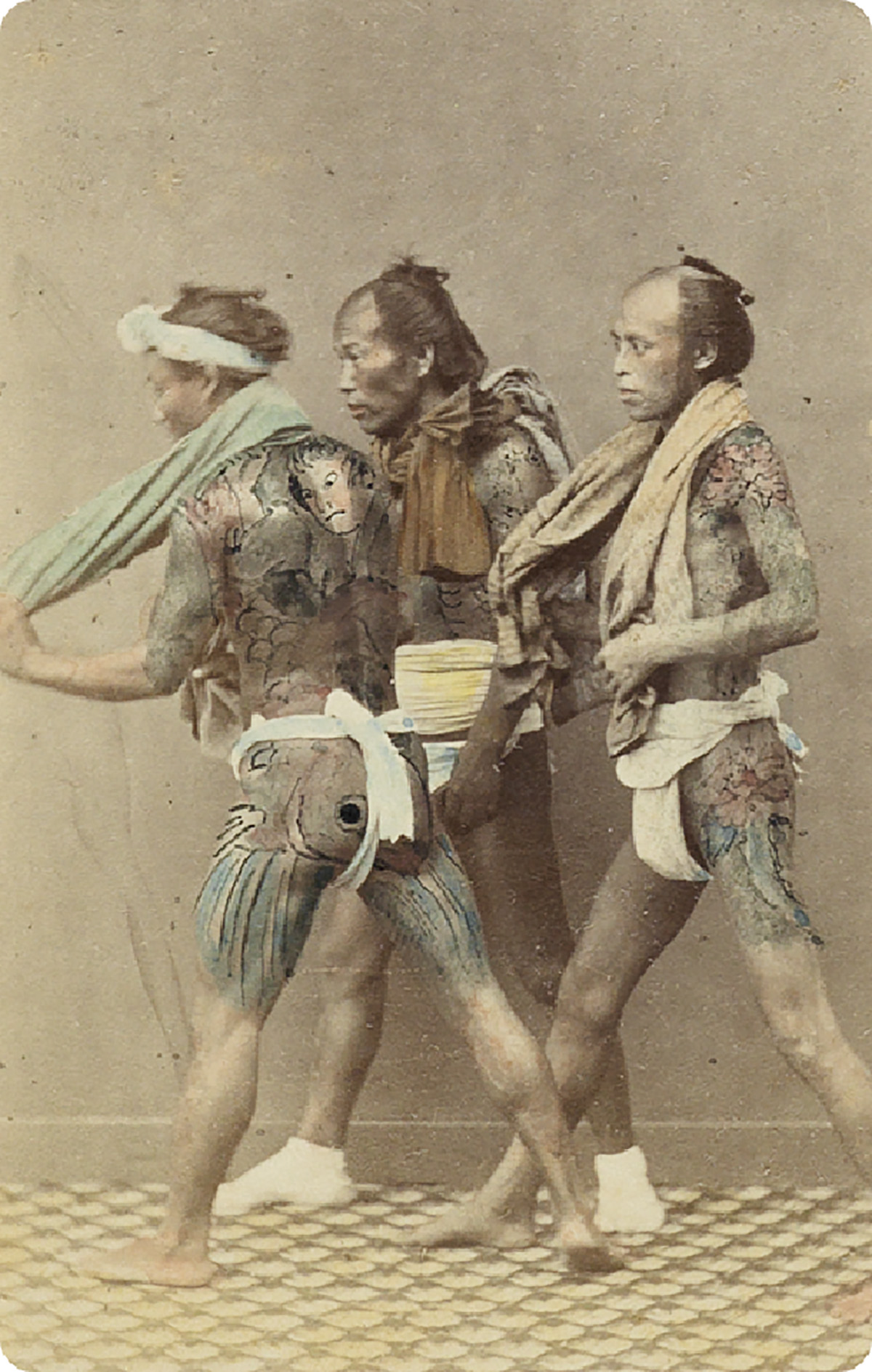