These fascinating reports were based on interviews with dozens of African-American residents of Dutchess County, NY, two hours north of New York City. The small cities of Poughkeepsie and Beacon are each covered by one report, with the final report covering residents of the more rural towns of Wappinger's Falls, Red Hook, Hyde Park, Rhinebeck, and Millbrook. The backgrounds of each interviewee are described, although they are identified only with an initial ("Rev. and Mrs. W."). The reports offer a detailed sociological summary of attitudes on the eve of American involvement in World War Two--not just toward defense, but also segregation, migration, educational opportunities, and local community dynamics.
For example, one long paragraph describes the businesses along Beacon's Beekman Street, "the 'Negro' street up from the Hudson River where a large number of colored people live. . . . Mr. and Mrs. T do not live on Beekman Street (those people who do have a complex about it and feel 'the minute you say you live on Beekman Street in this town, you're disgraced!'). . . . The Congo Inn, the town's other colored saloon-beer garden restaurant, which as one interviewee puts it 'appeals to the younger crowd,' while the Beacon Inn is frequented by the older working class." One Beacon man had spent time in Germany and insisted that "Negroes were being made victims of propaganda in regard to the Germans: . . . 'The Germans treated me just like any other man. Personally, I hope Hitler wins the war!'" In Poughkeepsie, the report mentions "community attitudes of a group of Geechie (North Carolina emigrant-Negroes) who have remained isolated from the native Negro community, speak a strange dialect, and are even now establishing their own small Baptist church." Regarding the potential for hiring in defense factory jobs, "interviewees hoped that those Negroes employed for the first time either in private industry, or on any possible defense project, would be chosen with care, and if possible, with the advice and approval of some Negro leader."
The author of these reports, Manet Helen Fowler (1916-2004), was a journalist and later was the first African American woman to receive a PhD in cultural anthropology; she was the daughter of Harlem Renaissance educator Manet Harrison Fowler. She was apparently paid to compile the reports; her detailed expense reports appear at the end of the last two. However, we have been unable to determine what agency commissioned the project. They might well have been ordered by the Work Projects Administration. Regardless of their genesis, these are remarkably sympathetic and vivid portraits of small-town northern communities. 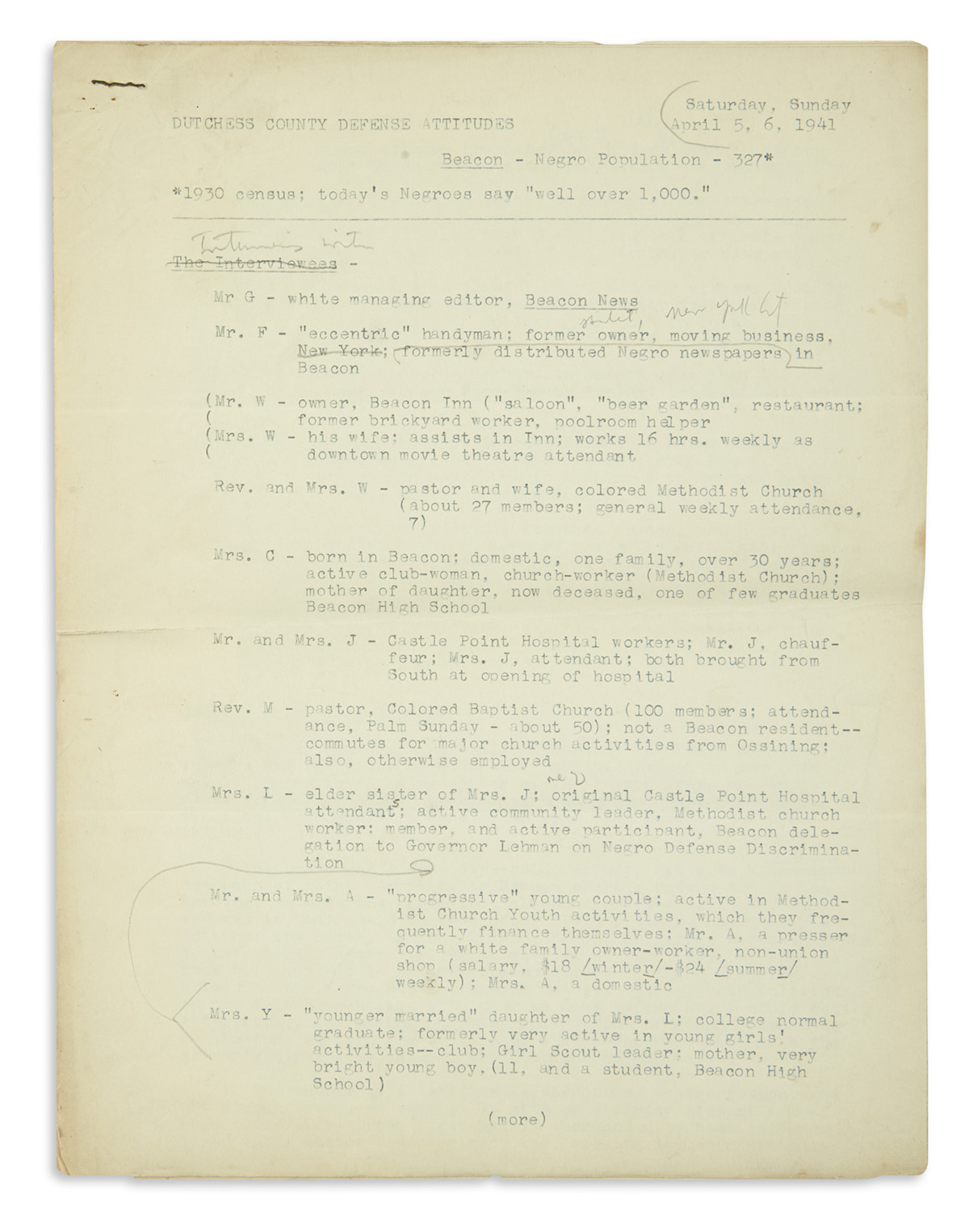