This sketchbook was the work of Private John Richard (1831-1889) during the closing months of the war. While recovering from wounds suffered at Antietam, he apparently had some freedom to travel; the volume includes views of Washington, Alexandria, Baltimore, Annapolis, Hampton Roads, Appomattox, and Mount Vernon. The massive Union base at City Point, VA (a major supply hub, and site of Depot Field Hospital) appears frequently. Numerous naval steamships are depicted (one with a cargo of rebel prisoners on deck), as well as forts, hospitals, and headquarters. A group of Black soldiers roll barrels in front of the U.S. Government Bakery. In another, a family of 4 freedmen is seen outside a large cabin. Unusual subjects include an attractive brightly colored view of the United States Capitol, and John Wilkes Booth (taken from a popular portrait). Two stylized views of soldier gravestones, one Confederate and one Union, bring gravity to the proceedings.

Richard, also known as Rychard or Richards, emigrated from Switzerland to the United States in 1854. The 1860 census found him in the town of Webster, NY near Rochester, where he worked as a day laborer. A few months after his enlistment in the 59th New York Infantry, he was seriously wounded at Antietam in September 1862 and was sent to a Union hospital in Chestnut Hill, PA. There he first became known for his art, sketching numerous scenes of Germantown. He was transferred in February 1864 to the Veteran Reserve Corps, 135th Company, 2nd Battalion.

After the war, Richard settled in Philadelphia; some of his 1863 Germantown sketches were engraved for sale in the 1880s, and then posthumously published as "Quaint Old Germantown" in 1913. At some point shortly after the war, he painted a large oil on canvas view of the Battle of Fredericksburg, which ended up in the Nelson & Happy Rockefeller collection. See Lisabeth M. Holloway, "John Richards (1831-1889) and his Sketchbook," in the Germantown Crier, 1981. 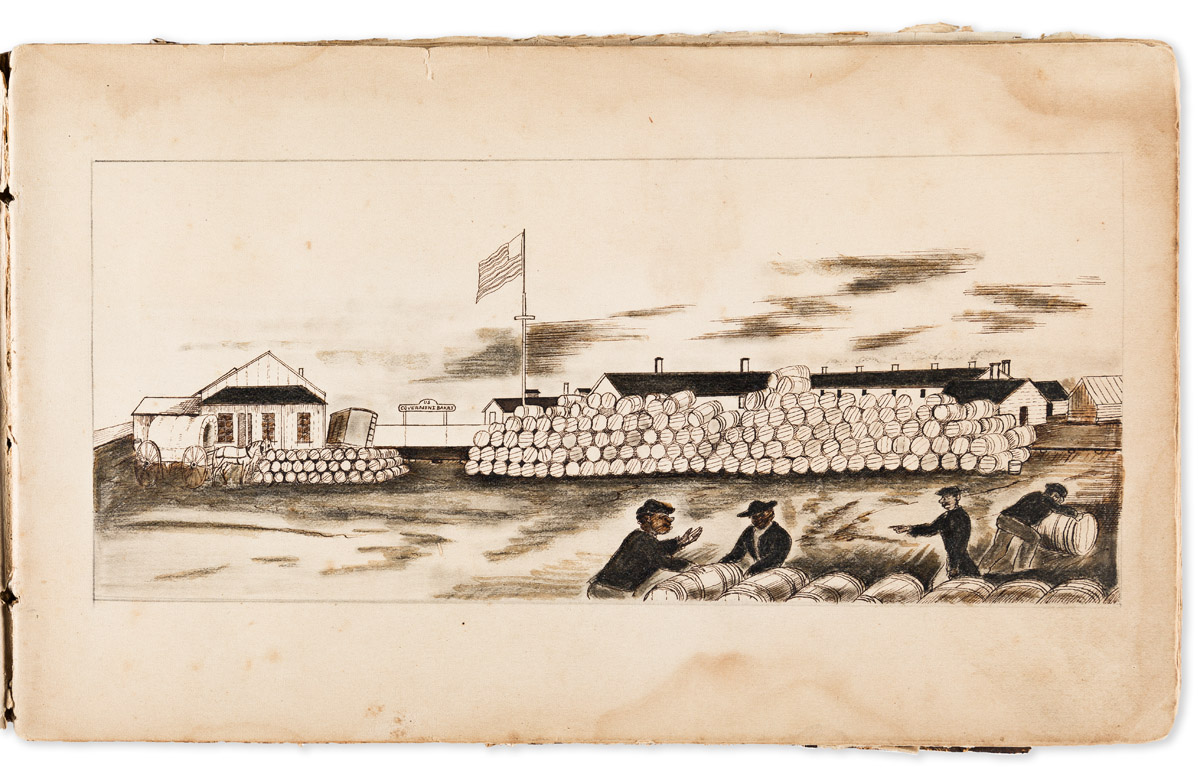