The wanted posters and circulars which fill most of this volume were compiled from police departments across the United States and Canada. Many were issued by the Department of Justice over the typed signature of J. Edgar Hoover. Among the more notable fugitives are: New York mobster Louis Cohen (1904-1939), wanted for murder, 15 June 1922 Bank robber Andy "Dutch" Kapler, whose mummified body is presently in the collection of the National Museum of Health and Medicine, 24 February 1922 Two posters for the DeAutremont brothers (Roy, Ray, and Hugh) who killed four men in a botched Oregon train robbery, 11 October 1923 Ponzi schemer Leo Koretz (1879-1925), a diabetic who embezzled $30,000,000 and later committed suicide by eating an entire box of chocolates, 15 September 1924 Infamous Newton Gang member Brent Glasscock and his wife Avis, 30 September 1924 Dave Brown (born 1895), one of the best pitchers in baseball's Negro Leagues in the early 1920s, who killed a man in a bar fight and was never apprehended, 23 July 1925 Greek-American film actor Eli Stanton / Elias Stassinopulos, wanted for rape, 25 September 1925 and much more. A few of the circulars are addressed to the Nemaha County sheriff in Auburn, NE; a handful are for Nebraska-related crimes, but most are from national manhunts.
The first pages of this volume record the prisoners at Nemaha County Jail in rural southeast Nebraska, listing more than 200 prisoners, along with their residence, age, height, weight, description, crime, and circumstances of discharge. 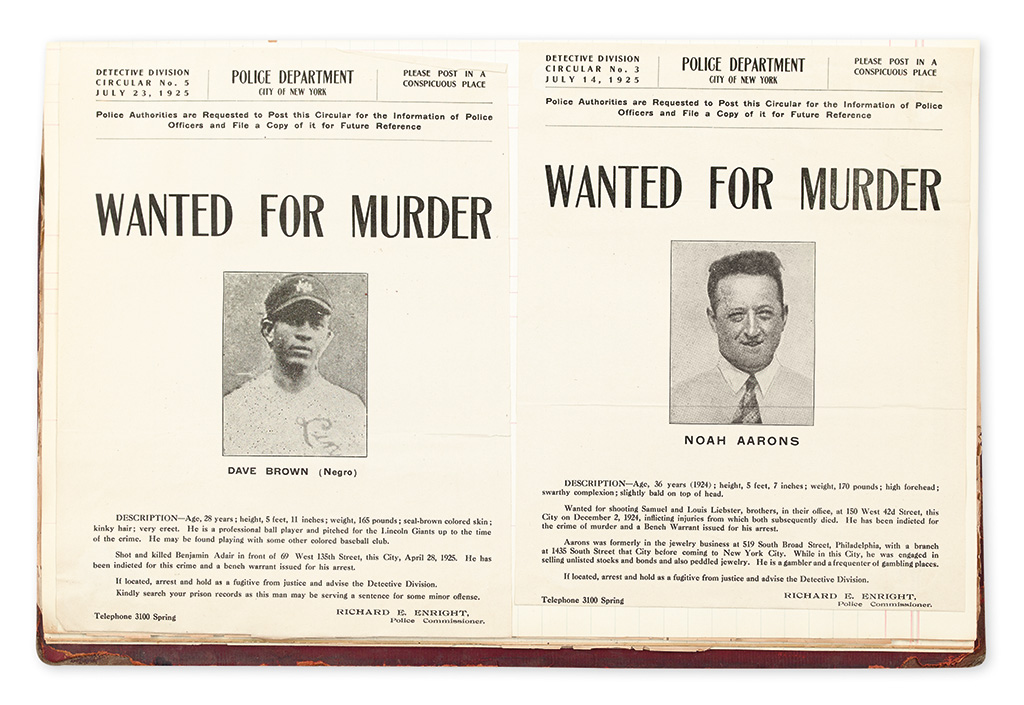