Ivan Black (1903-1979) was a publicist who represented musicians, actors, authors, and artists. This collection of his papers includes correspondence, press photographs, his address book, press releases, clippings, and more. Langston Hughes wrote on 22 April 1952: "Nice to have your note, and mighty nice to have run into you the other night. I was on Luncheon at Sardi's just last week. But have never been on the Herb Sheldon show. Wouldn't mind if you would find it convenient to arrange it." Adam Clayton Powell enclosed a speech with his signed note dated 3 March 1952: "This is a copy of my Universal Military Training speech which the New York papers would not handle but which the Washington papers did." Pianist Hazel Scott wrote an undated note circa 1943: "I am working damned hard now. Doubling. See a lot of Arch and Eleanor. We spent a weekend at their country place. I may get another chance to go up between pictures. . . . I'm in the new Broadway Rhythm. Technicolor!" The correspondence files also include letters from John Houseman, 1937; Lillian Hellman, 1941; Helen Keller, 1950; and Dorothy Parker, 1951. The photographs include Black with jazz musicians Thelonious Monk and Jimmy Witherspoon, Baroness Kathleen Annie Pannonica de Koenigswarter, and "Maurice", at a benefit show in 1966 (illustrated), and others depicting Harry Belafonte, Hugh Masekela, Miriam Makeba, Marlon Brando, Bette Davis, James Cagney, John Houseman, Joan Crawford, Lena Horne, Thelonious Monk, and Paul Robeson--plus a 1949 signed photograph of actress Lillian Gish. 5 folders are dedicated to the First Art Film Festival (featuring films about visual art) held in Woodstock, NY in 1951. One file is dedicated to publicity for "Dinner at Eight," an installment in the 1948 television program Philco Family Playhouse. Black had a wide-ranging client base--which makes for an eclectic collection. 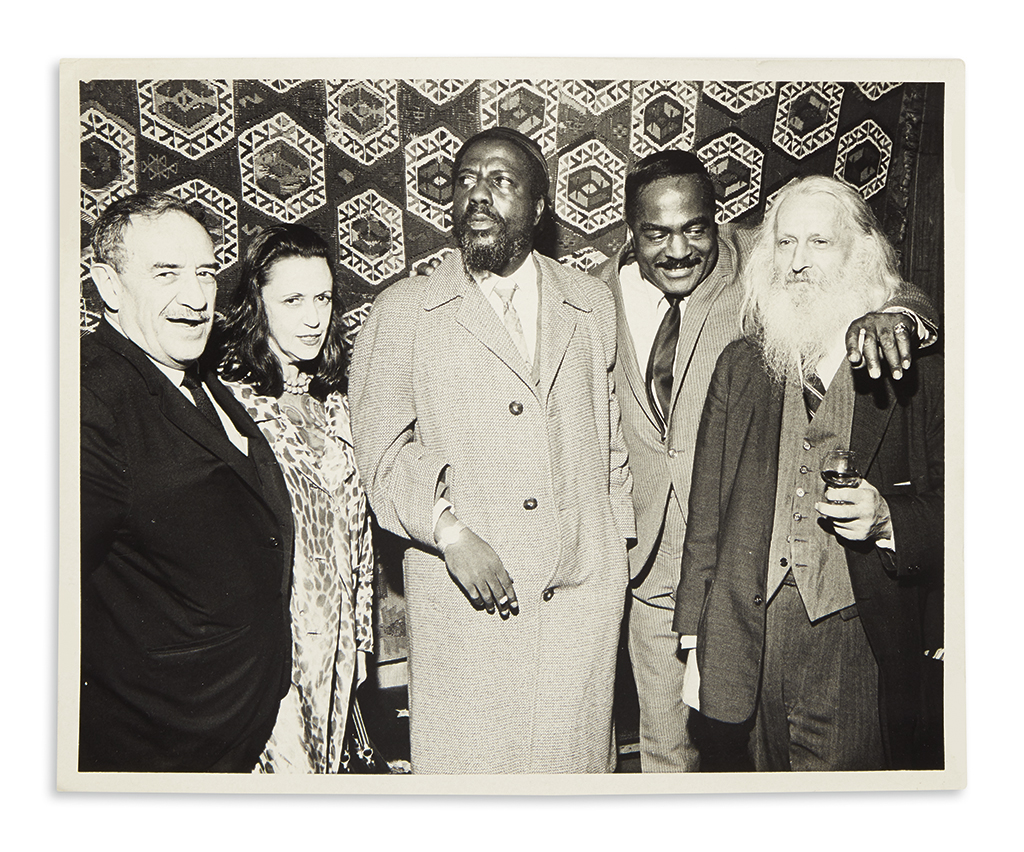