George Yamaoka (1903-1981) was born in Seattle, WA to Japanese parents. After graduating from the University of Washington and Georgetown Law School, in 1931 he became the first Japanese-American admitted to practice law in New York. In 1946, when war crimes trials began against Japanese war leaders, Yamaoka was appointed as counsel general for the defense, helping the defendants navigate the American military justice system and receive fair trials. He then built a prosperous New York law practice, often serving American businesses in the Japanese market.

Two copies of Yamaoka's birth certificate, one of them stamped for his 1946 passport application.

Packet of 15 photographs of the London Naval Conference, which Yamaoka attended as an aide to the Japanese consul, 1930.

39 miscellaneous photographs, including three formal portraits of Yamaoka, snapshots of Bank of Tokyo events, and snapshots from his funeral.

A thick folder on Yamaoka's genealogy, more interesting than most genealogical notes. When he came to prominence in the 1946 trials, it was learned that his father had come from a very prominent Japanese family but secretly emigrated to the United States under an assumed name.

Set of 4 autograph albums from an event in honor of Yamaoka (one entry is signed "to my friend George Yamaoka"), undated.

Photo album from a 1949 trip to Morocco.

Program from a visit to New York by Prince Akihito, 1960.

Bar certificate issued to Yamaoka by the state of New York, 22 December 1931.

Photograph of the concert pianist Manfred Malkin, inscribed to his pupil, Yamaoka's daughter, 1953.

Photograph of the Emperor Hirohito's visit to New York, with Yamaoka ("Bon Papa") in foreground, 1975.

Group photograph of the founding directors of the New York-based Bank of Tokyo Trust Company including Yamaoka, signed by each in mat, circa 1955.

Calligraphic memorial resolution by the same company issued upon Yamaoka's death in 1981. 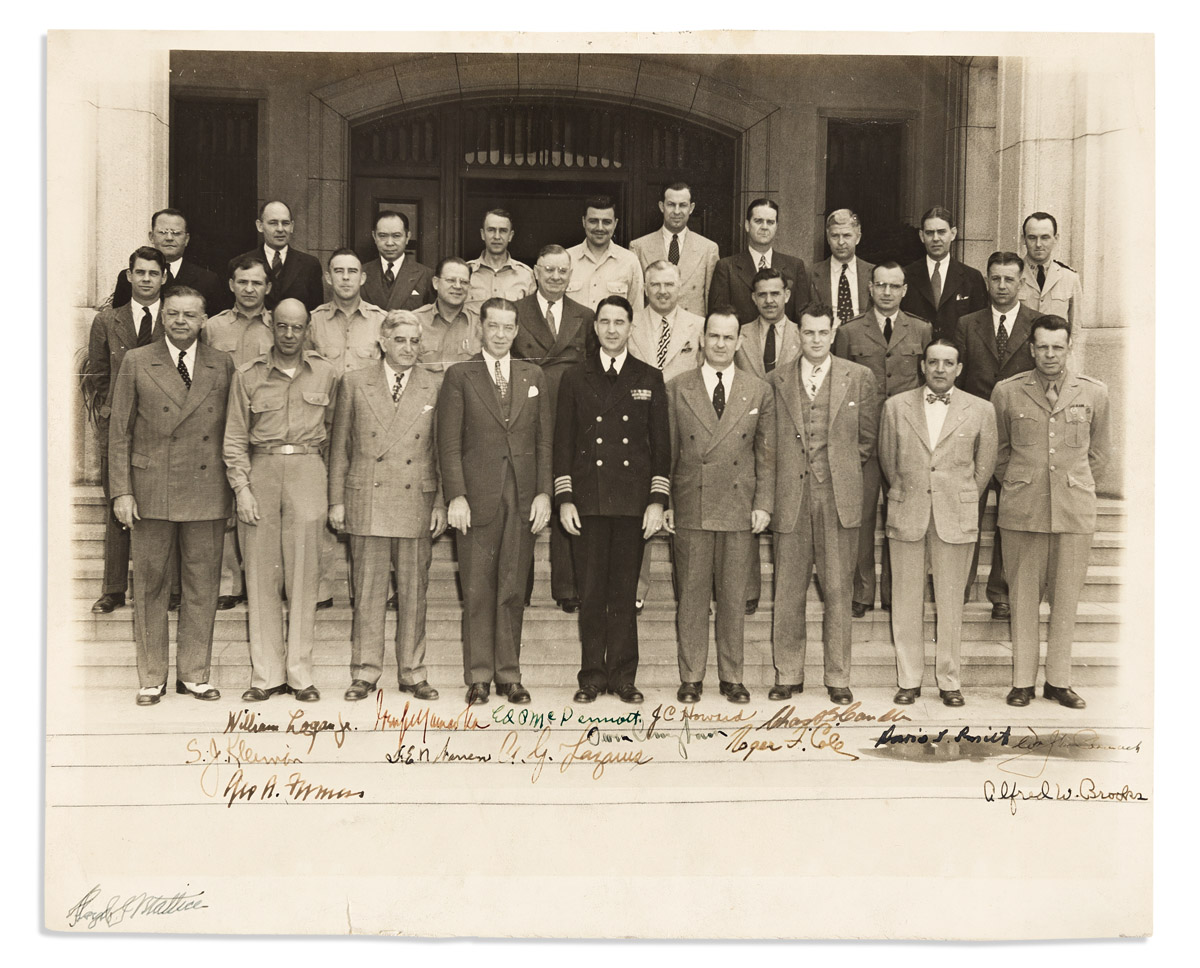