Benjamin Dyer (1793-1871) was a sea captain from Truro, MA near the tip of Cape Cod. This substantial collection of his papers includes his logbook kept as master of the ship Eli Whitney in 1846 and 1847 (partly as a contractor in the Mexican War) His business letter book, 1841-48 His business ledger, 1841-53 A file of 58 letters written him to his family from across the globe, 1818-51, with a detailed abstract of all letters prepared by a descendant Another file of 94 letters sent to Dyer by his family, 1832-60 His portable writing desk Articles of agreement for ship Olive Branch of Salem, Tuesday 18 August [1846?], signed by 11 crew members and more.
Captain Dyer's letters to his family are often interesting. He wrote on 21 March 1818 from Ramsgate, England: "Never were such destructive shipwrecks known as have been in this channel. The shores are lined with wrecks and dead bodies, and I have great reason to thank the ruler of the universe that I have not shared the same fate." He was caught up in a yellow fever epidemic in New York, writing on 13 September 1822: "The fever does not yet abate in New York. All the west part of the city is deserted, and a watch appointed to prevent any person from entering what is termed the infected district." In Savannah, GA on 22 March 1824, he describes watching a duel being fought: "They fought 8 paces distance and both fired together and one was badly wounded in the arm. If the ball had missed his arm, death must have been inevitable." Also in Savannah on 30 May 1824, he describes at length a woman instructing her slaves in religion.
During the 1840s, the best-documented period of this collection, Captain Dyer was the master of the ships Olive Branch and Eli Whitney. His logbook, covering 1846 and 1847, is of more than typical interest, being written in a time of war. On 4 July 1846 he observed a group of British battleships headed "probably for the west coast of Ireland. Possibly Paddy may be having a scrimmage, and this ship is going to keep the peace." On 17 July 1846 he wrote "I am not desirous to speak anyone this passage unless I am very certain he is not a Mexican privateer." While Dyer spent most of his career on merchant vessels, he took on two large cargoes of emigrant passengers from Europe to America, which he seemed to find interesting but exhausting. On 13 July 1846 en route from Havre to New York, he wrote: "The passengers having recovered from sea sickness appear in good health and spirits. This afternoon they tuned some old musical instruments and began to dance betwixt the main & mizzen masts, mostly waltzes around the after hatch, in which about 50 couples were engaged for the span of about four hours. . . . I should think them a good mass of German emigrants, about 1/3 of them are probably Jews. I feel anxious to get them to their destination as soon as possible and have a quiet ship again." He records the death of at least three small children on this trip. On Christmas 1846 en route from London to New Orleans, he wrote "We have music on the guitar and singing by a French young lady, a cabbin passage, but last evening they mustered the instruments among the steerage passengers and had a regular dance among them. They seemed to enter into it with heart and soul and contrived to polka until two bells. . . . Several of the passengers pretty much excited if not drunk." On 6 January he described the death of one adult passenger, concluding "Committed the body of Mr. Gatz to the deep, there to remain until the sea shall give up its dead."
Congressional records show that the Eli Whitney contracted in January 1847 to bring troops and supplies to the Gulf of Mexico. Thus Dyer records his arrival off Veracruz during the siege of that city. On 23 March 1847 he wrote "Proceeded up to the Island of Sacrifices. At 4 p.m. this day, the Americans open their fire from the trenches with bombs on the city of Veracruz, and kept up the firing through the night without cessation." 6 days later, he wrote with stirring patriotism: "The Mexican troops moved out of Veracruz and the Americans took possession of the city and castle. Saw the American flag when it first began to ascend the flagstaff on the Castle of St. John de Ula. Think the stars and stripes look beautifully waving over that fortress . . . . Every American ship of war fired a salute at the same time, what a banging." The next day he toured the ruined occupied city, and seemed to have mixed emotions: "What few Mexicans were to be seen look on me with a sort of stareing wondering you-have-no-business-here sort of a look. . . . All of them looked sort of sad, which was not surprising as probably but few but what had some relations killed during the bombardment." Additional notes are available upon request.

With--a large selection of hundreds of family papers of Captain Dyer's descendants: daughter Azubah Dyer Boardman (1833-11912), her son Harold Everett Boardman (1875-1954), and his daughter Evelyn May Boardman Levin (1909-1975) of Melrose, MA, and including material on genealogy, World War Two, and many dozens of family photographs. 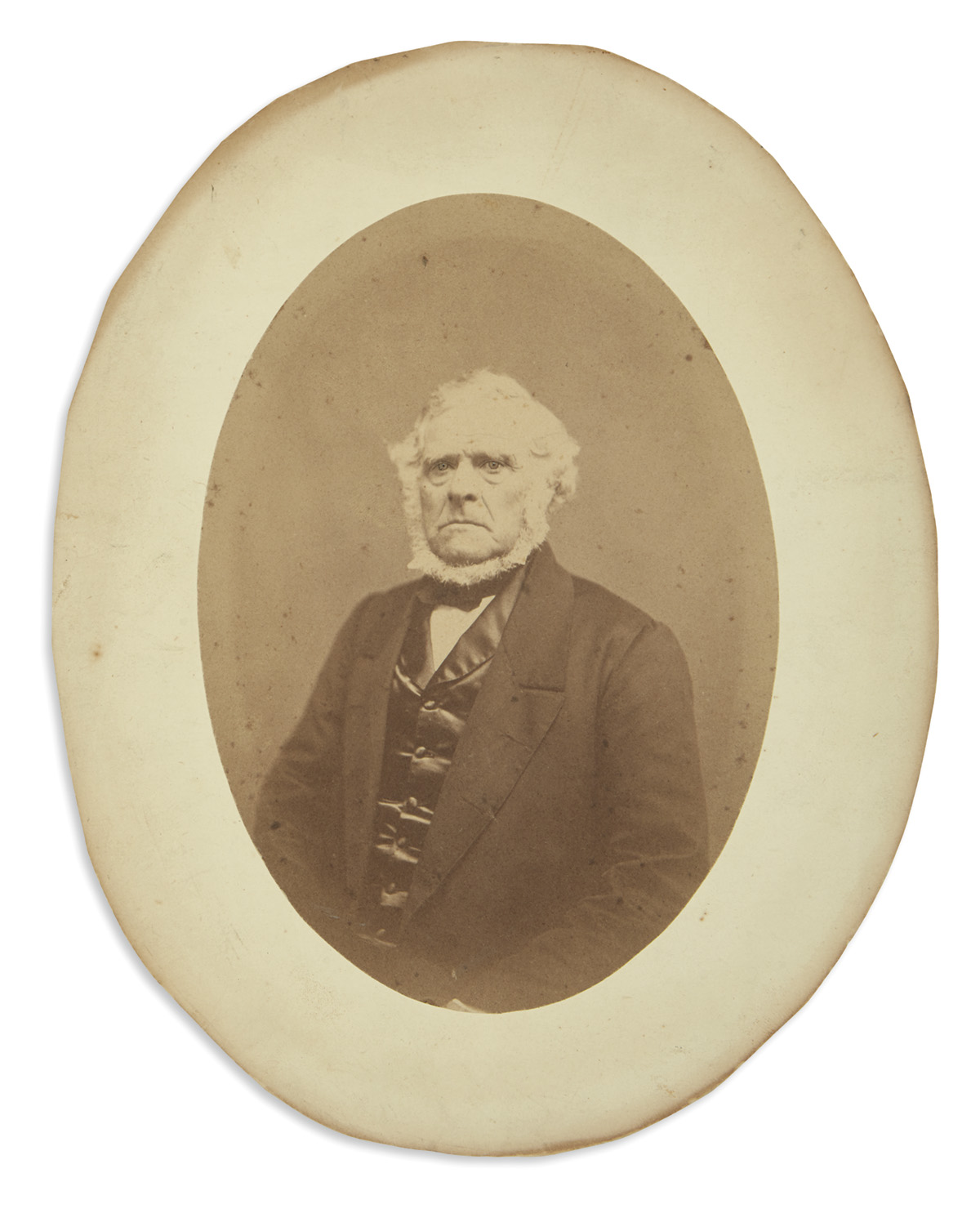