John Rowe Parker (1777-1844) was a Boston merchant who traded the usual variety of goods across the Atlantic and down the coast, but is best remembered for his important role in the young nation's music scene. From 1817 to 1823, he operated the Franklin Music Warehouse in Boston, selling imported European instruments and sheet music. From 1820 to 1823, he edited and published The Euterpiad; or, Musical Intelligencer, the first periodical of its kind in America, and wrote a regular column.
Almost the entire collection consists of Parker's incoming business and personal correspondence, most voluminous for 1803-08, 1813, 1820-23, and 1828-30. He began as a general merchant in Boston, in partnerships such as Smith & Parker, and Parker, Poor & Boyd. Cargoes included beer, wine, textiles, stationery, flour, and produce, and ports included England, Rhode Island, Trinidad, and Jamaica. Many of the letters from 1813 relate to the difficulties of shipping during wartime.
Most of Parker's correspondence from 1820 to 1823 relates to his music business: orders for violin strings and the latest compositions, a church requesting a new organ, bits of news or subscription requests for the Euterpiad. Among the important musical correspondents represented here are composer Oliver Shaw of Providence (11 letters, 1820-22), Philadelphia publisher George E. Blake (4 letters, 1820-22), Italian-born composer Charles Nolcini of Portsmouth, NH (2 letters, 1822); and publisher and composer John Cole of Baltimore (2 letters, 1821-22). Much of the 1828-30 correspondence relates to an entirely new endeavor--a semaphoric marine telegraphy business based in Boston and Portland. This wide-ranging collection will appeal to many interests, but the importance of Parker's musical operations probably surpasses them all. 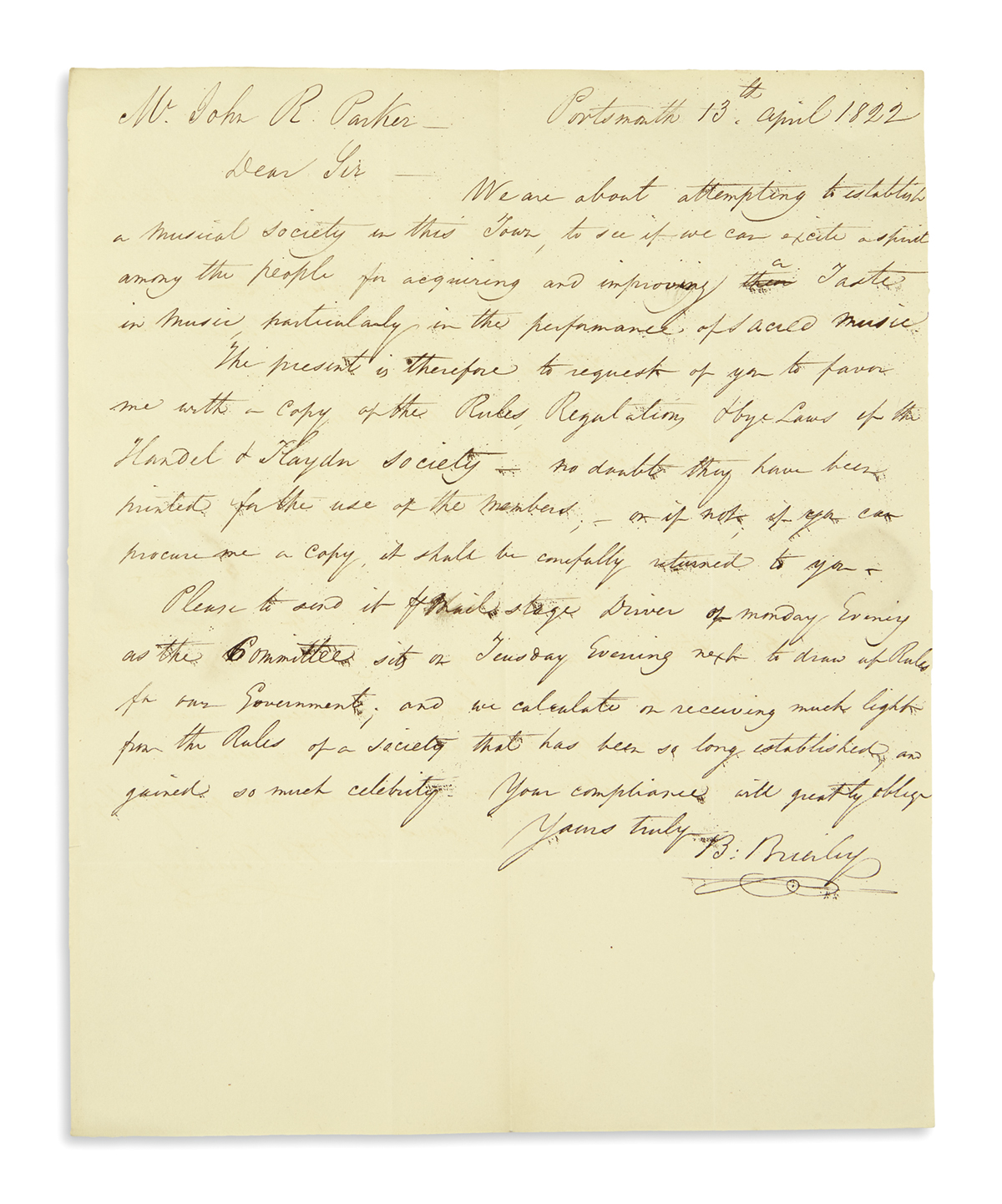