Sor Juana Inés de la Cruz (1648-1695) was a Mexican nun at the San Jerónimo Convent who, against all odds, became a prolific and well-regarded poet. Her prominence as an intellectual began to bring her in conflict with the church leadership after 1690. Two volumes of her collected works were published in 1689 and 1692 (a posthumous volume followed in 1700) which contain virtually all that remains of her writings. In 1693 and 1694, she ceased writing, was forced to sell her extensive book collection, publicly repented, and was restricted to charity work among the poor. In 1695, while tending to her fellow sisters during an epidemic, she became fatally ill. Her reputation has only grown over the centuries. She now ranks among the most enduring literary figures of colonial Mexico, and a proto-feminist icon. Offered here is a set of early editions of her collected works, as follows. 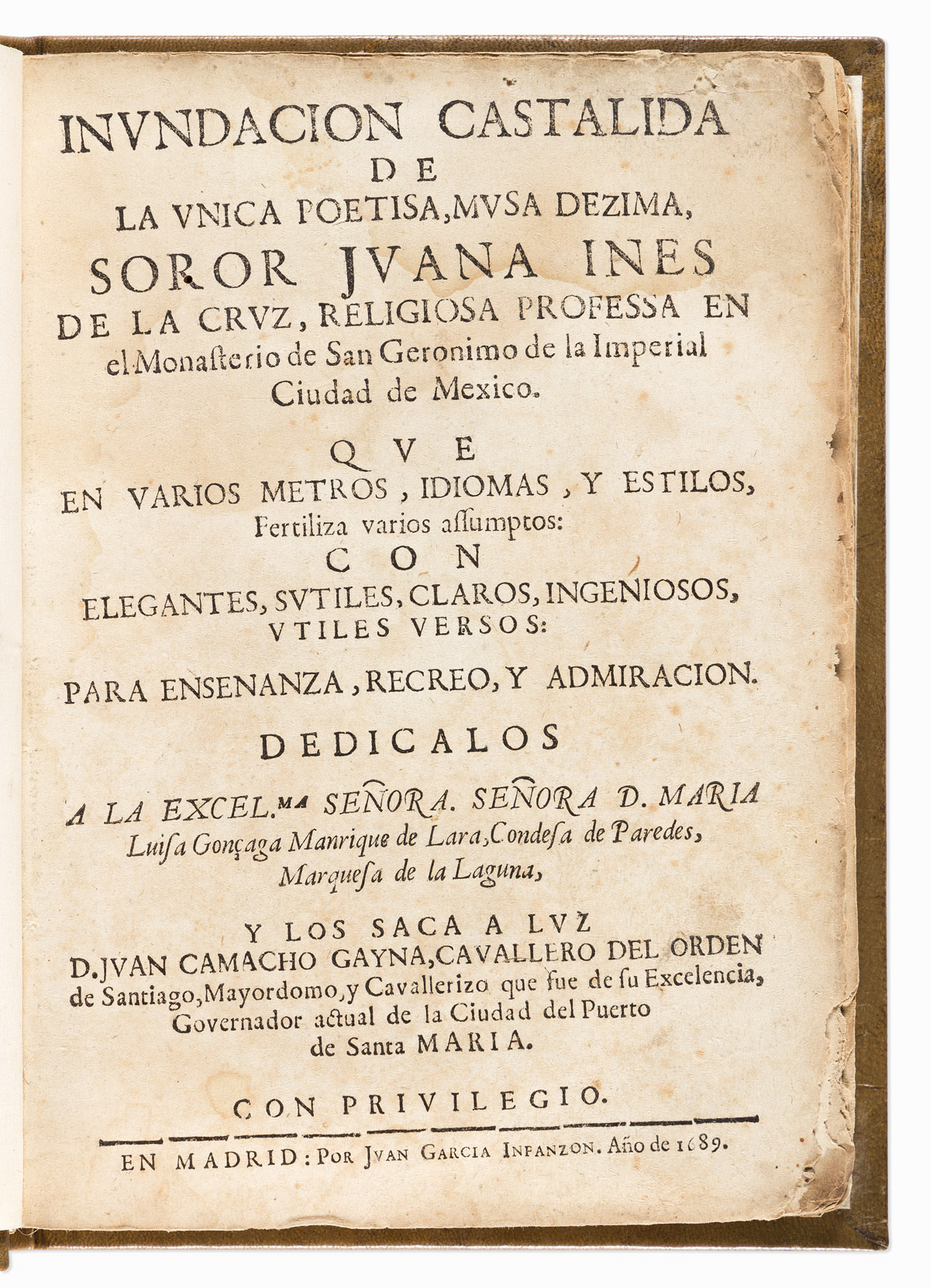