Frederick Granger Williams Smith (1836-1862) was the second of four surviving sons of the prophet Joseph Smith. He was born in Kirtland, OH, and came to Nauvoo, IL with his family in 1839. When the bulk of the community went west to Utah in 1847, he remained in Nauvoo with his mother and brothers. He died young after a long illness. His only child Alice Fredericka Smith (1858-1932) never married, so Frederick left no descendants.
This photograph shows a seated young man from the waist up. He holds a book, perhaps a bit too small to be a first edition Book of Mormon, but of about the same size and thickness of the 2nd, 3rd, and 4th editions. The photograph does not bear any contemporary inscription, but was passed down through several generations of Smith descendants and was positively identified in 2001 as Frederick G.W. Smith by Ronald Romig, archivist of the Community of Christ, an assessment seconded by the denomination's historic sites coordinator Lachlan Mackay and by artist Dee Jay Bowden, a specialist in LDS historic portraiture.
Provenance: consigned by a descendant of Hyrum Smith, brother of Joseph. The Hyrum Smith branch of the family went west to Utah, while Joseph's children remained in Nauvoo, IL. The consignor hypothesizes that the photograph may have been given to Hyrum's son John Smith during his 1860 visit from Utah to Nauvoo--the Smith cousins had been close as children before the 1847 migration had divided them. On John Smith's return to Utah, he would have given this daguerreotype to his sister Jerusha Smith Pierce (1836-1912), who had been born the same year as her cousin Frederick G.W. Smith. From her it would have passed to her daughter Hannah Pierce Beckstead (1855-1916), her daughter Almira Beckstead Johnson (1884-1967), her daughter Lois Hazel Johnson Howard (1908-1994), and her daughter Janice Howard Talbot (1937-2016), who knew it as a treasured family heirloom. It is consigned by her son Robert D. Talbot. For a full account of the photograph's discovery and identification, see Robert D. Talbot, "Discovery of a Rare Daguerreotype of Frederick Granger Williams Smith, Second Surviving Son of Joseph and Emma Hale Smith," in Mormon Historical Studies 3:1 (2002), pages 91-98, included with the lot. 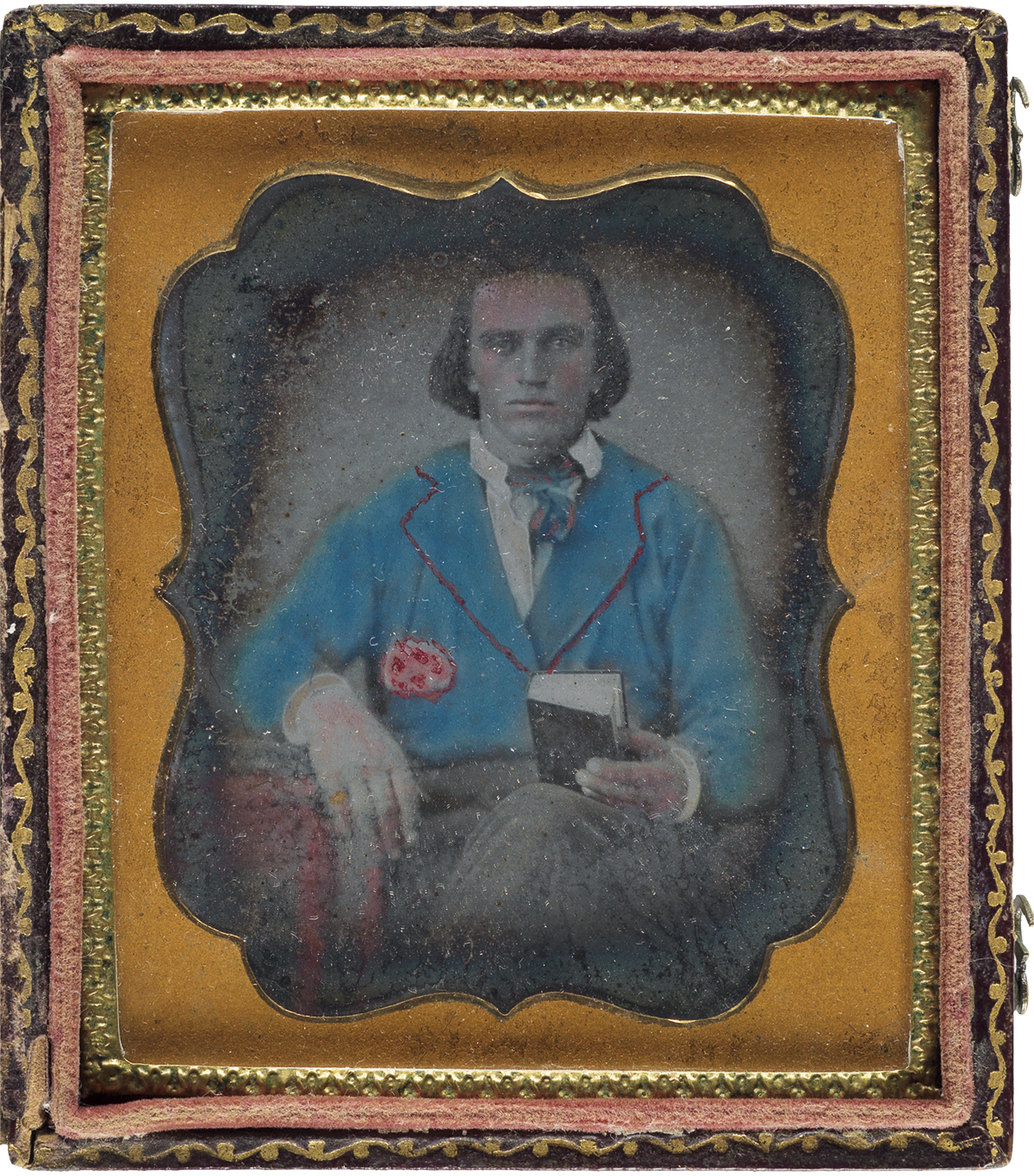