The Rev. George Lane (1784-1859) was an itinerant Methodist preacher in western New York, best known to history as the possible inspiration for Joseph Smith's "First Vision." In "History of Joseph Smith, the Prophet," Smith recounted that near where he was raised in Palmyra, NY, prevailed "unusual excitement on the subject of religion. It commenced with the Methodists, but soon became general among all the sects in that region of country." In the early spring of 1820, he went into the woods to pray, and had his first vision. He then reported that "Some few days after I had this vision, I happened to be in company with one of the Methodist preachers, who was very active in the before mentioned religious excitement; and, conversing with him on the subject of religion, I took occasion to give him an account of the vision." Joseph Smith never named this Methodist minister, but his brother William Smith credited the vision to "the preaching of a Mr. Lane, an Elder of the Methodist Church."
At the front of this volume is an albumen photograph which resembles a commonly seen 1826 engraving of Lane from Methodist Magazine. The photograph appears to show Rev. Lane not long before his death--the albumen photograph was just coming into vogue in the late 1850s. The six documents which follow are all appointment certificates issued to Lane by various officials in the Methodist Episcopal Church. The first two are permissions to preach made out entirely in manuscript, were issued by the Tioga Circuit of western New York, and were signed by presiding elder Joseph Jewell in 1804 and 1805. The next three were made out to Lane using printed forms: Lane's appointment as a deacon by Francis Asbury in Philadelphia, 1807; and as an elder by William McKendree of Philadelphia in 1808 and in Lyons, NY in 1810. Lane left the ministry shortly after this 1810 certificate to run a general store in Pennsylvania. He returned to the circuit in 1818. The final certificate in this volume, entirely in manuscript, was issued by Elijah Hedding in Lansing, NY, in 1825, and re-establishes Lane's status as an elder. This scrapbook was apparently compiled in the late 19th century, presumably by a Lane descendant.
References: Larry C. Porter, "Reverend George Lane," in BYU Studies 9:3 (Spring 1969), pages 321-340. Also, Swann recently handled a diary of another Methodist who described Lane's preaching in western New York in 1820 (see our 17 November 2016 catalogue, lot 226). 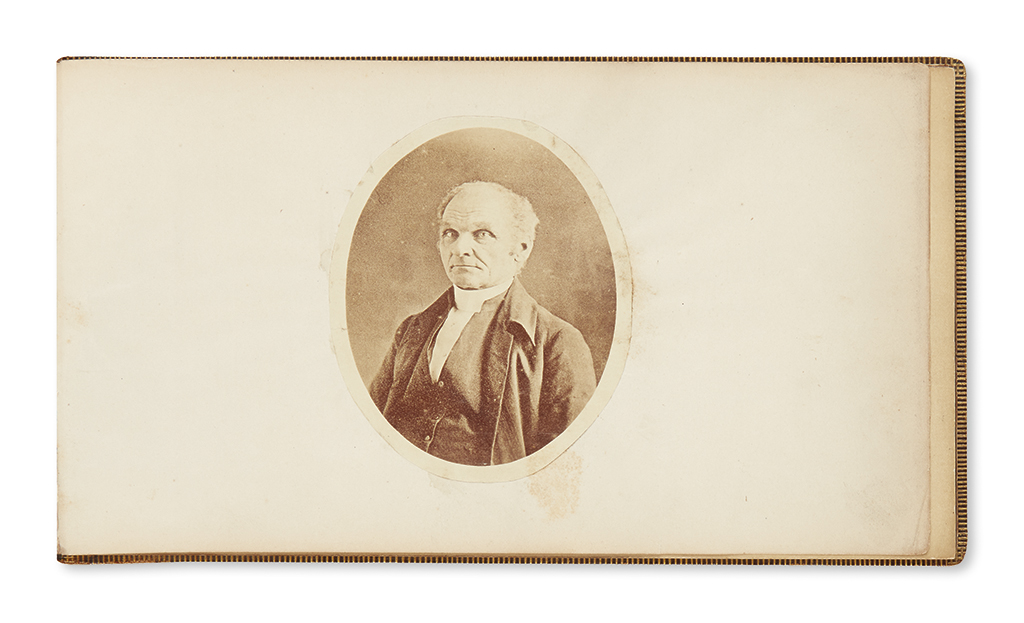