William Wines Phelps (1792-1872) was a central figure in the early years of the Latter-Day Saints. A newspaper publisher in small-town Canandaigua, NY in the late 1820s, he purchased a Book of Mormon in April 1830, and soon became a leader in the faith's new settlement at Independence, Missouri. There, he published the Evening and the Morning Star newspaper and began publishing the Book of Commandments until his press was destroyed by a mob in July 1833. At that point most of the Missouri members returned to Kirtland, OH, but Phelps wrote this letter from Liberty, MO, a few miles north of Independence (and now a suburb of Kansas City).

This letter is addressed to Oliver Phelps, a prominent lawyer from his old home town of Canandaigua, NY, now living in the nearby state capital of Albany, NY. Despite sharing a last name and home town, the two were apparently not close relatives. William wrote (in part):

"I ask of you as a signal benefit for myself, as well as the perusal as distinguished partisans of the Jackson party in this region, that you will have goodness to forward to me, while the session of the New York legislature, one of the semi-weekly papers of Albany. . . . I am located about 2,500 miles from you, still I have an anxiety to know how the Empire State maintains her dignity amid the crowd of nations that exist, and are striving to burst into being. I have an eye to the world as it is marshalling itself for some great event and, as ever, I feel a warm desire to act well my part, and enjoy the confidence of all, both friends and foes."

This letter makes no direct reference to Phelps's religious faith or activities; his conversion had been controversial in Canandaigua, and thus probably not a point to bring up when asking for a favor. However, his apocalyptic description of the "world as it is marshalling itself for some great event" would have no ready explanation in the national news at the time (Jackson had been re-elected the previous year), and might suggest his frame of mind after having his business recently burned by an angry mob. Why he wanted access to New York state political news is also a mystery; he may have been curious whether the Saints were getting any media coverage.

We know of no earlier extant Phelps letters. Brigham Young University and the Church History Library each have substantial William Wines Phelps collections with letters dating as early as 1835. 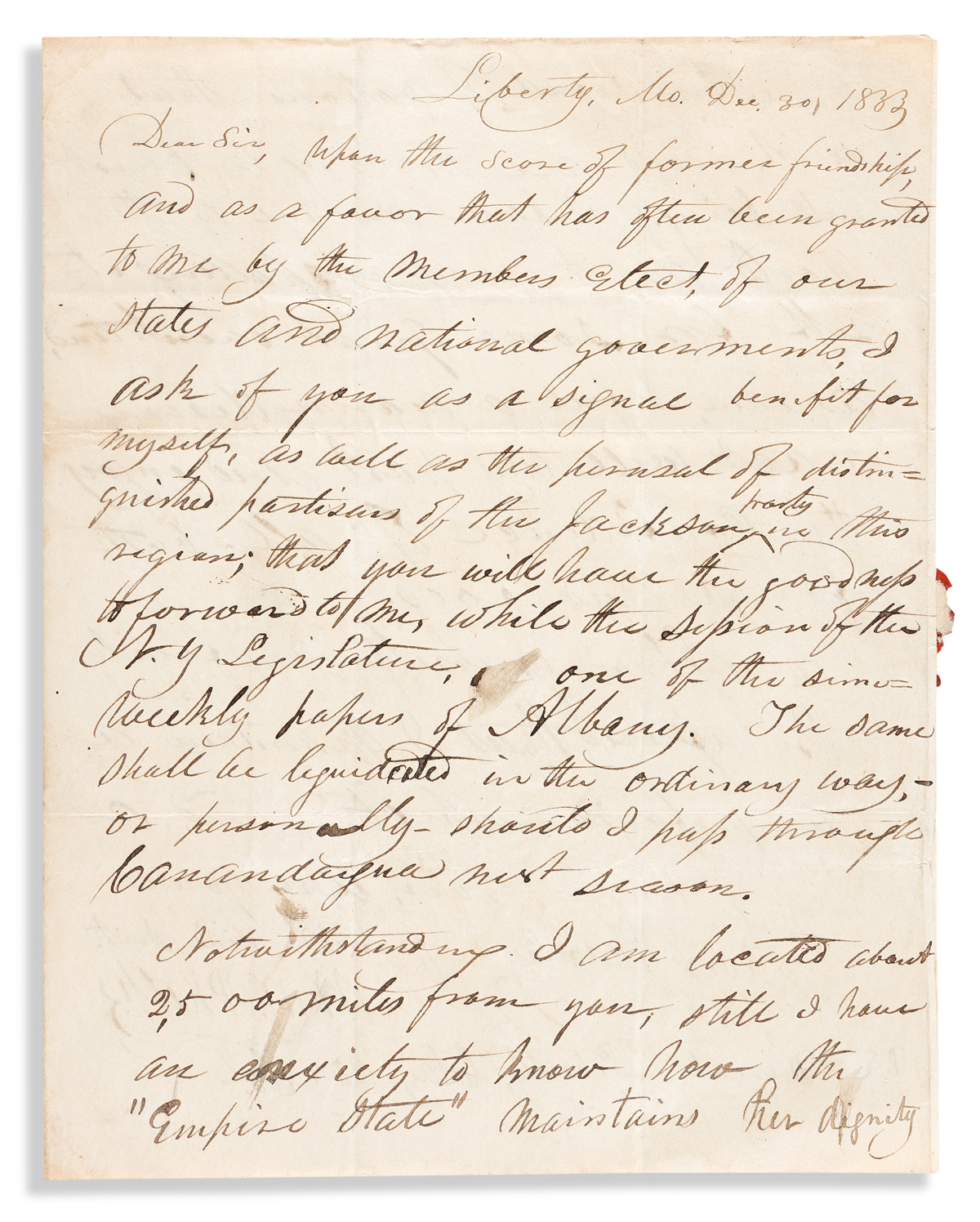