"During this painful operation, most of these young men, as they took their position to be operated upon, observing me taking notes, beckoned me to look them in the face, and sat, without the apparent change of a muscle, smiling at me whilst the knife was passing through their flesh, the ripping sound of which, and the trickling of blood over their clay-covered bodies and limbs, filled my eyes with irresistible tears. When these incisions were all made, and the splints passed through, a cord of raw hide was lowered down through the top of the wigwam, and fastened to the splints on the breasts or shoulders, by which the young man was to be raised up and suspended. …He was thus raised some three or four feet above the ground, until the buffalo heads and other articles attached to the wounds swung clear, when another man, his body red and his hands and feet black, stepped up, and, with a small pole, began to turn him around. The turning was slow at first, and gradually increased until fainting ensued, when it ceased. In each case these young men submitted to the knife, to the insertion of the splints, and even to being hung and lifted up, without a perceptible murmur or a groan; but when the turning commenced, they began crying in the most heartrending tones to the Great Spirit, imploring him to enable them to bear and survive the painful ordeal they were entering on. This piteous prayer, the sounds of which no imagination can ever reach, and of which I could get no translation, seemed to be an established form, ejaculated alike by all, and continued until fainting commenced, when it gradually ceased. …what that double agony actually was, every adult Mandan knew, and probably no human being but a Mandan ever felt. …Each body lowered to the ground appeared like a loathsome and lifeless corpse. No one was allowed to offer them aid whilst they lay in this condition. They were here enjoying their inestimable privilege of voluntarily entrusting their lives to the keeping of the Great Spirit, and chose to remain there until the Great Spirit gave them strength to get up and walk away." 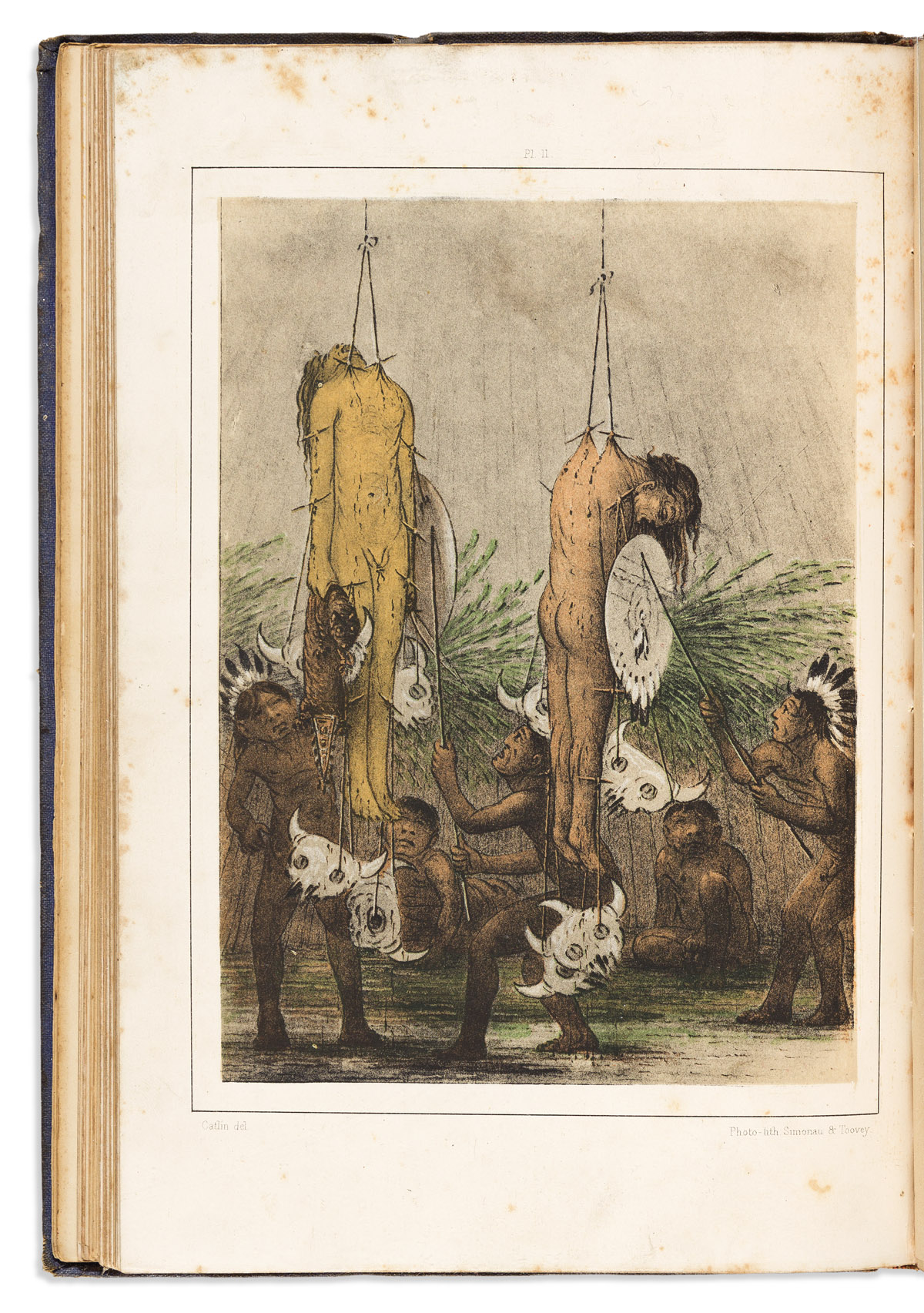 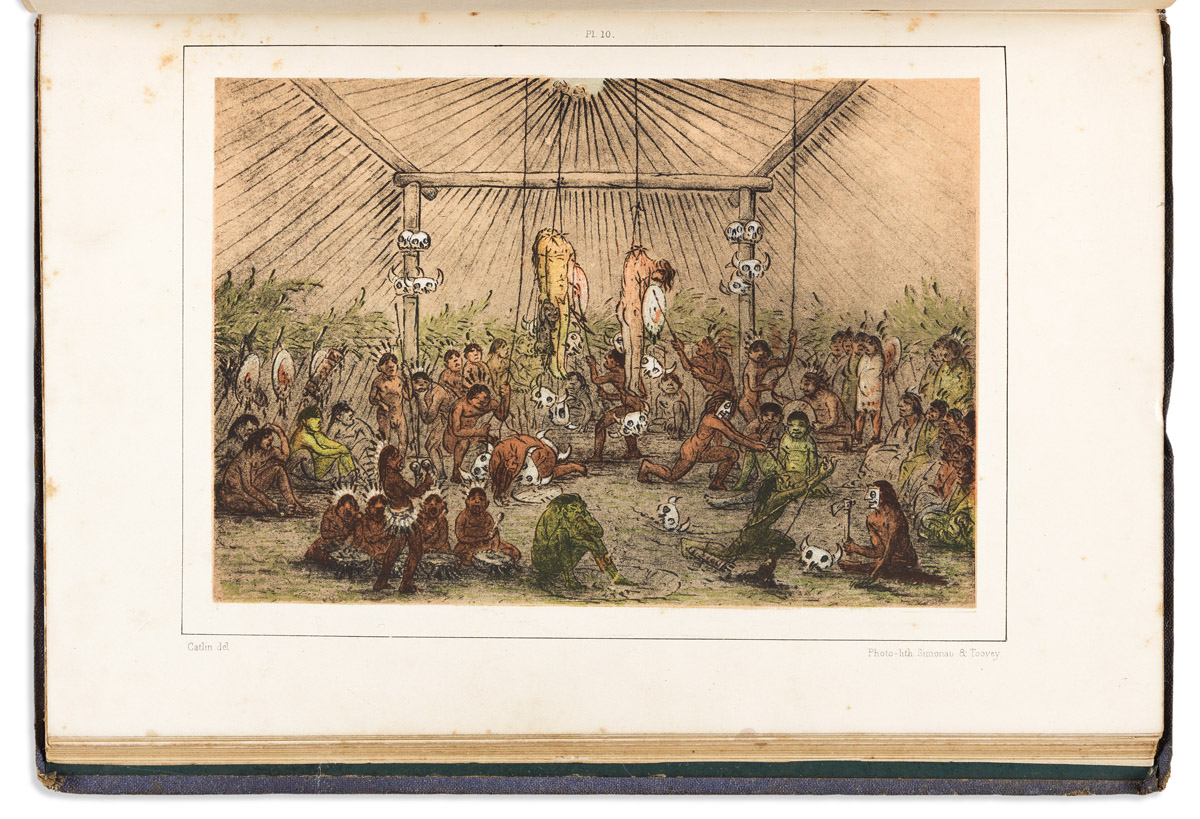