This volume was used by several generations of a family over a period of a hundred years, and consists of 4 sections: a daybook, 1780-1807, in 70 pages (all partially excised) Blacksmith's ledger, 1790-1801, in 132 pages Farm ledger, 1820-25, in 44 pages Scrapbook of clippings and ephemera laid over older ledger pages, 1860-79 with a few older items, in 98 pages.
The blacksmith ledger is largest and probably most significant. It was apparently kept by Albert Albertson (1739-1819), a native of Oyster Bay, Long Island. The customers in the earliest entries can largely be found in Brooklyn in the 1790 census; many of the later customers along with Albert Albertson can be found in Manhattan's Ward 7 in the 1800 census. Albertson charged his customers for nails, hasps, harrow teeth, horseshoes, and linchpins, as well as repairs to carriage wheels, sharpening shears and axes, and much more. He did some of this work as "Albertson & Son," probably with his son Samuel (born 1770), who appeared next to him in the 1800 census and is mentioned in an account on page 157.
Filling out the volume is a short farm ledger from 1820-25 signed by Albert's son James Albertson (1782-1859) of Oyster Bay. 98 pages of the volume were later used as a scrapbook by another family member, probably James's daughter-in-law Susan Wright Albertson (1827-1910) or granddaughter Mary Adelia Albertson (1851-1896) of Oyster Bay. Several entries reference the Wright family. In addition to newspaper clippings (many relating to Long Island), it includes 12 tintypes and cartes-de-visite (one of Tom Thumb), 16 calling cards, bits of manuscript verse, an original hand-colored drawing of a woman, and an 1868 broadside, "Original Songs to be Sung at the Bi-Centennial Celebration . . . of the Settlement of Glen Cove" (no copies traced in OCLC or elsewhere). 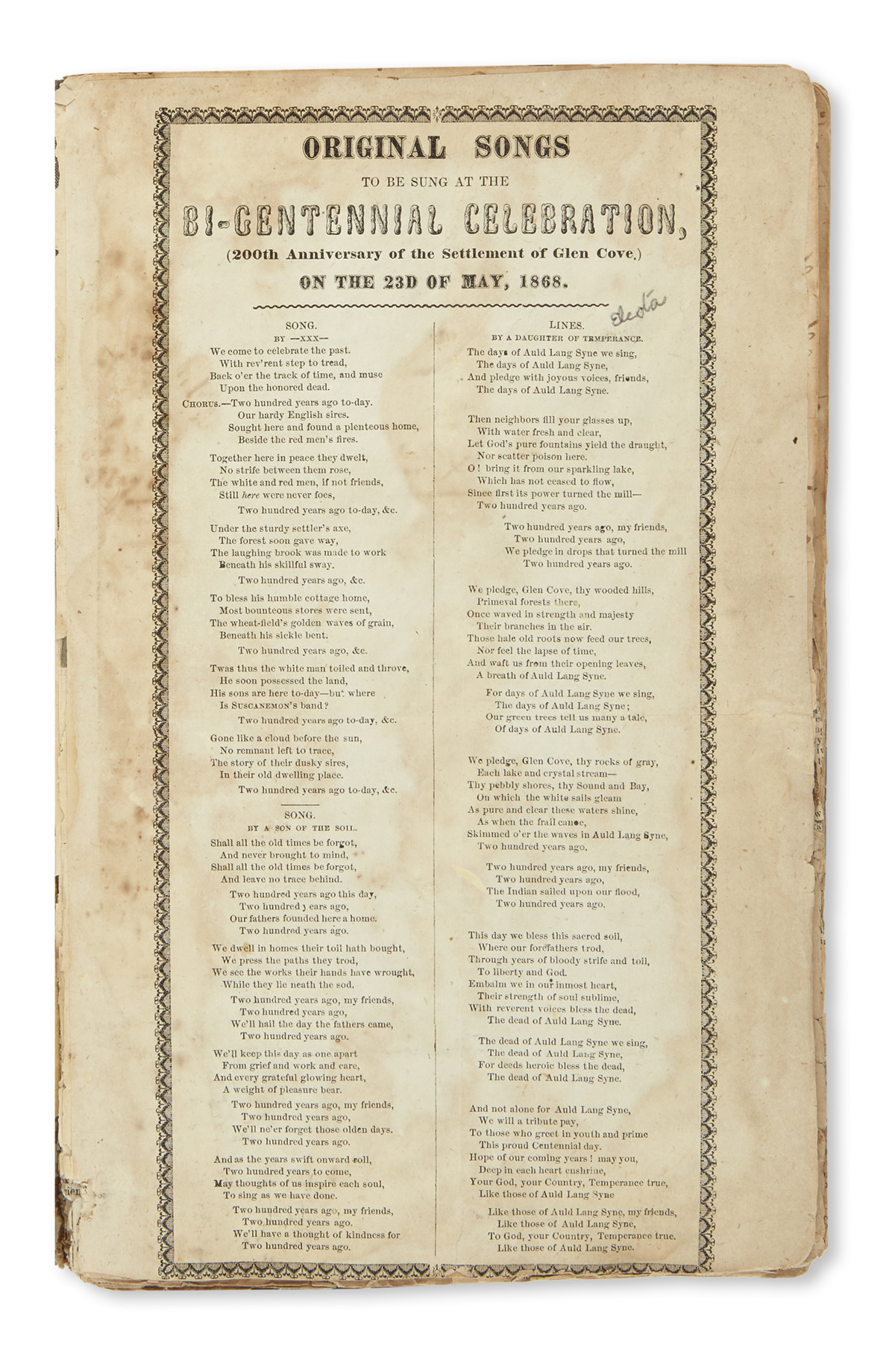