This rich file of correspondence sheds light on the early years of photography in America. The daguerreotype was introduced to the public in France in 1839, and reached New York later that year. The primary correspondents in this archive are two young daguerreotype artists, Philemon Beecher Marvin (1830-1882) and his cousin Jacob Shew (1826-1879). Most of these letters are addressed to Philemon's parents Langdon Ithiel Marvin (1805-1869) and Laura Beecher Marvin of Fish House village, part of Northampton in northern New York.
The 8 Jacob Shew letters are dated from 1847 to 1849. He had previously served as manager of John Plumbe's National Gallery in Baltimore, and was now operating his own studio while studying medicine in his spare time. On 23 March 1847, he assures his aunt that "I am now taking pictures again," comments on a self-portrait he had recently sent her "with all my ugly beard on," and assures her that her son "Philemon gets along well in the daguerreotype business--there are but few that can take as good a picture as he does who have been at the business no longer than he has." His 1 March 1848 letter reflects at length on the death of John Quincy Adams, and his 28 August 1848 letter describes the recent Whig presidential convention as "a miserable abortion . . . illegitimate as well as deformed." He planned to support the Free Soil Party. Perhaps most interesting is his 21 December 1848 letter on the great topic of the day: "The universal prevalence of the Calafornia yellow fever, or gold mania. . . . Of the existence of gold in large quantities in Calafornia I can doubt no longer. . . . That many will be disappointed, who go in search of it, thinking that they can pick it up without toil and effort, is certain. . . . I have often and seriously thought of trying my fortune in this El Dorado of modern times." Shew did go west early in 1849, opening studios in Sacramento and San Francisco, where he committed suicide in 1879.
The collection also includes 27 letters dated 1845-58 from Philemon B. Marvin, Jacob's cousin and a daguerreotype artist in his own right. His 13 January 1847 letter was apparently written shortly after starting work at a Philadelphia studio at the age of 16: "I took my likeness, intending to start it as quick as I could, but we were so busy in the afternoon that I had not time to put it up, so it will start today. It is not a good specimin of my daguerreotype, for it was taken in a hurry. . . . Cousin Jacob has been unwell for some time. He was preparing some bromine and he inhaled the gass in such a quantity as to affect him seriously for a day or two. . . . Last week Cousin T and I went up to the Penn monument . . . in a little while I am going to make a daguerreotype view of it." On 29 March 1847 he wrote "We are prety busy now taking pictures, and we sell good deal of stock too." On 30 April 1847, he discusses his plan to go into business on his own account: "If I should get an apparatus . . . I should calculate to take pictures enough around the country to pay for it, and then I should have the pleasure of taking friends extra, and you know we would value the likeness of deceased friends very highly. . . . the operator that was at the Fish House had not got much gumption or he might have taken some pictures. I could get up excitement enough to take one or two, I know. If with nothing else, I could with a show of good pictures."
In 1848, Marvin went to work for a year as assistant to the daguerreotype artist Rensselaer Churchill in Albany, NY: "He appears very pleasant . . . since I have been here we have done a first-rate business. Saturday, took some 10 or 12 pictures &c" (1 October 1848). On 10 February 1849, with business slow, Churchill offered to send Marvin on an expedition to Fish House, his home town: "I told him I thought I could, that I knew a number that wanted me to take them &c. He now thinks he will have me out there in a week. . . . It will not cost me anything, and I am to have half the profits." By 1857, he was apparently out of photography and running a grocery store; he later served as an officer in the Civil War. 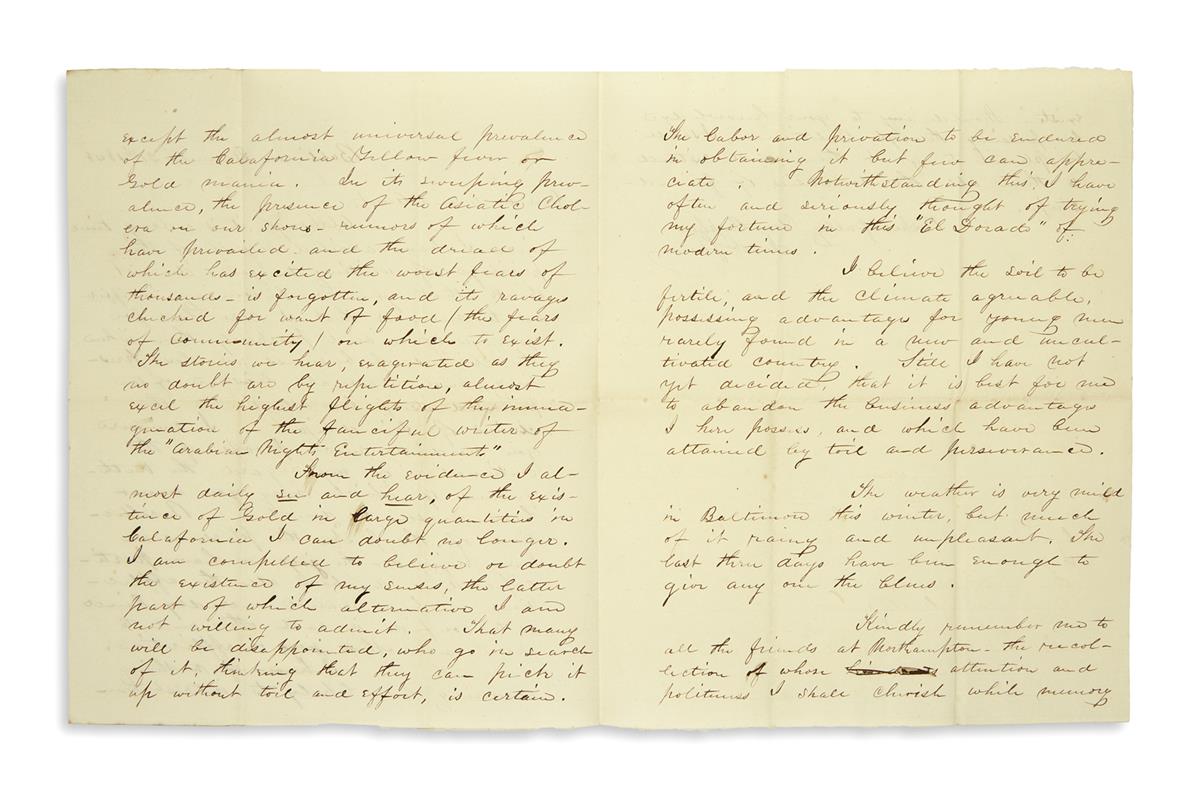