Unsold
Estimate: $ 4,000 - $ 6,000
(PHOTOGRAPHY.) Mathew B. Brady; photographer. Delegates to the International American Conference. 44 albumen photographs, each 13 x 7 3/4 inches to sight, inserted into 22 original gilt-lined mat leaves, some numbered lightly in pencil, and one (#17) signed by Brady in the negative; plus a printed contents leaf listing 41 of the sitters and their titles, with 4 others added in manuscript. Folio, 17 x 12 inches and 4 inches thick, original gilt morocco, tastefully rebacked and conserved, lacking one clasp, with alternate title "Album of Delegates to the International American Conference" stamped on front board; endpapers renewed, several small worm holes in images and mats, minor wear to contents, minor dampstaining to the bottom edges of the last few mats, moderate fading and toning to portrait #30 and the facing portrait where the album had apparently laid open for a long period. Washington, 1890
Set Alert for Similar Items

This album represents two important milestones: the end of Mathew Brady's career as the most renowned American photographer of the 19th century, and the birth of what became the Organization of American States.

The American politician James Blaine (1830-1893), best known as the losing candidate in the 1884 presidential election, served as Secretary of State from 1889 to 1892. Blaine had an expansive vision of the nation's role on the international stage, and convening the First International Conference of American States was one of his first accomplishments as the nation's top diplomat. Held from 20 January to 27 April 1890, it brought together 27 delegates from 17 nations. A secretariat was established on 14 April which evolved into today's Organization of American States. The date is still observed as Pan-American Day.

The work of photographing the delegates was given to Mathew B. Brady (1822-1896), revered for his pioneering work from 1844 through the Civil War. By 1890, he had gone through bankruptcy and was in poor health, just six years away from an ignominious death in a hospital charity ward. His most recent major commission had been an 1888 album of the members of the 50th Congress. He was later hired to produce a similar album of the 1891 Patent Centennial, but no examples are known.

Among the most well-known delegates represented here are Blaine, who leads off the album as portrait 1; wagon manufacturer Clement Studebaker, #22, and industrialist Andrew Carnegie, #25. Among the Latin-American delegates were two future presidents of Argentina, Manuel Quintana and Roque Sáenz Peña; and a former president of Ecuador, José María Plácido Caamaño. Philippe Hannibal Price of Haiti appears second in the volume. Delegates from Peru, Guatemala, Colombia, Uruguay, Costa Rica, Paraguay, Brazil, Honduras, Mexico, Bolivia, Venezuela, Chile, and El Salvador are also represented. The final image shows the Wallach Mansion on Massachusetts Avenue, where the conference was held. 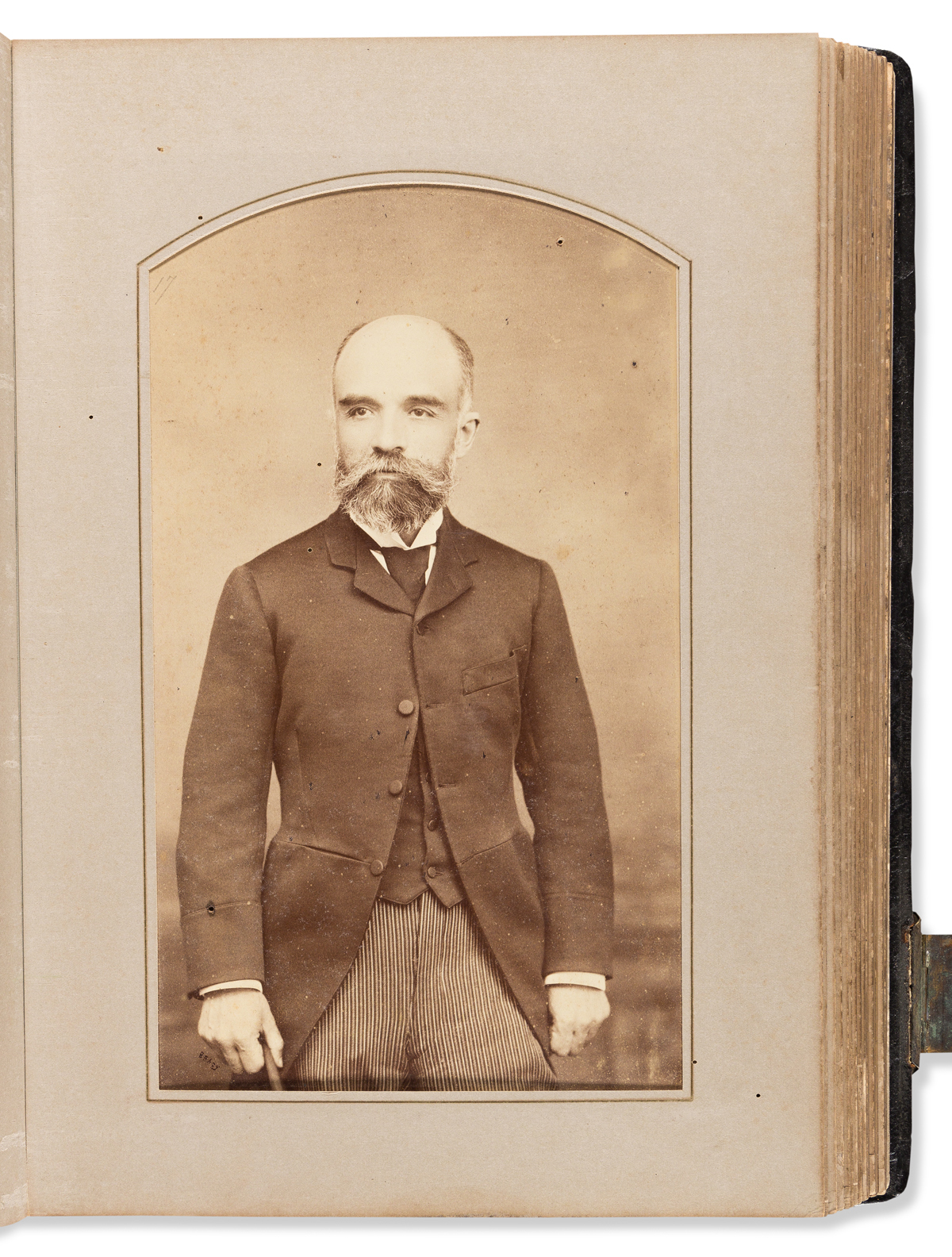