"The Massachusetts Grand Railway March, as Played by the Boston Brigade Band." Undated, but with a note on the outer blank that it came from an 1828 volume of sheet music, "thus it would appear to be certainly one of the earliest rail road sheets of music." Boston: John Ashton, undated.

"The Alsacian Railroad Gallops" by J. Guignard. Philadelphia: A. Fiot, 1845. 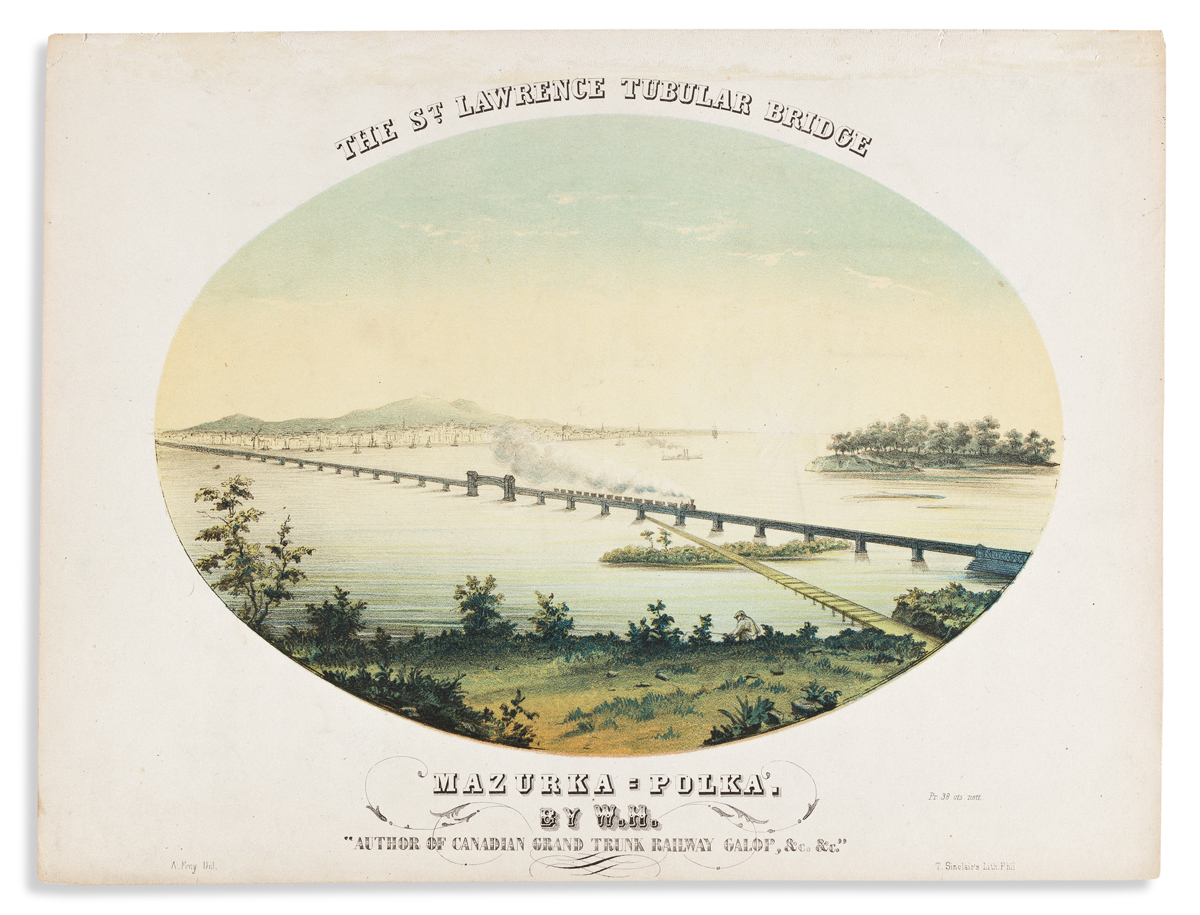